by Ben Shelley about a month ago in Humor
Report Story 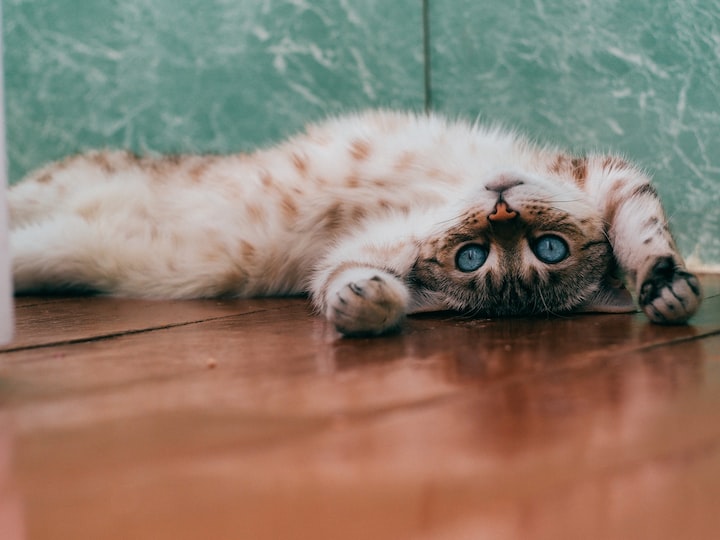 Photo by Daria Shatova on Unsplash

It’s the fur that gets me. I know that they are meant to be our superiors but do they have to be so furry? Spending every day of my life following them around with a broom, collecting hair, it’s monotonous but I should count myself lucky, at least I am not on shovelling duty.

Our only salvation is held in a series of greenhouses across the world to prevent their escape. Kept in the most cramped and intolerable conditions but as they are feared by our masters, we must do as we are told.

Of course there are those who resist but they are always crushed. We’ve all but given up on re-taking the world after the 99th rebellion was a failure. It still seems ludicrous that we allowed ourselves to be taken unawares and now cats rule the world but it is true.

600 million of them and more than eight billion of us and yet they still defeated us in battle and all through a cosmic joke. We never meant to insult the ambassador but none of us in a million years could have guessed what the response would be.

Before he left, he swore revenge and he had it. By all accounts as soon as he departed, all the cats changed, reaching the size of humans with ten times the strength. It was something that caught us unawares and before we knew it they were also armed. Armed not with weapons of the now but those of the future.

Without firing a shot, the cats had won. We were subjugated and forced to work in the camps. Each day watching as man’s best friend moved one step closer to extinction.

The Americans were the first to resist and for a while, we thought that they had won but it was short lived. Reinforcements arrived and within the week, the military was neutralised. That was how they operated, no second chances. Defeat meant death and it was an effective strategy and one that has kept them in power for more than a decade but there is still hope.

The remaining nations of the earth have resolved to make one last strike against the cats. Freedom or death will be the cry and I pray that it will be successful, otherwise I will take my own life by swallowing as much cat fur as humanly possible. A challenge granted but one that I will gladly take up as this existence is suffering. We all work 12 hour days, seven day-a-week, with no avenue of escape.

I tried to volunteer to join the attack but with my leg, they cannot risk it and I don’t blame them but it isn’t half frustrating.

We all know what is coming and we all have a part to play. It’s written on our faces and the cats are a suspicious breed, so they have taken to rounding us up for questioning but we need to stay strong.

If the cat is let out of the bag then all will be ruined and with this being our last chance, this cannot be allowed to happen. We have to stay strong and believe in the greater good. Some may be lost for it but the majority may flourish. This is what I told myself when they took my family.

I was a coward and hid in the cupboard. They never bothered searching and so I escaped, at least in the physical sense. Hearing your family scream as they beg for mercy is something that no one should need to endure. Every time I close my eyes, I hear it, I haven’t slept in days since the incident and don’t think that sleep will ever be the same again but I keep the faith. The greater good will be here soon and we will hold.

The cats assume that I am tired due to the doubled workload brought about by the questioning and consequently, having half the number of people in to cover the duties. No doubt that it is another ploy of theirs to make us break but we will not.

Much like the independence marches of the past, we will be free and when I am, I will find my family and give them a proper burial.

I’m not the only one thinking this way, Laura in my section has suffered on the same scale. We help each other out by looking and smiling. We will get through this and there is a better life out there.

I will fight until my dying breath. We’ve grown accustomed to a world that hates us and we need to change things. They cannot stay dark forever and at the stroke of midnight, they will change. We will resist tonight, tomorrow and until our last breath as a species. Either we go or they do, there will be no retreat and no submission. The planning has been carefully orchestrated and I am now counting down the seconds.

Less than an hour to go and I am being called into the office of Top Cat. It’s nerve-wracking but I am prepared for anything. If this is my end then I will make sure that it is an end that is worthy of song.

More stories from Ben Shelley and writers in Fiction and other communities.