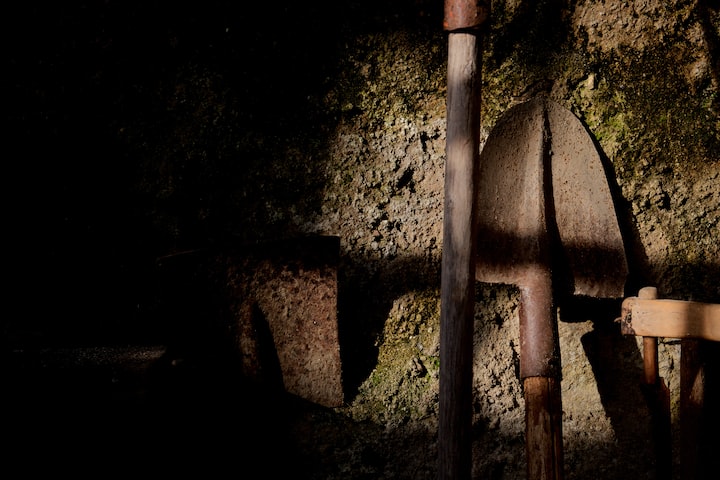 Photo by Paolo Chiabrando on Unsplash

Tom was dead. It had been an accident, the sort of accident that occurs after a man drunkenly makes a move on his friend for the umpteenth time and happens to be standing too close to the top of the stairs. Now he was lying in Paula’s backyard while Nancy tried to find a shovel.

“We should call the police,” Demetri said, hugging himself in the cold autumn air.

“Well, she did push him,” Demetri muttered.

“He was trying to grope her.” He deserved it, Paula added but only to herself.

“He didn’t mean anything by it.”

“If he didn’t mean anything by it then why did he do it? And it wasn’t the first time he did something, and you know it. Tom couldn’t take no for an answer. If he couldn’t learn his lesson in life, well…” Paula stared down at his corpse, covered in blood. “He’s learned it now.”

Nancy emerged from the garage carrying a rusty shovel Paula hadn’t used in years. “I hope this works.”

Nancy and Paula exchanged their own set of looks. Exasperated ones.

“We have to,” Nancy said and began to dig.

Paula and Nancy did most of the digging while Rich and Demetri stood to the side, wringing their hands and whispering, their voices edged with doom. Once the hole was big enough, they placed Tom inside and covered him up. Rich and Demetri left as soon as it was done.

Nancy glanced over at Paula as their car drove away.

“They’re going to talk,” she said.

Paula watched them leave with a sigh. “Yeah, I know.”

The next day, after work, Paula and Nancy visited Rich and Demetri in their shared apartment.

Paula held up a six-pack of beer. “Thought you boys could use a drink. After…you know.”

Rich nodded fervently. “We could.”

The four of them sat around the living room, sipping beer. Demetri fiddled with something on his phone.

Paula watched him play with his phone before he placed it, face down, on the table.

“What about it?” she asked.

“It’s just…you two…you know…what you did…”

Paula took a sip of her beer, holding Demetri’s hesitant gaze. “What did we do?”

“C’mon…don’t you want to talk about it?” His gaze flicked to his phone then back.

“I remember what you two did,” Paula said.

“What did we do?” Demetri asked.

“You killed Tom,” Nancy said. “Then put him in the trunk of your car.”

Demetri’s hand jerked, as if he wanted to grab his phone. “No, we didn’t.”

“Yes, you did,” Paula said, looking him straight in the eyes. “Then you and Rich got drunk and drove into the lake.”

“What!” Demetri jumped up but then sat back down quickly.

He looked woozy. He glanced over at Rich, whose eyes were sliding shut. That was when he noticed the black mark on his bottle. And on Rich’s. But not on Paula’s and Nancy’s.

“You…what…” His bottle dropped to the floor, his body flopping over the arm of the couch.

Paula took another sip of her beer.

Nancy grabbed Demetri’s phone, turned off the recording he’d activated, and deleted it. Then they got to work.

Driving out to the lake with three bodies in the car was a nerve-wracking experience, but no cops pulled Paula over. Nancy followed her from a distance. They put Demetri and Rich, still unconscious, into the front seats. Tom was already in the trunk.

As the car sank beneath the water, Paula and Nancy walked back to Nancy’s car.

“They were always on Tom’s side anyway,” Nancy said. “They could have stopped him at any time.”

“Well, they’re all stopped now.” Paula got into the passenger seat as Nancy slid into the driver’s side.

“I could go for some pizza.”

Nancy started the car with a chuckle. “This is one hell of a girls’ night.”