by J.S. Kohout about a year ago in Short Story
Report Story

Always eat seasonally. Follow the barns, and your nose. 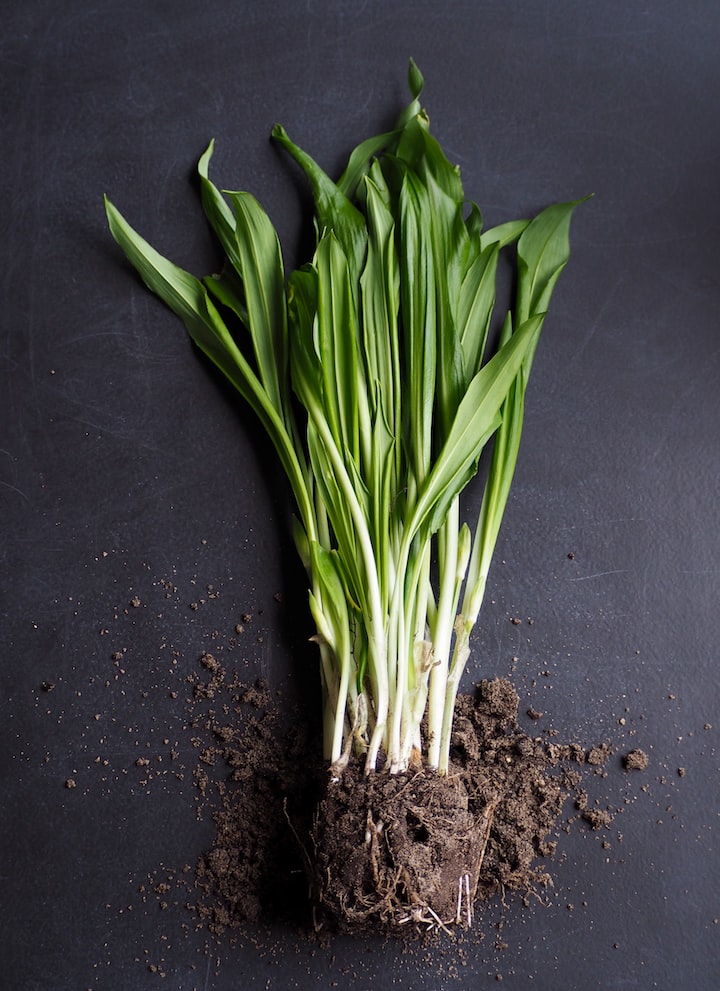 Photo by Anna Voss on Unsplash

Sam and Chris noticed the U.S. South was peppered with dilapidated barns.

These twisted structures sprung out of open fields, alone and isolated but not too far from the road. Their wood was grey and brown and swept and gouged by the weather. Some were tattooed with faded ads for chewing tobacco. Half collapsed; they looked as if they'd fallen on their knees with exhaustion. Nearly all were partly shielded from view by a natural screen of trees, bushes, and vines.

They couldn't decide if these structures were eyesores or charming landscape punctuation. Said Sam, "They look dangerous. I don't understand why they don't tear them down, recycle the wood, and use the farmland."

It was April 2021, day five of their east coast road trip. Their cargo; phones, snacks, extra underwear, and a futon mattress in place of the rear seats. Sam had spent hours watching "van life" videos while in lockdown. A couple of stimulus checks and used car hunt later, here she was rescuing the past year from oblivion in a baby blue Honda Odyssey escape pod.

She'd met Chris online about a month into the pandemic. After four months of texting, he officially became her partner in crime. He was easygoing, had a healthy fear of the virus. He also dreamed of peeing in a five-gallon Home Depot bucket with a toilet seat bolted to it.

No hotels. No itinerary. They'd pick something to see and drive. They kept to the car, relying on Sam's Starbucks app for drive-through recharging. But they also packed away extra masks and sanitizer for additional exploration. They rotated control of the music and driving duties and ogled the landscape with a shared aim: to stop if they saw something interesting.

They camped on a Virginia island and wandered in the morning fog with wild ponies. They took photos of racially questionable, neon-laced t-shirt shops at "South of the Border" with Blenheim ginger ales in hand. They ate boiled peanuts on the beach in Charleston. They had Cokes and fried chicken dispensed from an old Fotomat in Georgia. They sped across the Florida panhandle and picked up some "gator nuggets" at a roadside stand. They traversed two of the longest bridges in the world. The Chesapeake Bay Bridge-Tunnel which led to pimento cheese. Then, the Lake Pontchartrain Causeway gave them beignets and hot sauce.

After Louisianna, they turned north again. Driving deep into the night, they chanced five hours of futon time at a truck stop across the street from a phosphorescent blond refinery. The following day they doubled up on coffee and wound through the mountain roads of West Virginia.

Topping the crest of one mountain path, they encountered an entire community of old barns. Stationed like a row of sentries, a dozen barns stood in the squeeze between the road and a steep drop into the valley. Sam could feel the ominous shadows of this "murder" of barns spread across the asphalt as she drove. She even slowed down, and it was the sudden deceleration that rousted Chris from his shotgun nap.

The road narrowed into the woods and then descended through a switchback. After some back and forth, the path straightened out. Then ahead, half-hidden and on the right, was a building that appeared almost as worn as the barns they'd passed. They'd have missed it if not for the fact that it was pained bright white and had a parking lot full of cars.

"What's all that?" Chris declared from the passenger seat.

The gas pumps, big and blocky, looked as if they'd stood there for half a century. The building behind them had a coat of paint that looked tacky fresh. Propped on the roof was a sign in bright green script that read "The Store at Rocky Waters Path, Established 1921." A variety of signs in different shades of red surrounded it. They announced that woven baskets, golden delicious apples, buckwheat flour, tomahawks, and dolls were all available inside.

"The Store at Rocky Waters Path" appeared to sit on top of a small creek and an adjoining patch of land. On it was a scattered array of vintage farm equipment, antique tractors, and horse-drawn carriages. Then, on top of this baroque twist of farm iron, a wide array of barnyard animals strutted about. This including chickens, donkeys, a horse, some turkeys, and a couple of albino peacocks.

Sam and Chris looked at each other and wordlessly agreed to stop.

The cars in the lot all carried local plates, but they ranged in age, use, and style. There was a Lexus "off-road" SUV next to a Ford pick-up next to a battered VW bus next to a Kia Soul. A variety of people of a variety of ages milled about the parking. Some wore masks, and others didn't. Yet all seemed to be having a good time.

Chris and Sam walked inside. It was a general store with a lunch counter crammed into a grandparent's attic. Taxidermied animals peppered the walls and shelves. There were tables full of second-hand glassware, pots, pans, and plates. The prices, written on masking tape, ranged from 25 cents to five dollars. There were numerous racks of West Virginia souvenir mugs, mini vanity plates, and keychain bottle openers. T-shirts with John Denver lyrics and patriotic calls to action yelled from hangers. Posters including one declaring "Love of country!" with a giant American flag guitar held by Brad Paisley. There were more than a few lacquered wooden plaques that said everything from "I love to fart!" to "I love the sound you make when you shut up!" Puzzles. Toys. Hams and bacon. Jellies, jams, and moonshine barbeque sauce. There was even a mish-mash of bottles and cans in a giant cardboard box with a handwritten sign that read, "Expired soda-pop. 25 cents ea."

But most of the action was at the lunch counter on the other side of the store. Though not completely full, it was apparent that most visitors had stopped in for lunch.

The intoxicating smell from the kitchen pass raised Sam's appetite. She turned to Chris and whispered through her mask, "Feel comfortable eating here?"

Chris looked at the crowd at the three-sided counter. With ten seats on each side, and the seats half-filled, there was no social distancing. No plexiglass. No one, customers or workers, was wearing masks. But the two of them were both fully vaccinated, and at this point, why not?

"I guess it depends." Chris responded, "Worst-case scenario. Is the food worth dying for?"

Guided by their noses, they decided to chance it.

The brown plastic menu board seemed about as simple as one could imagine. On it was a standard list ranging from hamburgers and hot dogs to eggs and bacon.

Yet, those eating at the counter were all indulging in the exact same dish. It seemed to involve a ham, scrambled eggs, and a vibrant green central mound of something that appeared to have chunks of potatoes and beans.

They grabbed stools at the counter, with a wall to one side of them and an empty seat on the other. It was as "covid safe" as they were going to get.

The waitress, an older woman with dark-dyed curly hair and a yellow shirt, came up to them, "What-cha getcha?"

"Well," Chris responded while gesturing down their side of the counter, "I think we'll get what they got."

Confused, they both shook their heads no.

The coffee was bitter, burned, and gross. Sam leaned over to Chris, "I hope the food's better."

The food arrived soon after. Even as the waitress approached, the smell of onions, garlic, and salty smoked pork floated into their nostrils like cartoon fingers. It smelled like someone had thrown a flaming bucket of bacon drippings on a garden box of fresh herbs.

The ham steak was tender and smokey with gentle sweetness. The eggs were dark orange and custardy, spiked with flecks of green. But the star was the greenish starchy mix in the center of the plate.

The potatoes were crispy, fluffy, and tasted of fresh butter. The beans were creamy and rich. But, what held it all together was the green magic. It was a delicate and aggressive amalgam of allium. It had the meaty background of fresh chives, the subtle sweet smoothness of shallot, a touch of sharp garlic, and a slightly bitter touch of chlorophyll.

Both Sam and Chris ate in silence. Fully engaged in their food. Chris finished first and flagged down the waitress.

"That was fantastic. I'm sorry, but what was that? What was that stuff in the middle?"

"Aw, you visitin'," she smiled, "Taters and Ramps! It's the tail of barn season," she said with a smile.

"Yeah! Spring's here! Barns migrate north for the summer and drop some things along the way. These the ramps some left last night on their way through to the far side of the pass."

"I see. Well. It was great. Thank you." Chris and Sam looked at each other, puzzled but content. They picked up some souvenirs in the shop and paid their check at the register. The waitress even called her granddaughter from the back to work the credit card machine for them.

Sam and Chris continued on their journey in the Odyssey.

"Maybe she meant something like barn-swallow? Like, when the birds come through, that's how they know to pick the ramps?" replied Chris.

"According to Google, it's a wild leek," he said while looking at his phone.

"Kind of an oniony thing," he replied.

"Also. Cathead? Is that southern for ketchup?" she wondered.

"That, I don't know. Google is giving me listings for large rubber cat head masks. Wikipedia is telling me it's a 'large wooden beam located on either side of the bow of a sailing ship.'"

They continued their drive uneventfully for several hours. As they approached Pennsylvania, they noticed a small crew disassembling an old barn. They were taking it apart with heavy machinery, salvaging the wood, and packing it all onto a flatbed truck.

Now that Sam was playing passenger, she pointed it out, "Maybe that's what barn season is? When they finally get rid of the old barns?"

"Maybe," Chris replied with a shrug, "It's been a while. You hungry?"

They pulled in front of a building that obviously used to be a Pizza Hut. The roof was now painted black, and there was a small field of unfinished picnic tables in the parking lot. A large cloth banner hung from outside that read "Clodfelter's Restaurant - Outdoor dining available!"

They sat down and looked at the menu. There didn't seem much to compete with The Store at Rocky Waters Path.

The waiter arrived wearing a black mask with the phrase "Don't forget to fill your pie-hole!" written across it in white.

Sam asked cautiously, "Um, do you have any ramp specials for 'barn season'?"

"Ahh. I don't know what 'barn season' is, but we don't really see ramps this far north. You have to go south for that." the waiter paused, "We do have French Onion soup, though."

"Is it worth dying for?" Sam asked.

"I'd probably go with a burger," he replied.