An escape into life 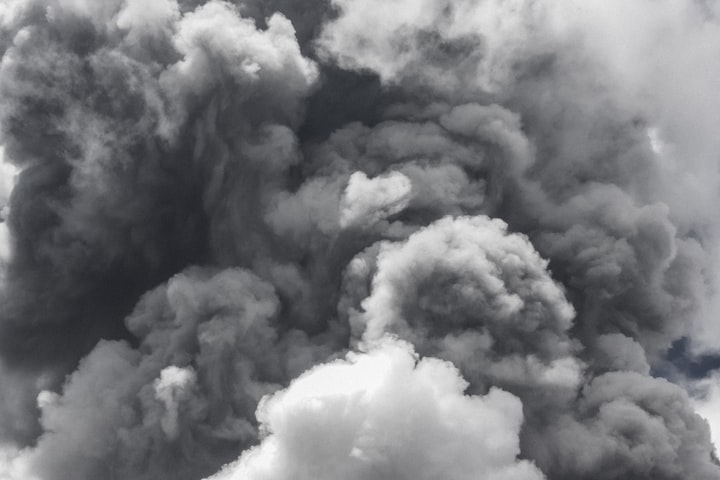 Photo by Jens Johnsson on Unsplash

It was the same smell again, always the same smell. Power plants that once burned from the tops now burned endlessly to the ground, like the world’s greatest wick, gasoline fires from the ever-growing piles of bodies and burnt flesh. The others didn’t seem to notice anymore, or at least they didn’t talk about it. What difference would it make? The old world and everything that used to be in it had to be burnt. There were no questions to it, there were no questions to anything anymore.

No one left was able to recall what started the end. Memories and clues only lasted long enough to make it to the great pits, a repurposing of old mine sites, surrounded by metal monstrosities that once had a purpose, which now watched the endless pit cinder the old world away. There weren’t many people left. A few thousand in Australia, only hundreds in what they used to call Asia and just under 20,000 scattered around the great European continent. At least they still taught us geography. Although, it would be easier not knowing the sheer volume of the old world that still sat there, waiting to be burnt. Waiting for the incessant black smog to strip colour from everything.

If there were any more people out there they certainly kept it to themselves, an ignoble pursuit to avoid a life of indignity. Tearing down what the generations before had so furiously built.

It could have been the fighting of men that started the end, a ravaging sickness or something else entirely. The only thing she knew for sure was that it was them that started it, the old ones, everything they did was a type of virus. That’s why they had to burn it all. All of the rage, the anger, the endless fighting and screams as they killed each other and the Earth for what they thought would be an eternity. Until eternity came to them, stopping everything.

Coughing from the fumes Sasha instinctively reached down her gaunt chest to the locket, grasping it. Still there. She had found it in an old wooden house missing part of its roof and all of its windows. Panic covered the house; the door was still open, old chests had been messily rummaged through and broken glass covered the hallways as whoever was there before leaving to get somewhere fast, anywhere, it wouldn’t have mattered, but they wouldn’t have known that.

The locket was sitting on a vacant windowsill, we weren’t meant to take things, they said the urge to take was what started the end, but it felt nice to have something that was hers. It was heart-shaped with a clasp on the side, inside was a picture of another person, there always was, but behind the person was the reason she kept it. The background showed the most beautiful scene Sasha had ever seen. Clear blue skies without a cloud of smoke came down to meet an aqua blue ocean that you could walk into from the land. The lady in the foreground looked happy to be there, with no red eyes and no fabric covering her smile. She couldn’t be sure, but she knew, that in that image, nothing was burning.

Sarsha had seen a beach before, on billboards, old laminates and advertisements for insurance companies, but having this locket felt personal. It gave her a purpose.

“Sarsha!” she heard her name barked, it was Draven, 'The Collector' shouting at her between drags of his cigarette through grotesque teeth as black as the plumes of smoke that layered the sky.

“Get back to the quarters, strong winds heading out to the coast, you’ll choke if you stay up.” He sneered, “At least then I won’t have to tell Myckel about that little souvenir of yours”.

Sarsha ignored the threat to place a lit match onto the gasoline trail leading into the house in front of her. 48 human bodies and 18 dogs along with all of the pillbugs and flesh flies that accompany the rot. She wasn’t sad to see it go. The house went up instantly, she had become efficient at spreading out the remains to create a fast flash fire. The secret was space, something there was no shortage of outside but indoors, it required a certain tact to get right. With that done she turned to head quickly back to the quarters.

Sarsha hated the underground housing that they called ‘The Quarters’ without any of the irony or awareness that should come with naming a place made up of only 3 different sections ‘The Quarters’. Each one of them had to share a dust-filled room with 4 or more others. They all ate in the same mess room where Myckel did his nightly preach about the evil of the old world and repeated the rules. Do not take, Do not ask questions, Do not fight, Do not talk about the gods. There were more, but it didn’t matter, people picked and chose which ones they would follow and besides, tonight was the last night she was going to have to listen to them.

Avoiding any unnecessary conversations Sarsha took a left out of the mess hall and followed it down to the old boiler room. It didn’t work anymore and there was no reason to go back there unless for some primal privacy with another. She had stashed the last few nights of water and biscuits behind one of the heaters. It wasn’t going to be enough, but then again she wasn’t sure how far she had ahead of her. She just knew that she had to go and she had to go tonight.

Stashing the food in her backpack she went right out of the boiler room and up the service hatch that took her to the floor just below ground level. Rollcall would be happening soon as they started handing out the oral steroids to help with the constant smoke inhalation.

Sarsha didn’t care, she didn’t care if she only lasted 1 night, she just had to get away, and thanks to Draven she knew which way to go. The winds were heading towards the coastline. All she had to do was follow the plumes and hope that there wouldn’t be a change of direction. Another rule broken, 'Do not hope'.

Being out in the open was almost unbearable. Trying not to cough until she was far enough away was hard, seeing where she was walking was even harder. The star-filled sky helped little with the wreaths of black stench filling the air above her. But they allowed her to see the direction she needed to go, even without it the winds would have been enough.

Days went by slowly, so far there was no sign that anyone had bothered to follow her. She thought for a moment that she should be expecting deep loneliness from the reality that even the few people left alive on the planet did not care to find her. Instead, it was the most alive that she had ever felt.

After 3 days, 1 of which without food there was no more smoke above or around her. The direction of the wind had changed, or she had strayed from her path, it didn’t matter. For the first time in her life, there was nothing in the air making breathing an exercise in futility. No obstructions in the night sky blocking the dazzle of the stars and most importantly, there was no stench of fumes.

Invigorated from the clear air around her and in awe of the great expanse of land undisturbed from the old and the new ones Sarsha began picking up pace. To what end she did not know; every time she felt an inkling of doubt enter her mind she would hold the golden heart-shaped locket in her hand and continue forward.

It was the 8th day now, she kept track by moving the clasp of the locket down a rink in the chain each morning. Water had run out on day 7 and no opportunity had been presented to refill her supplies. Despite this sleeping was never a problem, even on an empty stomach and without adequate shelter. Her dreams were vivid, full of colour and life, it was as if in her dreams and her waking hours she was a different person, in a different life, with her past decades belonging to someone else.

Her resolve did little to help on the morning of the 10th day. She struggled to open her eyes and moving didn’t seem like an option. After a period of immense effort, she lay up to glance at where she had ended up for the night.

Around her was a lush viridescent patch of grass, her back was resting against a hard granite outcrop that she had used that night for partial shelter. Several paces from her position was a young tree that her eyes wouldn’t quite let her make the specific details of. Past the tree was an open plain, almost emerald in the morning sun and beyond that was what appeared to be the beginning of a never-ending sprawl of forest. The sun was rising behind her allowing an unobstructed view of the skyline. Soft morning clouds scattered the atmosphere as a cool breeze moved them gently along to new places.

She slowly reached for that heart-shaped locket, taking a few moments to breathe before bringing her eyes down to it. glistening gold in the sunlight and still cool to the touch from the night before she opened it to glance one more time at the smiling lady in the clean air by the beach. It didn’t matter to her that she hadn’t made it to a coastline as she smiled and took a deep breath of air with the lady in the locket for what felt like the very first and the very last time.

Just a gentleman who has been writing ideas and stories for years, now deciding to put it on the net and here we are.