A teacher, and her kids 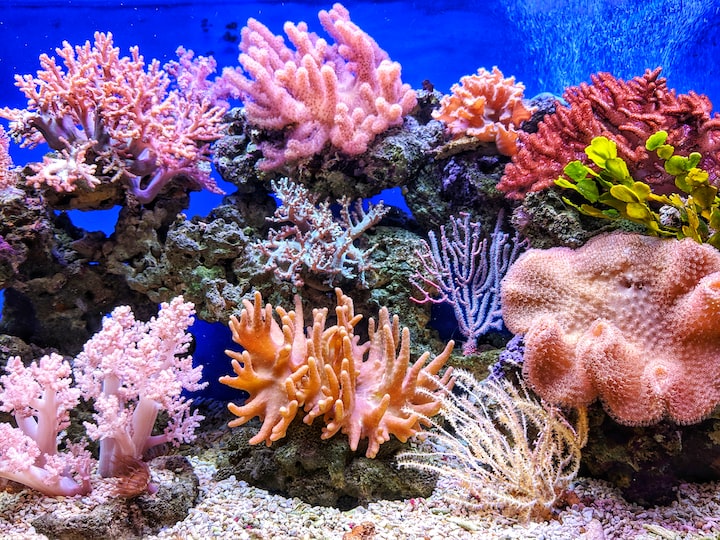 Photo by Q.U.I on Unsplash

She loved teaching these kids. She had no kids of her own but that was not necessary. She was privileged to spend more time with these kids than their parents.

By the time they got home they would be exhausted and ready for dinner, homework, and bed.

When she got home, she would spend time planning for the next day and marking homework and quizzes. She had four cats and a dog who thought he was a cat too.

She turned down two opportunities to go on vacation just so she could stay with the kids. Who would teach them? Each day was like a vacation with the kids.

There were 23 of them. She initially had 24 but something very bad had happened to one of her kids. Just thinking about it caused her to stumble as she was walking up the stretch of sand to the main road.

Nial was a boy full of questions. She used to think of him as a large double lined note pad with blank pages. He asked questions to fill up those pages.

Nial had a grandpa and his mom. No one spoke of his dad. They all thought he was a man from the mainland who came over for a holiday. Saw a pretty girl and had a holiday. He never came back when he left. The whole island discussed whether Nial’s mom told the man he had a son or perhaps he did not even know.

Yes, it was a small community, and everyone was up in each other’s business. They lived on a small island in the Pacific.

She well knew how it worked. When the community was not speaking about Nial’s mom it was about someone else including her. Always something or someone in the gossip mill.

The islanders viewed her as a project for them to find a husband for her. She was also a mystery because she did not cooperate with any of the wonderful ‘finds’ they introduced her to.

The policeman, the mechanic, the security guard at the aquarium, two divers working with the sunken wreck twenty miles out in the Pacific Ocean, a scientist doing research at the library, and the son of a big, burly fisherman who lived two streets over from her school were all offered to her on a platter. She refused them all like a dish of slimy oysters. No, nothing was wrong with the guys. However, she loved her freedom, and none of them were tempting enough for her to give that up.

She knew that much would change if she married someone. The time she spent with the kids would be shortened, her cats would have to get to know him and there would be fights. She remembered her mom and dad. They fought so many times she became dizzy just thinking about them.

They still fought. Last time they visited; her dad wanted to eat his oranges in wedges. Her mom squeezed them all and made juice. The fight over that lasted the entire day.

Those two were now in their sixties. In three months, they would be celebrating thirty-four years of married life. More like harried life. No, she was very happy by herself. She had friends and everyone got along. At home if the cats decided to fight over a toy, she had a small spritz bottle to settle things quickly. She always wondered what she could use to stop her parents. Fire hydrants came to mind.

Back to Nial, one and a half years ago, she took the children for a lesson on a reef out in the ocean. She had five other adults with strong swimming abilities accompany her and her twenty-four children out to the reef. Each adult was assigned to four kids. The kids knew who they had to follow and listen to. They were to observe the growth and shape of the reef, take pictures and measurements. At the end of the three-month study, they would present how much growth or destruction their reef experienced.

The reefs in the Pacific Ocean were endangered and the children were being taught to appreciate it and find ways to protect it. Her hope was that some of them would grow up and be scientists dedicating themselves to the preservation of the reefs.

Nial’s group was headed by the teacher’s friend, an old wiry fisherman who always made himself available when these expeditions were planned. He was a secret student.

Nial was the student leader for his group, he knew a lot about the reefs. His teacher was sure he would be one of her future scientists. He was very involved in making sure no plastic and cans got into his piece of the ocean.

While the teacher was busy with her four students as they took pictures and measured their section of the reef, one of the kids found a powder blue tang and became excited. The fish looked so much like Dory in the movie “Finding Nemo’ that everyone in her group of 4 crowded around.

It was at that moment she heard the sound that still wakes her up in cold sweat at night. It was the garbled scream of the fisherman. He was fighting with something in the water and screaming to everyone to get out the water.

That day, both Nial and the fisherman was lost. Because Nial was small, when the shark, a tiger shark, got him he was just like a mouthful. The fisherman decided to fight for the kid, however, the shark smacked him so hard with his whole body that he had head injuries that took him.

The shocker is that tiger sharks are usually nocturnal but this one must have been awakened by the activity in the water. The island community had not seen any sharks in a very long time. He was a big, beautiful monster. The fishermen got him. There was sorrow that such a magnificent creature had to die.

The grief experienced by the teacher and the entire community could not equal what this must have cost Nial’s mother. He was beloved by her. He was her world. Her only child.

The teacher had to stand still for a moment then she sat on a nearby boulder so weak with the blows of the horrible memory.

That day, she lost a shining star for the island, a beloved child, her big double lined notepad. Every day, when she calls out the roster in class, and she counts 23 kids, she feels a splinter of her heart breaking off. Every day.

In the classroom there is a big blown-up picture of a curly haired little boy grinning and pointing to the stars with questions on his lips and in his eyes.

The teacher wonders what questions Nial had as he was taken by the shark.