A Somber Road Ahead

An overwhelmed woman tries to deal with the obstacles her loved ones throw at her. 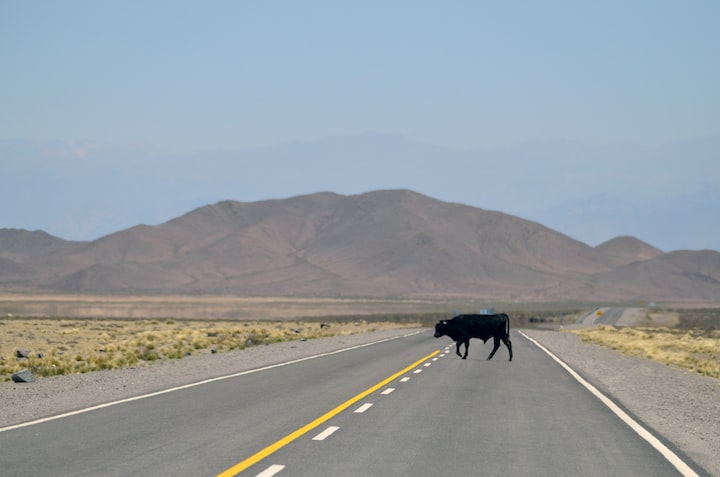 Photo by Agustín Lautaro on Unsplash

Marisa took the long way to her mother’s house. It was normally a two hour drive and Marisa had no qualms about making it a three hour drive. She had many issues and questions she didn’t want to think about at the moment. A beautiful respite through the countryside provided a calmness her conflicted mind needed for the coming weeks ahead.

There was a light drizzle and no traffic that afternoon. The late summer sky had a grey-blue tinge to it which contrasted with the bright greenery of the woods along the road. The trees seemed commiserate with her as the leaves, made heavy by the weight of the rain, appeared to bow down.

Before leaving on the road trip, she and her husband had been arguing. He was brooding again lately and easily found trivial things to explode about. Marisa understood that since having spinal surgery, the limited mobility and constant pain made him depressed and cranky. He was out on Workers Compensation and the benefits would probably run out before he could go back to work, if he ever did.

To make up for the lost income, Marisa started doing food deliveries part-time but the hours she was able do it weren’t the lucrative ones. There were also other short term gigs at local stores she considered applying for but she was mostly too exhausted or overwhelmed to look in earnest. These now twice-weekly visits to her mother were also cutting into her availability to earn some extra cash.

Her mother loved it out in dairy country, as did Marisa. But her mother was having difficulty getting around and with her growing list of medical problems, being so isolated was a detriment to her. Her mother was stubborn and refused to move. She also fired any home care aides Marisa hired to help her out.

Her mother lived in a condominium purchased shortly after Marisa went off to college. It was in a development that was the only new, modern structure in the small, rural community. When it was built, the town hoped more development would continue, but it never really did. The area still had many dairy farms but there were numerous abandoned houses now, along with a failed strip mall. The main street had only a post office, a pizzeria, and a gas station whose convenience store served as a grocery for many of the residents.

Marisa got out of her car and unpacked the food and supplies she brought along. She let herself in and found her mother watching another infomercial on television.

“Marisa!” her mother yelled excitedly as the door opened. “You’ve got to see this mop! It’s amazing. I can’t believe I’m saying this about a mop but it’s true!”

“Mom, you've got two mops already. And you don’t even clean the floors. I do.”

“Well, this will make it easier for you. ‘Guaranteed’. The man said so. Get me my credit card!”

Marisa ignored her mother's request as she unpacked the groceries into the refrigerator and cabinets. Afterward, she flipped through the mail.

Each visit brought more surprises for Marisa. Aside from her mother’s uncontrollable addiction to infomercial shopping, she sent checks to any charity that mailed her a letter and gave money to scam callers who told her she won the lottery and needed to pay taxes upfront. Marisa had recently obtained power of attorney status but it seemed to take a long time for the banks and credit card companies to process her paperwork. Marisa’s mother was also a hindrance, finding ways around Marisa’s control and assistance.

“Marisa!” called her mother. “Hurry! I can get two of these marvelous mops for the price of one with only additional shipping and handling, but I have to order in the next 12 minutes!”

Marisa found a credit card solicitation letter that had a fake plastic card in it with her mother’s name on it. She quietly handed it to her and continued going through the papers.

Six months earlier, Marisa started coming to grips with her mothers troubling financial issues. It started after finding a huge pile of papers her mother had accumulated. Marisa was shocked by her mother’s lackadaisical attitude toward debt. She tried to reason with her parent, begging her to stop spending money she didn't have and pointing out the growing pile of bills.

Marisa pointed out that her condo fees weren’t getting paid and one of her delinquent credit cards was sending legal notices. Her mother seemed unconcerned.

It was a slow process getting her otherwise sharp mother to agree to the power of attorney. Much of the bargaining and negotiation for it occurred at the time her husband was injured.

“I can’t deal with my mother's mental illness and your depression at the same time and neither of you are getting help!” Marisa remembered screaming at her husband before leaving that morning.

“YOU’RE the reason I'm depressed!” he yelled back. “I don’t have a wife anymore. I’ve got a roommate who is busy doing everything for everyone else!”

Marisa really hated him that moment and again now, as she thought about it, while organizing her mothers closet so she wouldn’t notice the missing infomercial acquisitions she planned to sell online.

“Hey, Marisa dear,” her mother called out sweetly. “This card doesn’t work. Can you get me another? The woman on the phone says she’ll keep the offer open until you get it.”

Marisa went over to the phone and hung it up. Her mother didn’t say anything but looked at her with shock and surprise.

“I’ve really had it,” said Marisa quietly. “I’m going to sell every single thing. All of it. Do you hear me?”

She was resolute. There would be no more of sneaking items into the car when her mother was distracted. She went to the closet and pulled out as many boxes as she could carry during a single trip.

She was about to open the door when her mother told her to wait.

“Murphy is loose. Be careful.”

Marisa didn’t know what to make of that statement. Her mother had been making more and more of these strange, obscure comments. Marisa didn’t want to think about the implications this might mean. It was enough dealing with the doctor appointments and filling the medication trays, and talking to the credit card companies, and the banks, and social security, and everything else.

Marisa got to her car and loaded the items in her trunk. She then realized she'd brought her purse with her. Had she intended to leave when she took packages? Wasn’t she going back in to do some cleaning or cooking? She’d been at the condo for less than 15 minutes, after a two and a half hour drive. Shouldn’t she go back and attend to everything that needed attending to?

As if on autopilot, Marisa got in the car. She put the key in the ignition and started to drive. Marisa wasn’t going home; she wasn’t in the mood to argue and fight again. She wasn’t going to run any errands or deliver food to someone who’d just round up the change on the bill for her tip. She wasn’t off to sit in traffic to her regular job where she might get some overtime and she wasn't headed to the post office to send off the items from her mother’s home that she’d sold online.

The car continued the autopilot journey, going through streets Marisa remembered from childhood. She went past her old school and the house she grew up in. The people who bought it had done a nice job updating it. The farm next door, where Marisa had helped out when she was a teenager, was abandoned. She wondered what happened to Mr. Elton and his wife.

Did Mr. Elton fight with Erma the way she and her husband did? Did Mr. Elton ever get injured with all the physical labor farming demanded? He must have. How had Mrs. Elton dealt with it?

Marisa wondered about her marriage and if things would change over the next month. Would things get better? If his disability was permanent, how would they adjust? Was divorce in their future? What did that look like?

Marisa thought about losing both her husband and her mother, slowly and at the same time. The two people she had once loved more than anything else in the world were changing into people she no longer recognized. Each one was in need of mental health services they refused to acknowledge and both of them caused Marisa heartache and suffering.

Loss would be hard enough to deal with. The events preceding it were of a more drawn out affair, using a duller knife to inflict the same kind of pain.

Marisa was tired. Maybe she shouldn’t have even been driving with the mental and physical exhaustion thrust upon her by these outside forces and the extra work she took on to accommodate them. She felt unappreciated, her efforts unrecognized. She could probably use a nap. But the car drove on, along the winding roads of Nostalgia-ville, bringing Marisa back to a time when her biggest problems seemed so ridiculous now.

It was still raining sporadically and Marisa enjoyed the fog that settled upon the overgrown fields where cows and sheep used to roam when she was younger. The small town was becoming a ghost town and the broken down houses and barns shrouded in the hazy mist seemed to complete the journey.

Marisa was driving slowly when she saw a bull in the road up ahead. He was just standing in the middle of the pavement, his legs hidden by the cloudy haze of the mist. The bull was huge and seemed nonchalant as he blocked the road, unimpressed by the horn of the old car Marisa was driving.

The car slowed but continued forward; surely the animal would move. She didn’t want him to get hurt by other motorists who might not see his dark fur when the sky grew darker.

As she drove up closer, the bull turned his big head toward her. He had a large collar on his neck. Along it’s wide width Marisa could see something engraved in it. This big guy was someone’s well cared-for pet, Marisa surmised. She was only a few feet away when she stuck her head out the side window for a better look.

The collar had the name “Murphy” etched into it with big letters that had been white once.

Marisa laughed and then cried. The old girl hadn’t lost her mind with that comment as she walked out the door. There really was a Murphy and he really was on the loose. Maybe those brain synapses were still firing correctly for the most part, they just needed a different perspective for interpretation.

Sure, all the other problems were still there: the bills, the infomercials, the endless flow of money she didn’t have. But worrying about dementia or any further cognitive decline had been put on hold, at least for another day.

Murphy’s mere presence had given Marisa the strength to move on and reevaluate everything. Perhaps all of her problems deserved a new perspective. Maybe it was time to stop accommodating everyone else’s issues before her own. New solutions needed to be found.

Marisa found herself in the place where all of her life’s choices had started once. Perhaps this time she’d take a different road.

I'm a soon-to-be retired paramedic in NYC. I'm also a crazy cat/bird/etc lady who writes stories. Thank you for reading!

More stories from Nancy Gwillym and writers in Fiction and other communities.