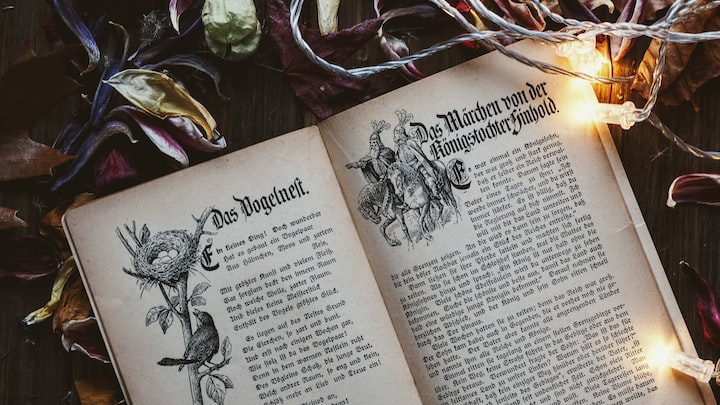 Photo by Natalia Yakovleva on Unsplash

Alyssa woke up groggy, she stared at the clock feeling like she had not slept at all, but the clock said differently. It was already ten in the morning, she had to be at her mom’s at four that afternoon. It gave her plenty of time to figure things out. She slipped into the shower and let the warm water wash over her body. She was tired of her life, she was almost 30 and she couldn’t seem to get anywhere. All the men in her life had been failures, now was her chance to turn it around.

This ability gave her so many options. It was just a matter of doing it right. She may have her head in the clouds but she was realistic. She could pull a man out of a book, but pirates and princes didn’t have real marketable job skills, let alone the paperwork explaining where he came from. She wanted to stay home, and be a mom one day, enjoy the finer things of life. If she didn’t have to work she would have time to exercise and eat right. What she needed was a miracle. A smile spread across Alyssa’s face, a genie. That would solve all of her problems.

She was given this power, she would be foolish not to use it. She finished up her shower and dried off, putting her fluffy robe on.

She went into the living room and pulled out genie stories, every single one she owned. She had to make sure she got the right one. There were so many variations, some only gave three wishes, others had rules, and she needed a genie with no restrictions. She looked at her pile of books, she could rule some out easily, others would take a bit more research. A cup of coffee was required to start this endeavor.

Her cup of coffee in hand, Alyssa opened up the first book, she browsed the stories, looking also to the end of the story. Genie stories were often known to go awry, she wanted to ensure a happy ending.

The first book was a bust, the genie only gave three wishes, and the wisher ended up dead. Not quite the ending she was looking for. It wasn’t until the fourth book that Alyssa found what she was looking for. Unlimited wishes, a genie who had no rules, he would do whatever she bid, plus no pesky lamp, he would appear out of thin air, whenever she wanted. This had to be it, what more could you ask for?

Alyssa went back to the beginning of the book, she wanted the genie from the very start. He would only know her as his master. She felt the smile creep over her face, she focused on the genie, focused on what she wanted and there he was before her. He stood before her as a man, a good looking man. He was tall, almost seven feet tall from her estimate, he was dark, as she figured most genies would be, and built, he was a solid mass of muscle. She stood up to greet him approaching with care, she laid a hand on his arm and felt a jolt run through her.

“Your wish is my command.” The deep voice boomed. She was shocked and jumped back as the deep voice rang through her small house. It only took a moment for the shock to wear off. A grin spread across her face, she had done it! She could have anything she wished for, anything she ever wanted, and it was all right here. There were so many things to ask for but where to start? Money. A bigger house. Could she even get what she really wanted? It was all so overwhelming. It would be easier to start with little things. She grabbed a magazine that had an outfit she’d been eyeing.

“I wish for this outfit.” Alyssa showed it to the genie.

“Your wish is my command,” he repeated, before Alyssa even realized it the outfit was in his hand. He held it out to her, she grabbed it and twirled around.

“This is awesome!” She pulled the outfit to her chest and ran to her room. She quickly shed her robe and started pulling on the new pants. She was disappointed when they didn’t make it up past her thighs. She pulled the pants down and checked the tag, size 2. This genie apparently had quite the sense of humor.

“Your wish is my command.” The voice boomed, Alyssa didn’t realize he could hear her from there. She looked back at the pants in her hand. They didn’t look much different but she tried them on again. They fit perfectly, no gap in the back, they even made her stomach look flat. She started to pull on the shirt and stopped, she wanted it to fit. “I wish the shirt fit as well as the pants.” Alyssa said.

“Your wish is my command.” Alyssa no longer jumped at the sound of his voice, but it was almost as if he was in her head. She slipped the shirt on and it was perfect. She looked herself over in the mirror, except for the hair she looked like the magazine.

She ran back into the living-room and found the genie in the exact same spot. She was slightly worried, she had made 3 wishes and nothing to show for it but a pretty outfit. She hoped she hadn’t missed anything in the book.

“You shall call me as you wish.” The genie stoically replied.

“How about Gene.” Alyssa decided it would work.

“As you wish.” Gene did not move or even bat an eye.

“Can we do something about my hair?”

“As you wish,” He replied. He raised his hand and Alyssa jumped back. She hadn't told him what to do.

“I wish my hair was smooth...and straight..with none of the little frizzies.” Alyssa said quickly but was careful to specify in case he messed it up.

“Your wish is my command.” With those words she reached her hand up to feel her hair. It was so soft, she rushed to the mirror, it was beautiful. She had only ever dreamed of having hair like this.

Alysssa grinned, after years of coming in second to Crystal she finally had something going for her. She would show her sister and mother she wasn't the failure they thought she was. Her sister! Alyssa looked at the clock, she was going to be late. “Darn it!” She yelled at herself, her mom asked her not to be late. She had to put her makeup on. She had everything else going on, she couldn’t ruin it by not wearing makeup. By the time she finished the makeup she was already five minutes late, not including the drive. It would be worth it when they saw her, she looked like a million bucks.