A Readers Dream: Dinner with Mother 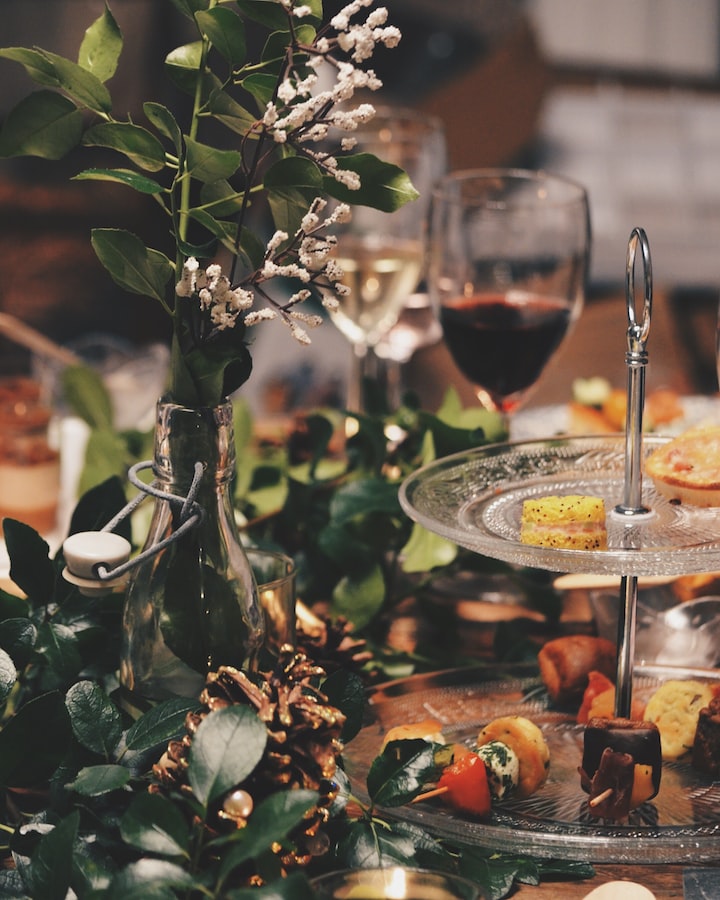 Photo by Caroline Hernandez on Unsplash

Alyssa looked at the time, there had to be a way to get to her moms house faster. She smiled, it would be easy with a little bit of help from her new friend.

“I wish I was at my mothers house.”

“Your wish is my command.” The voice echoed. Alyssa felt woozy for a moment and the room started spinning, she closed her eyes as the nauseous swept over her. When she opened them she found herself in the bathroom in her mothers house. She recognized it as the second floor bathroom. Alyssa opened the door ever so slightly to see out. The view of downstairs was not comforting, they were all in the living room, she couldn’t get out of the house without being seen. She quietly closed the door and backed into the bathroom. This genie was so specific, she really had to be careful.

“I wish I was outside my mom’s front door.” Alyssa said choosing her words wisely. The room started spinning and she found her surroundings changing. Travel by genie was convenient, yes, but it was also nauseating. She found herself with her nose to the door, she stepped back to give herself room to knock She was slightly flustered due to her travel and took a deep breath.

Her mother answered the door and the surprised look on her face gave Alyssa the boost she needed.

“Hello mom, sorry I’m late my hair stylist took a little longer.” Alyssa said breezing into the house. Her mother was speechless it seemed, that in itself was a rare occurrence. Alyssa felt like she was floating on air when she waltzed into the living room.

“Crystal, so lovely to see you.” Crystal’s reaction was much the same as her mothers, she was speechless. Alyssa knew she looked good, but she didn’t think it was that life altering. A little change to her hair and clothes and they were all out of sorts. Alyssa caught Thomas’ gaze and found a different reaction on his face, he seemed to be pleased with what he saw. A smile lit up his face, one that she had never seen before. She gave him a sexy smile, it was nice to get attention from a man.

Alyssa’s mother walked back into the room and seemed to have regained her sense of speech.

“You look different Alyssa.” It was all she could seem to mutter.

“Thank you.” Alyssa noted that her mother couldn’t even compliment her properly. At least she could have said something nice.

“Why don’t we go ahead and eat.” Crystal suggested, Alyssa could see the fake smile on her face. Finally her sister was jealous of her, this genie thing was turning out better than she thought.

Alyssa followed her mother into the dining room, the table was adorned with plates of various foods. It was very much like her mother to make a large feast even when it was only going to be a few of them. They all took their regular seats at the dinner table. The absent seat where her father sat was glaringly obvious, she blamed her mother for driving him away. It was years of marital neglect that drove him into the arms of another woman, then when Mom caught him in their bed it was over. She only kept the big house becuase of his alimony checks. Alyssa didn’t hold anything against her father, he was merely a victim of her merciless tyranny.

They said grace and Alyssa continued to beam brightly. Her family still seemed to be awestruck by her appearance. The only one who wasn’t was Thomas, he seemed to be having as much fun as she was.

“How are you doing Alyssa?” Her mom finally broke the silence that loomed over the table. There was a note of concern in her voice but Alyssa chose to ignore it.

“I’m doing great.” Alyssa beamed, for once in her life she was sure that things were going great. She had everything she wanted at her fingertips.

“You don’t seem like yourself lately.” Her mom hesitated, struggling with the words.

“I’m trying to improve myself, what's so bad about that?” Alyssa was offended by her mothers question.

“What are you doing to improve exactly?” Her mother asked softly.

“Don’t you see?” Alyssa angrily replied. “I did everything I could to look nice for you and you attack me for it, I can’t believe it!”

“Have you seen yourself Alyssa?” Her mother continued to push it.

“Yes, and I can’t believe that you would harass me over this.” Alyssa stood up, she was ready to leave, but then remembered she didn’t have her car.

“It’s not normal.” Her mother said.

“Normal? When have I ever been normal? If this isn’t normal what kind of crazy standards are you setting me up for?”

“Alyssa, calm down, we just want you to be okay.” Crystal spoke up. “Why don’t we all go for a ride and get some dessert?” She suggested. Alyssa mulled it over for a moment, at least in public her mom wouldn’t cause a scene, she had too much pride for that. Alyssa nodded, that would work to her benefit.

They filed out to the garage to ride in her mothers car, Alyssa wasn’t going to argue, she didn’t want to explain to her family why she didn’t have her car. Maybe she would tell them she did an Uber or something. She would have to find a way to leave without them seeing her.

Her mother drove, Thomas in the front and Crystal scooted in next to Alyssa. The ease with which her mother agreed to dessert had surprised her. Something wasn’t right, Alyssa just couldn’t put her finger on it.

“Where are we going for desert?” Alyssa asked. Two different answers came, one from her mother and another from her sister. Alyssa looked quickly at her sister, she knew that guilt ridden face was lying about something.

“It’s for your own good, you haven’t been yourself lately. We just want you checked out.” Crystal said softly.

“I can’t believe this! You’re jealous of me! I finally start doing something in my life and you can’t stand it!”

“Alyssa, it’s not that.” Crystal pleaded.

“I’m done with all of you! I wish I was out of here!” Alyssa was irate. Her family hated her and there was nothing she could do to prove herself to them. Alyssa’s vision started getting blurry and her head started spinning. The familiar words echoed in her head. Your wish is my command. Alyssa put her hand on her head, touching her temple hoping that would stabilize her.

“Alyssa!” She heard her sister screaming her name. The experience was surreal. She could hear them but her mind and body were separating. She couldn't speak, all she could do was drift away.