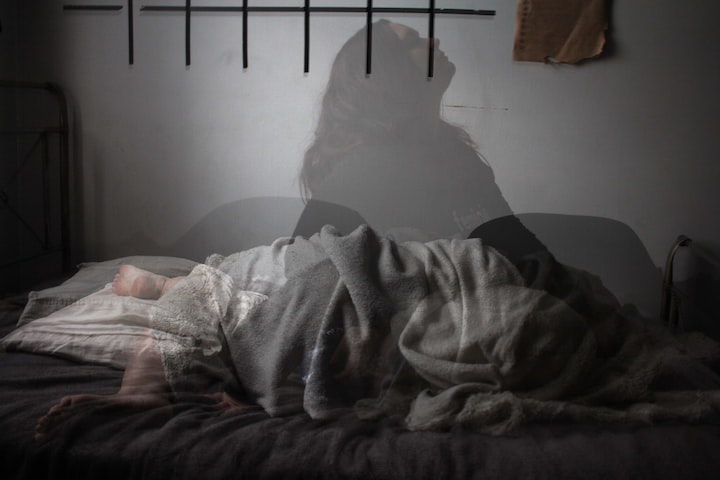 Alyssa opened her eyes, unaware of how much time had passed and found herself sitting on the side of the road in an unknown neighborhood. She stood, still feeling slightly dizzy and faltered when she attempted to walk. She looked around hoping to catch a glimpse of her mother’s car, or something that she recognized. Nothing, at this hour on the weekend everyone seemed to be tucked safely in their own homes or out on the town.

“I wish I was home in my room.” Alyssa held her head in preparation of the crazy ride. She focused her thoughts, home, bed, that’s all she wanted right now.

She opened her eyes and found herself surrounded by the familiarity of home. She was done with the day and wasn’t sure what time it was. She peeled off the fancy outfit and threw it in the hamper. It hadn’t seemed to make a difference. She took a big t-shirt out of her drawer and made her nightshirt out of it. She crawled under the covers and started to cry. A genie couldn’t fix the loneliness that kept her up at night. She wished things didn’t have to be this way, she just wanted someone to hold her.

“Your wish is my command.” Alyssa felt the presence before she saw him, it took a minute for her eyes to adjust to the dark. Gene lay next to her, his arms open waiting for her. She scooted closer, slightly scared of his sheer size, but here he was waiting for her. His arms enveloped her and she was surprised to feel warmth and a beating heart. She looked up at his face, the stoic look he had earlier had softened. His chin was chiseled but soft, and his eyes were a light brown, almost amber in color, His lips were full and slightly pink. She wanted to touch him, here he was holding her and she was still afraid. Then again she could do what she wanted with him, all she had to do was ask and he would obey.

“Can I touch you?” Alyssa asked putting on a brave front.

“Anything you wish.” His voice was softer, lower, a tone she hadn’t heard before. She reached her hand to his face, it felt as safe and warm as his arms.

“How are you so human?” She asked before realizing the words came out of her mouth.

“I am as you perceive me, you chose me and every part of me is decided by you.” Gene said softly. He seemed to know more about her power than she did. This handsomely large creation of a man who could make all of her material dreams come to fruition. Everything was racing through her mind, could she really do this? Was it possible or even plausible? Could he be the man she wanted? Could this man be the one? Yes, he was a genie but that only made things better. She could be a stay at home mom, she wouldn’t have to work. Her life could be perfect.

Exhaustion overtook Alyssa and even with all the chaos, she slipped into a restful sleep. Her dreams were filled with warmth and a sense of security that she only felt as a child.

Morning came and as Alyssa stretched she felt the warm arms still clinging to her body. She had turned at some point in the night because now she was facing away from him. She turned, still in his arms and caught a glimpse of his face, his eyes were closed. Did Genies sleep?

His eyes popped open and they were clearly not from someone who had been sleeping. He looked as if he had been laying there, awake.

“Did you sleep?” Alyssa asked much less afraid of him now.

“I do not require sleep.” He said.

“I do not require sustenance.”

“What do you require?” Alyssa asked thinking it would be an easier question.

“I require nothing but your wishes, without them I am nothing.” Alyssa crinkled her forehead, she needed some time to think, here she was contemplating a relationship with this fictional character she pulled out of a book. A common man would be easier to understand, but that he was not. Alyssa got out of bed and locked herself in the bathroom, Gene still lay on her bed.

Alyssa started running water for the bath, this was her happy place. She ran her fingers under the water to get the perfect temperature. It couldn’t be too hot, but it had to be warm. The temperature set she dropped some oils in the bath and let the aroma fill the small room. She closed her eyes and breathed in as it seeped through her pores. She shed her pajamas leaving them in a heap on the floor, gingerly placing one foot into the bath before slipping her body into the water.

She leaned against the back of the tub, her feet still had room to go. It was one thing she made sure when she got the place, that she could lay her entire body in the tub. She sat for a while debating on getting her hair wet, she didn’t want to ruin her new perfect hair. In the end, it came down to the luxury of the bath, she slowly immersed her entire body.

She lay there with her face only above water enough to breathe. Her hair floated around her, it was always beautiful like this, she felt like a mermaid. She remembered the days when she was a little kid and would pretend to be a mermaid, living out fantasies from her books to escape her mothers scrutiny.

Now she was living a fantasy, it was still hard to grasp. A genie, not only did he give her anything she wanted materially, but he was there for her physically. Would he be able to give her the family she always wanted? More questions she couldn’t answer, for now she just wanted to enjoy the fantasy.