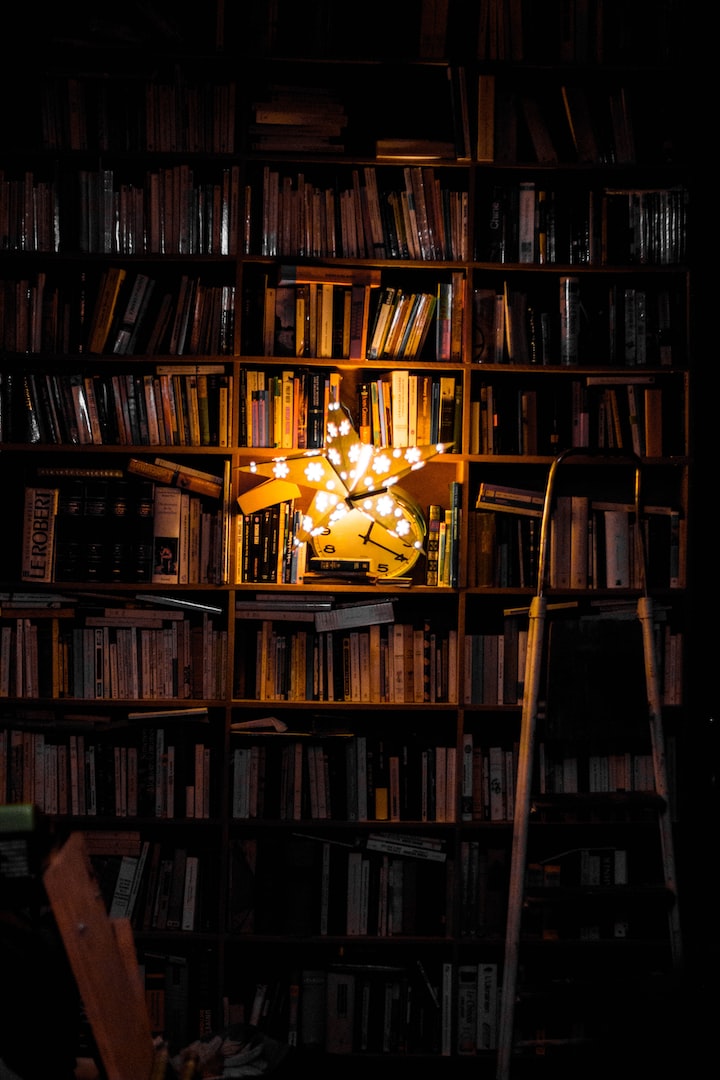 Photo by Valentin Antonini on Unsplash

It was the little black notebook that changed her life. Reading the book gave her power that she couldn’t understand but she was working on it. She could take any character out of a book. The things she could do, she thought it would be helpful when she had a family wedding to attend. She read a prince out of the book to be her date to a family wedding. He, however, turned out to be a bit too cavalier and she couldn’t even get him into a cab. There were still questions she didn’t know what her limits were. She found she could bring people out no problem, and it was easy wishing them back into the book when she tired of them. She found that where she picked them out of the book mattered. One of the princes she tried wasn’t such a great guy in the beginning of the book. He turned out to be a jerk.

The phone rang waking Alyssa from her thoughts. “Hello,” Ashely answered reluctantly, she didn’t have time for calls now.

“Alyssa, its mom. I was just calling to see how you are doing.” Alyssa rolled her eyes, it seemed her mother had taken to calling her frequently as of late.

“Work is fine.” Alyssa lied, she hated work, hated her job, but she couldn’t do anything else. She had to work to pay the bills, it was a part of life, a sucky part.

“Are you coming to dinner tomorrow? Your sister is going to be here.”

“I told you I would be there.” Alyssa inwardly grimaced at the thought of spending time with her sister and the new fiancé. Crystal had the perfect life. Crystal was born with all the looks, as a kid she was thin, as an adult she was thin with the right curves, at 5’7 her sister was the perfect height to follow her career as a model. Crystal’s fiancé Thomas was of the celebrity world himself, he was a personal trainer to the stars. He was an adonis of men, 6’5 with muscles everywhere you look, dark hair and a chin that could cut steel he was dreamy.

“I will see you there then, and try not to be late.” Her mother reprimanded her.

“I won’t, see you tomorrow.” Alyssa hung up the phone, she wanted them to leave her alone. Alyssa glanced at her reflection in the window, she had long since gotten rid of the mirrors in her house. The frizzy brown haired girl stared back at her. Her figure was not impressive, she had curves in all the wrong places. She managed to get the short end of the stick, literally, she was only 5’2. Alyssa pulled the shade on the window, she couldn’t look at herself, even in the poor window reflection.

It was time for a book, she wanted to test the limits of her power, to see what she could really do. She perused her books, they were everywhere in her house. She found them at yard sales and used bookstores. They were the only thing she asked for when it came to her birthday and Christmas. She didn’t have a television or computer, most people said the internet was only good for looking up pictures of cats, if she wanted a cat she would get her own.

Alyssa browsed the books, she didn’t want anything too crazy to come out of the books. She need to find someone who was just right, who would do things the way she wanted them to. Her first few tries had not been so successful.

The prince charming she pulled out for the wedding was a surprise even to her.

“My lady,” He had bowed before her. She was more than shocked when that occurred. It took going up to him and touching him to make sure he was real.

“Kiss me.” She had said impulsively.

“Your wish is my command,” was his reply. She could still taste him on her lips. It had been her first kiss, who more fitting than Prince Charming. He was fun for a time, but a bit dull, he wanted to do nothing but serenade her.

The second try she had kept to herself, he was the rugged cowboy from one of the romance books. He swept her off her feet, in one easy movement his strong arms took her to the bedroom and laid her on the bed. It didn’t take long for Alyssa to realize what was happening.

“Stop right there!” She had yelled, he froze, didn’t move one muscle. That was when Alyssa realized how strong her power was.

“Kiss my feet.” Ashely ordered. He promptly dropped to his knees and kissed her feet. It was a defining moment, he was too sex crazed for her, she wanted a man but not like that. She sent him back into the book. That was last week, work had kept her busy so she hadn’t had more time to explore.

She felt each book as she passed, each one seemed to reach out to her in a different way. That was until she reached the book of fairy tales, it was exactly what she needed. A little bit of magic in her life, if magic worked she could have anything she wanted, she wouldn’t have to work, her life would be a breeze. It would be a wonderful experience to go on a magic carpet ride.

Alyssa found the story, all she had to do was focus and it would be there. She nearly gave up and then it appeared, it lay flat on the ground. It was really a dingy looking rug, she wanted a pretty one, but she wasn’t even sure it would work. She walked around the edges, afraid to stand on it, lest it fly out from under her feet. She wasn’t going to make that mistake, she got on her hands and knees and crawled onto the rug, sitting in the middle. There was no way to hold on, and it still wasn’t moving. “Fly.” She ordered. The rug lifted off the ground and started going, Alyssa grimaced, there was no way to steer, it just went the way it wanted. “Turn left!” She screamed as they headed for the wall. It turned quickly at her command, she nearly fell off. She found herself clinging to the edge with feet dangling. The rug righted itself and Alyssa was now looking over the opposite edge. She couldn’t see where she was going, this was not going to work.

“Stop!” She yelled, its immediate response to her order took her off guard. She didn’t realize she would end up going down. The dining table broke her fall and nearly broke itself when she landed on it. A flying carpet was not realistic, she would break her neck on that thing. As it was she checked for broken bones, everything seemed to be in place, but boy did that hurt.

Alyssa sat on the couch, feeling the pain of her epic failure, the magic carpet draped over the dining table where it fell. She picked up the book, this time she would go for something that wouldn’t harm her. A smile crept over her face, gold, he was a thief with a cave of gold. That would solve all of her problems. She would never want for anything again. She quickly turned the page, she wasn’t sure how to get the gold, there was a lot of it. Alyssa focused and pictured the gold that would be hers. She opened her eyes, eager to see the piles of money. There was no pile, there was no sack overflowing of coins. Alyssa’s face fell, apparently it didn’t work on some things. She was about to try something else when she saw it. One single piece of gold laying on the floor. It wasn’t as much as she hoped for but it was something.

She went over to examine it, take her book with her, maybe she could only get one piece at a time. She picked up the gold coin, it was heavier than she expected. A mischievous grin broke out on her face, piece by piece, that’s how she would do it. She opened the book and focused, it took only a moment to realize the piece in her hand was missing. She looked around frustrated, getting gold was harder than she thought. She located it, on her couch, one single gold piece.

Alyssa glanced over to the dining table, the magic carpet was gone as well. She wondered when it had gone. She looked back at the book, she needed one more thing, something simple. The gingerbread man, a cookie, that would work. She focused and opened her eyes to see the cookie standing on her couch where the coin had been.

“I’m the gingerbread man, can’t catch me!” The thing said and ran off the couch. Alyssa screamed, she wasn’t prepared for this. It continued to run around the house taunting. This was just too weird, she wanted him gone. She opened the book and decided not to bring out anything else, she just wanted this crazy thing gone.

The house was now silent, Alyssa could think clearly. She looked around she was completely alone. She learned some things about her power, it seemed to only work for one thing at a time. Getting money from the books was not an option. She had to think of a way to make the most of this.

The darkness had begun to settle in the room, with all the excitement she didn’t realize what time it was. Usually she would curl up in bed with a book, tonight she didn’t want to risk it. This new power or whatever it was had its benefits, but it sure took the fun out of reading. She didn’t want any unexpected visitors in her bed, the rest she would figure out tomorrow.