Why Marriage Is Going Down And Divorce Is On The Rise

by William ONeill 4 months ago in divorced

It's all about building sandcastles 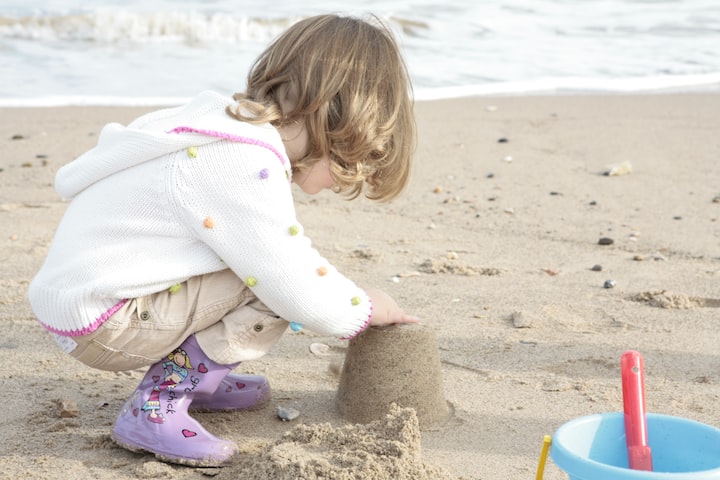 Photo by Diana Parkhouse on Unsplash

There was a time when people, my parents generation, married for life. "....until death us do part" weren't just the insincere words of an oath, they were words of a heartfelt promise that both parties had every intention of keeping. Not any more. These days it seems to be "....until I can see a clear advantage in not being with you any more."

I personally believe that the main reason is the empowerment of women supported by governments determined to treat women over favourably when it comes to separation and divorce. In Spain at least, the thinking of those that govern is well intentioned but poorly thought through or incompetently legally administered.

Now I speak here from personal experience, so please forgive me if this all sounds a bit one sided. The thinking is that any children in a marriage must come first. And since in the vast majority of divorces it is the woman who gets custody of the children (in 98 percent of divorces in Spain the woman gets custody) the powers that be believe that it is incumbent upon them to ensure that the woman gets the lions share of any assets.

The man? He gets to live with his elderly parents or the street. And they wonder why divorce is on the up and marriage is going down. No sane man would willingly sign into such a one sided contract.

To add insult to injury the woman manages to secure her own work and to take in a lover, or to move in the lover she already had, which was what broke the marriage in the first place. So now the man has to also support the very many who caused him all the pain and suffering in the first place. And they wonder why men have become so embittered.

In my case my divorce cost me everything, except my musical instruments, which I was insistent I needed to earn a living as a professional musician. In total my divorce cost me in the region of half a million euros in terms of assets, businesses and an accumulation of debt related to my divorce. And yes, she even kept the shirts off my back! I was reduced to nothing, zero, zilch. And all of those assets, like the house and the car, I had long before I met her from a lifetime of bloody hard work. So she effectively stole not just my present and future but also my past.

What could I do? What I did was take up busking on the streets so that I could at least pay the rent on an apartment little bigger than a bathroom and eat. My only transport was a twenty euro second hand woman's bike. For fifteen years the woman persecuted me for more, more, more. There was no way to keep up with the monster's greed.

I lost two businesses due to those legal demands with the courts trying to seize clients money from a language academy I had launched. My principle client, a private school where we gave after school classes, all paid for up front for a whole year, sacked me for fear of losing all the money. Six people lost their jobs because of that nonsense. I wept buckets when that happened I can tell you.

In the end I gave up trying to build any more sandcastles. If the beach bully was just going to never let up destroying my sandcastles, all I could do was stop building and throw my bucket and spade into the glory hole under the stairs at home to gather dust.

Over a period of fifteen years I had to attend something like fifty trials and it wasn't just demands for money. In part it was to pull her into line re contact with my young son and defend my self against false claims of violence.

On that last one, violence, the big joke was that it was she who was violent in the extreme. More than once she put me in hospital and many times threatened to kill me. The cheeky madam even once tried to get my best friend to go to Spain to denounce me by saying that I had asked him to find me a contract killer. The verbatim conversation between them went like this.

"Hi, it's Maria, I want you to come to Spain and tell the police that Liam asked you to find him a contract killer to see me off."

"I know he didn't, but I want my revenge on the bastard after he won big case against me yesterday. I want to see him in jail for a very long time, teach the bastard a lesson not to tangle with me."

"Ok, you need help, what you need is a psychiatrist Maria. I'm sorry, you're barking mad and barking up the wrong tree her, bye."

You can guess how that made me feel huh. In all of the cases I won every single one! However, innocent as I was, you can imagine the effect that much time legally tied up has on a man's ability to survive.

In the end the woman fled Spain with my young son and I have not seen neither hide nor hair from him since. As he was just thirteen years old she effectively kidnapped him. The law does not allow removing a minor from the country without the father's permission. Would the courts help? A total lack of interest is what I got from the law.

It is sad to report that this type of experience is not uncommon in Spain. I have heard may a story from a man who was put in jail on trumped up legal charges on the part of an embittered ex wife like mine. And it is this widespread type of experience which I believe is to a very large degree responsible for men shying away from getting married and women filing for divorce. Winner takes all is just too tempting for many women to ignore.

Now because everybody likes a happy ending, I am going to give you one. Despite my bad experience I did in the end meet somebody who totally bowled me over. I told her I had nothing, it was all gone and she replied....

"It's you I want, not your money. I love you Liam. You're a good man and I believe in you. Besides, I have all the money I need and I can help you to get back on your feet."

That was six years ago and we now live in another country on the other side of the planet. Not for a single second have I regretted getting married again to this woman. Indeed, every single day I rejoice that I have her at my side. Being with me has cost her a small fortune, I am talking about 30,000 euros plus , to bring me to her country and to help me with all sorts of life threatening health issues in a fantastic private hospital.

I have now taken the bucket and spade back out of the glory hole and started building sandcastles again. Life feels good when you are with the right person, somebody who brings you the water and sand to get building all of the castles you could ever wish for in your wildest dreams.