Why I Want to Foster Teenagers

by Katie Dawn 8 months ago in foster

a dream since my early 20s 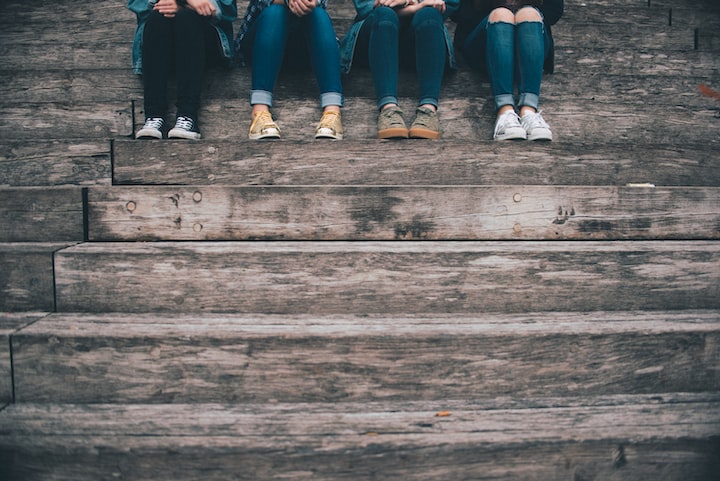 Photo by Gaelle Marcel on Unsplash

When I was a little girl, I was convinced I would marry at 20, and have five kids before I was 30. I dreamed of marrying young, having a large family, and being a stay-at-home mom. (Maybe that's why it took me forever to figure out my dream career ... I never thought I would really need one.)

My last relationship in high school ended when I was 16. I knew I was moving away for university, so I didn't make any effort to try dating again until I was 18 ... with no luck. By the time I hit 20, I realized that marriage and children might not be in the cards for me. Not wanting to live with regret, I told myself it was okay not to have children of my own. The idea of becoming a foster parent, however, seemed PERFECT. I told myself if I was still single by the time I turned 30, I would look into becoming a foster parent. (This was assuming I would have myself together by then -- career and a house in place.)

I've been with the Love of My Life for almost two years now; we met when I was 25. I was single for 8 years (I met someone just before I met My Love.) Since then, I have been re-evaluating my dreams of marriage and kids -- it was suddenly all a possibility again, but now I wonder if these are things I still want after all these years. (After hearing all the horror pregnancy/birth stories, I may have decided against having FIVE kids naturally, lol.)

Now I'm three years away from turning 30. I realized very early on in my current relationship that becoming a foster parent is something I'm still very keen on doing with my life. I can't shake off this desire.

I knew I wanted to foster teenagers, specifically, from the very beginning stages of this dream. I think one of the things that drove this idea was watching Life Unexpected with my Dad, about a girl who was given up for adoption by her teen mom but ended up in the foster care system instead due to a medical condition she had at birth. (I know I didn't do the synopsis justice, but this show is incredible and I still can't believe it only lasted TWO seasons!) Since then, having watched the movie Instant Family and some of the television show The Fosters (I just started, it's so good!), this idea of fostering teens has only been reaffirmed.

So many people want babies or young children when they're looking at fostering or adopting; it seems like not a lot of people want to take in teenagers. It doesn't matter what age you are, everyone wants (and deserves!) to be loved. Yes, the young ones need that love, of course, but so do the teens. Because of all the confusing pieces in their lives -- puberty, dating, what career to go for after high school (this is all on top of being bounced around foster homes, not knowing where they'll end up next) -- I feel that teens need way more support than they're being given. It's one of the reasons I wanted to teach high school; I wanted to be an extra support person for teenagers.

My mind wandered in the shower today -- I started thinking about my dream home. I think this thought came about because of the early episodes of The Fosters, going from a family with three teenagers to a family with five -- the oldest son considers moving out because everyone else took up all the hot water in the morning, the twins have to share their bedrooms with the new kids which is a huge adjustment. The parents were not ready to take on more kids, at least not on a permanent basis. I already know I would want to take in a few teens, but that would mean keeping in mind having a bedroom for each teen (because privacy is especially important and cherished at that age!), and maybe an extra bathroom or two to accomodate the number of people getting ready in the morning. A large kitchen and/or dining room would also be crucial -- a space for everyone to eat.

I've always had an internal instinct of wanting to do MORE, give MORE, be MORE. I want to change the world, some way, some how. I know I can't take in and help every single person in the foster system ... but if I can make the world a better place for a few, set a few up for success (before the system breaks them) ... I'd be so happy, knowing these few would be in a home where someone loves them. And (as a bonus) I would have the big family I always wanted.