Why I Stopped Sharing My Goals With My Parents

by Kevin Shan 3 months ago in parents

I already know what they're going to say. 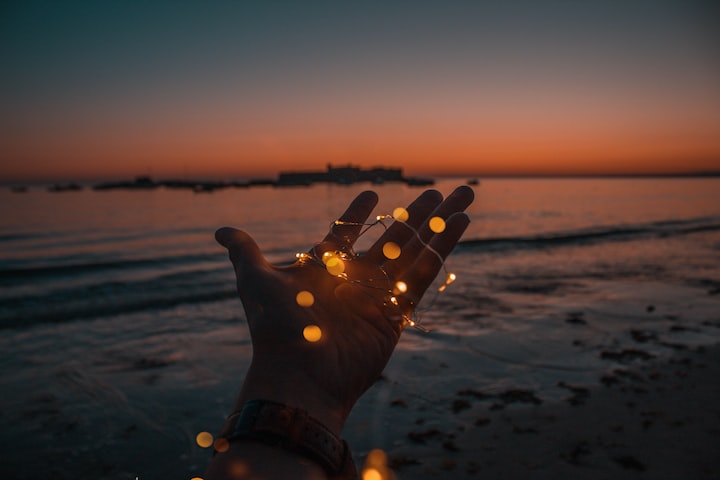 Photo by Yohann Lc on Unsplash

I averted my gaze and mumbled, "Nothing," as I walked upstairs into my room. My mom was probing me about my plans, goals, and my future. I didn't want to say anything, though. I already knew what my parents are going to tell me.

Just a day ago, I lost a ton of ranked games in an online computer game. I was mad at myself for not being good enough.

During dinner, I was thinking about why I wasn't good enough. Every time I have to do anything related to school, my energy gets drained, I waste my time, and I perform terribly. When my mom asked me what was wrong, I blurted out that I needed to drop out of school.

And hence, that sparked a series of conversations where my parents kept asking me to tell them exactly what I planned to do with my life.

But I wouldn't tell them. At most, I would say a half-truth.

Hearing People Tell Me That I'll Fail Makes Me Lost

I used to tell my parents about my goals all the time. But once you do it enough and keep getting the same response, you don't really feel like doing it anymore.

If I were to answer questions about my future with all honesty, I would say that I want to spend every day playing a video game called League of Legends and badminton. I want to go pro in either one of these things or both.

Of course, if I tell my parents that, they'll scoff at it. While I am ranked in the top 1% of North America in the video game, I am nowhere close to being considered a pro. As for badminton, I'm playing tournaments in my age group and getting knocked out within the first two rounds. No person who sees my results would seriously think I can go pro in either of those things.

I know my parents just want the best for me. They know money is essential. They know I can't play video games or badminton when I can't pay for a home and food. So they tell me that I need to find something to do that will allow me to economically sustain myself. "Anything as long as you can reach financial freedom is okay," they say. To me, however, it sounds like, "Anything is okay as long as we like it."

Whenever I get asked the question, "How are you going to make a living?" I used to talk about some online business that I started. Whether that was a blog or an e-commerce store, my parents would always tell me why I would fail doing what I was doing.

No one is going to read your blogs. No one will buy what you sell.

Eventually, I learned to tell my parents that I'll do only what they have previously mentioned before as successful. For example, if I build something similar to Amazon or Shopify, my parents think that will lead to a lot more success. So I tell them that my goal is to create an app for e-commerce.

It's a half-truth. I'll do what I tell them, but it's not my main focus. The only reason I do this is to avoid the feeling of being lost when people tell me what I want to do isn't possible. If I can't be successful doing what I want to do, what should I do? What can I do?

Because my parents are always telling me why I can't reach specific goals, I don't like to share my dreams with other people.

If my parents don't believe in me, why would anyone else?

I've been told that I'll fail so many times, I don't need to hear another person tell me the same thing.

Working without anyone believing in you is soul-draining. When you struggle with difficulty, you often fall into the trap of asking yourself why you're doing what you're doing. That's me pretty much all the time.

Whenever I submit my articles to specific publications, and they get rejected, I'm always wondering to myself, "Why am I trying so hard to be a successful blogger?"

Coupled with an excessive amount of sighing, I end up lying on my bed staring at my ceiling. I end up doing nothing despite having everything to do.

One day at my part-time job, a girl began talking to me. We were talking about the importance of university and what we wanted to do in the future.

Eventually, our conversation turned onto the topic of how I was going to be wealthy and successful one day. It was my last week at my part-time job. She told me, "The next time I see you, I hope to see you on the Forbes Top 30 Under 30 list."

Even though she doesn't know the extent of what I have done and the statement was somewhat of a joke, it meant a lot to me. It motivated me to do more and be better.

Our world is so focused on what we can't do. But when we tell someone, "You can do it," we can lift people up and change the world.

parents
Kevin Shan
Read next: Understanding the Effects of Addiction on the Family
Kevin Shan