Why are many parents obsessed with eating

by madeleine rene about a year ago in parents

and why it is affecting their children's lives? 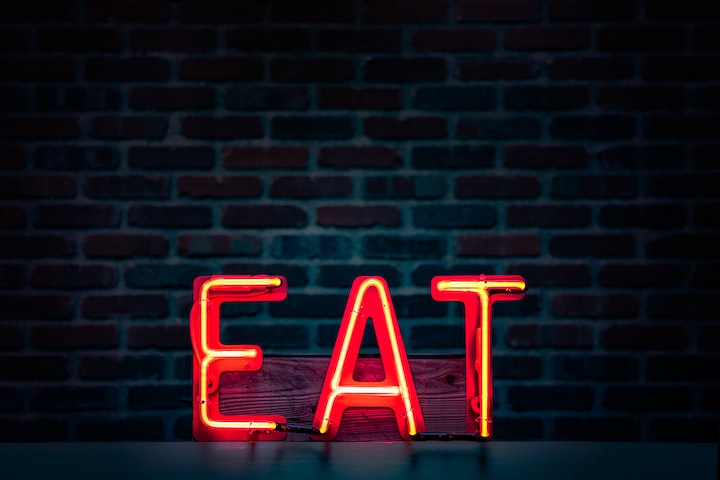 Food fuels us with energy to function, enhances the immune and disease prevention systems, consociates us, thus, leaning our lives towards the positive.

Given that we, albeit unconsciously, know these things too well, we've all too often failed to notice how much is enough "to function," "to improve health," and "to transform our lives," or at which point eating would become somewhat burdensome.

In the end, eating, the thing we've all our life emphasized, the most critical surviving skill, turns out what we most severely lack knowledge of.

An eminent theory has it that the discovery of cooked food marked the watershed moment in the human evolution timeline. It allowed us to absorb more nutrients, granting us more prominent and sharper brains.

Which means we could make thereupon better this world!

Humongous brains have, to all appearances, acted as a precursor to the agricultural and later industrial revolutions in the early Homo sapiens civilizations. And these seven billion people world as well. That said, many still are heedless of the fact that, until recently, we could have gotten rid of hunger.

By the 1800s, people still were pretty much overwrought of food. Thomas Robert Malthus, an English cleric, hypothesized that the population bomb would breach the tipping point of food production. The 20th and 21st centuries witnessed the prevalence of similar predictions. Paul Ehrlich's controversial book, "Population Bomb," concluded that the human population would mushroom to the point that food production could hardly satisfy our demand. We would, like this, on the whole, die of starvation.

During the 1960s, the world witnessed 17 million people starving to death. Even by the 2000s, the death toll was still 3 million. And not until the next decade could humans have brought it down to roughly 200,000.

Obvious as it might seem, the meal you're enjoying might have never been a no-brainer. We humans, in all likelihood, have yet to get used to sufficient supplies of food, for we still are eating as much as possible.

And since we've been so preoccupied with starvation, we prefer everything we rear, either our children, pet, or both, chubby.

2. Vietnam War and the phantom of starvation

The 1945 famine was a "calamity" in Vietnamese history. Two million people, on estimation, died of starvation.

Even when it'd gone, our grandparents, albeit not dying of starvation, still lived a life deprived of food. By appearance, no black-and-white photos before 1986 could ever have captured someone chubby, whether generals or civil servants.

Food deprivation was so "topical" a topic in either wartime or the subsidy period (thoi ki bao cap) we've all too often been told of in the husky, somber, and somehow "great-hearted" tone of our grandparents. Of the period, their lives went hand in hand with painful job's tears meals.

"Then, why are you turning down food, are you outta your mind?"

Bewildering enough, a "dialectic relationship" has somehow crept upon our life, we're coerced to eat what our ancestors could rarely have ever enjoyed.

By hook or crook, children have been brought up not only to fulfill their parents' shattered dreams but also to eat for them. And to prove they're by all means not lacking food, as well.

Perhaps that's why "eagerly" devouring has been placed in juxtaposition, regarding how strong one's parental skills are. People adore chubby, chunky babies, going sweet on and yelling "so cute" whenever stumbling upon.

Their children, either eating less eagerly or weighing 2kg less than others', might even get on their nerves.

Some parts of Africa (with a notorious starving population) still hold a distorted concept that only overweight women are considered charming. They, like this, coerce girls to consume up to 9000 calories a day to get overstuffed. Only by then can they get married. And to them, only outsize women could "get sex more enjoyable," afford pregnancy and child-rearing.

Don't bend; don't water it down; don't try to make it logical; don't edit your own soul according to the fashion. Rather, follow your most intense obsessions mercilessly

See all posts by madeleine rene →