by Natalie Maximets 2 years ago in divorced
Report Story

When couples declare their love and make life-long vows on their wedding day, the last thing anyone thinks about is divorce. 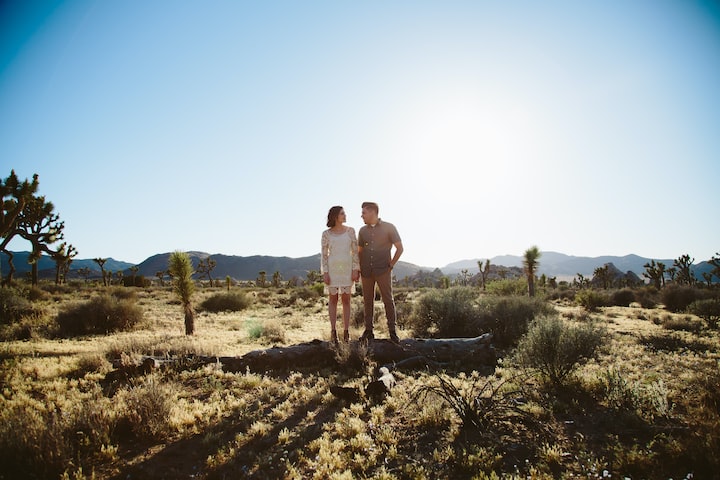 When couples declare their love and make life-long vows on their wedding day, the last thing anyone thinks about is divorce. Most husbands and wives dream about living together forever, facing life’s problems head-on as a team. You might want children and imagine what your life would be like with the pitter-patter of little feet running around the family home.

In many cases, marriages survive, and the couple gets to live out their hopes and dreams. But sadly, many other unions end in divorce. People can't foresee the future, but certain predictors can show whether a marriage is heading for a breakup.

So what causes marriages to fail? If you are worried that your marriage is on the verge of failure, consider this list of the top 10 reasons marriages fail.

When personalities clash, couples fight more. Perhaps you like to save money, and your spouse loves to spend. You might like quiet nights at home, whereas your spouse is a socialite and wants to go out every night. These minor differences can eventually turn into big problems. Even if you are in a happy marriage, you might clash, but compromising and working as one is key.

If couples can’t compromise or work together, divorce might very well be in the cards.

According to one study, couples who fight more than once a week about money are 30% more likely to get divorced.

Arguing about money can happen for many reasons. You might disagree on how to spend money, or you might be upset if one spouse spends irresponsibly.

When debts and bills need to be paid, and the funds aren’t available, it can cause major stress in a marriage. Throw children into the mix, and voila! A recipe for disaster. This doesn’t mean that all marriages end due to financial strains, but financial pressure is one of the common reasons couples end their union.

If finances are a problem in your marriage, being open and honest about your expenses and income can help. When couples communicate and work together with their finances, they can get through the hard times.

This might seem surprising, but many marriages lack sexual intimacy. Newsweek magazine estimates that between 15% and 20% of marriages in America are sexless.

Sexless marriages can lead to affairs and even emotional distance, which can wreak havoc in a marriage.

If you and your spouse are having intimacy issues, it is crucial to figure out why. Is there a medical issue or resentment? A sex therapist can help you figure out how to work together to find the source of the problem.

Being in an abusive marriage is also a significant factor for divorce. Abuse of any kind is never acceptable! There are different types of abuse, such as sexual, verbal, emotional, or physical. When a spouse degrades the other, it can quickly kill the love in a marriage.

If you are in such a marriage, it would be wise to protect yourself and your children if you have any. Get out before your life is in danger. No one deserves to be abused!

There is nothing more painful than when a spouse cheats on you. The emotional heartache and the break of trust are enough to destroy any marriage. According to Complete Case, infidelity is one of the biggest reasons for divorce.

Some marriages can overcome the pain and rebuild trust, but it takes exceptionally hard work from both sides. In most cases, the hurt spouse can't get over their shattered faith in their partner and therefore files for divorce.

When a spouse abuses drugs or alcohol, it can cause major strain in a relationship. Often those with an addiction hide their actions. This breaks down trust in a marriage. Besides this, money used to pay for the bad habit often leads to financial troubles.

You can imagine how hard it must be to deal with a partner who has an addiction, especially if the partner relapses often. Initially, the spouse without the addiction might be patient, but their patience might wear thin if the habit doesn’t go away over time.

Fighting about family can be a huge issue. If you have ever seen “Meet The Fockers,” you get an idea of how meddling inlaws can cause drama. This movie might be a funny comedy, but sadly when families interfere in a marriage, it can cause divorce.

Even if inlaws are not a problem, couples can also fight about their children. You might have different views on how to raise or discipline them. Arguing about children can lead to irritation between couples. Over time these fights might become so bad that the couple decides to get divorced.

When one or both spouses have mental health issues, it could eventually lead to divorce. Studies show that those who have Bipolar Disorder might exhibit impulsive behavior such as overspending or adultery.

Narcissistic Personality Disorder is also becoming better understood. Narcissists only care about themselves and what they can get from their victims. It makes married life incredibly hard for the other spouse.

Depression is another common mental health issue that can cause hard times in a marriage. If a spouse doesn't understand what their depressed loved one is going through, they might lack the patience to stick the marriage out.

It might surprise you, but having the wrong kind of friends can also lead to a marriage breakdown. When friends try to get in between couples, it can cause huge issues. There have been cases where “friends” even try to break couples up out of jealousy.

Friends looking to relive the good old days before you got married or seeking too much attention can cause tension in your marriage. It can become frustrating to your partner.

If you have a toxic friend, remember that your marriage needs to come first.

Sadly many couples grow apart over time. They might begin to feel like roommates rather than a couple. This is a sad situation to be in. It is best to talk to your spouse and determine why things changed. Sometimes all you might need is a heart to heart and some marital counseling to fix things.

Unfortunately, not all marriages can be saved. Choosing to end your marriage amicably might be the best way forward with your lives.

All marriages have their ups and downs, but if you notice any of the above problems in your life, you might need to take a step back and talk to your partner. Sometimes, a marriage can be saved despite these problems. But sadly, the damage caused is often too significant. Whatever you decide to do, do what's best for you and your children if you have any.

I'm a certified life transformation coach and a freelance writer with expertise in mindfulness and sustainability.

More stories from Natalie Maximets and writers in Families and other communities.