The Strength of Her

by Christina Jacobs about a year ago in parents
Report Story 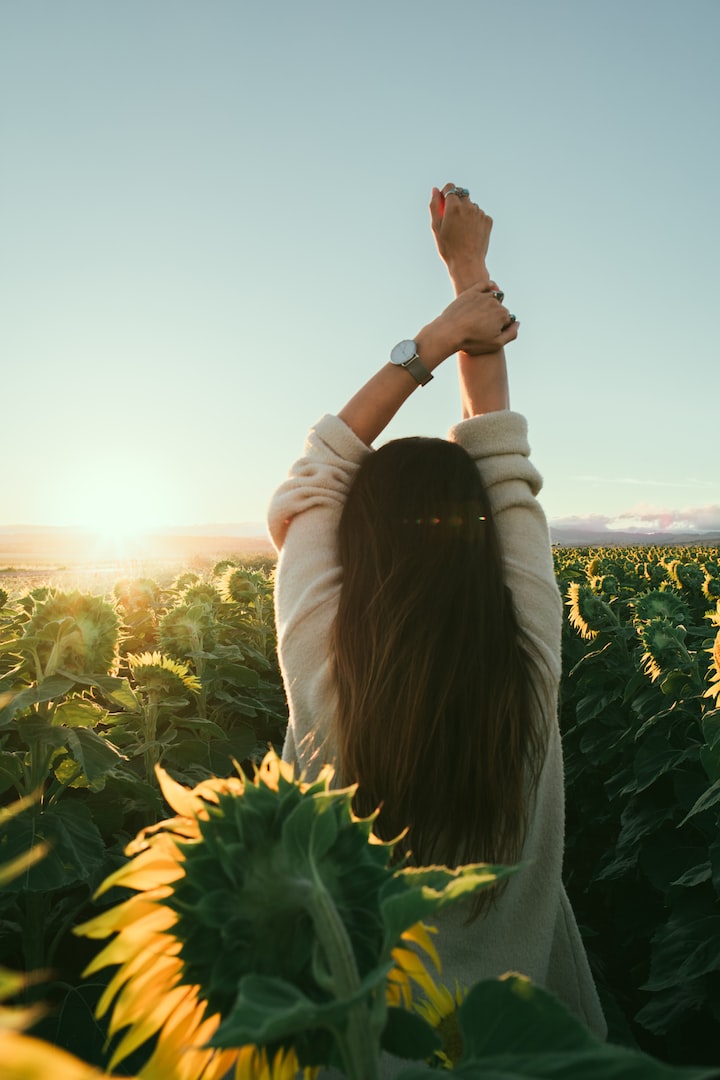 Photo by Rowan Chestnut on Unsplash

"Mom and daughters fight." is a phrase that has been ingrained into my head since the moment my mom spoke it to me almost ten years ago in one of the many fights we had when I was in high school. I remember little more from that argument than that phrase and the anger that surged through my body the second the words left her lips. This is not normal. I was so mad that our relationship wasn't a normal one. All of the rest of my female friends' relationships with their mothers seemed to be a lot more traditional. They were able to have conversations with their mother that didn't lead to arguments. It seemed that no matter how well I did in school or how hard I tried in sports I never felt good enough for my mother. The arguments continued throughout high school.

Once I got to college the relationship between my mom and I had become a lot more manageable. We never talked regularly but the interactions we were having weren't as toxic. One Christmas when I returned from college my mom and I sat down and had our first real conversation. I explained to her the pain I felt when she never missed a single basketball game for my brother, but would often forget to pick me up from my volleyball games or practices. I explained to her the frustration I felt the day she threw my bookbag out onto the front yard for leaving it on the table after studying for a final. I explained to her the hurt I felt after she kicked me out of her house three times despite the fact that I did well in school and stayed out of trouble. Once I had explained all this to her, my mom did something that took me by surprise. She acknowledged how I felt and apologized. This played a large role in mending the toxic relationship between my mom and me.

After that moment, the relationship got incrementally better. I found myself reaching out to my mother more about the little accomplishments I had been making. However, there were moments where I received negative comments from my mom that took me back to the time when I did not feel enough for her. These moments led to little setbacks in our relationship.

It was a phone call with my sister that changed my perspective of my mother. My sister was thirteen years older than me so she had a much different experience growing up with my parents than I did. I had never seen my parents together (that I can remember at least). One day I was talking to my sister about her experience growing up, and I was completely baffled at how different our experiences were. My sister told me about the many times she and my older brothers had to go to a shelter with my mom wearing a bloody face. It was very hard for me to understand that my dad was the one responsible for this. He was the one that never missed a game, and also the one that was paying for my college. I had always seen my dad as the hero.

The turning point for our relationship occurred after I graduated college. I was unsure what I wanted to do so I decided to become a substitute teacher. As I started to work at different schools, I began to think that teaching was something I was interested in doing full-time. One of the schools I substituted at had a high turnover with teachers and offered me my own classroom for the next school year. I was so excited because I felt like I had finally found my calling.

When the school year began, I struggled a lot with having my own classroom. I did not have a background in education so I felt instantly disadvantaged. There were also a lot of discipline issues with the students. I slept very little because, on top of teaching, I was serving as well. Eventually, I got a text from my principal to come in on a Sunday, and I was instantly nervous. When I arrived I was told that I was fired. I was so distraught by this news that once I got into my car I began to call anyone who I thought would listen. No one picked up. When I looked down at my phone again my mom was calling. I hastily picked up and through muffled cries began to tell her what had just happened to me. Halfway through me telling her what had happened, I remembered who I was talking to and began to fear her response. I had always never felt good enough for her and this was just going to confirm that I wasn't.

After I had told her about my firing, my mom said to me " Christina, there is something better out there for you". My heart rate began to slow down as soon as those words hit my ears. She continued to give me words of encouragement. She told me that Jacobs women were strong and I just had to continue forward. I didn't cry a single tear for that job after that conversation. The next day I applied for college again. Within the next month, I moved to another city and began working on my second degree.

Nothing about the relationship between my mom and me has been easy, but I am so thankful for the lessons that it has brought me. My mom has shown me what true strength is, and when I needed her to pass on her strength she was there with her arms wide open. There are still some challenges we go through as we both grow as people, but I know I wouldn't be the strong, resilient person I am today without my mom by my side. I love her and she has truly grown to become my best friend.

More stories from Christina Jacobs and writers in Families and other communities.