The Story Of How I Met My Wife

by Ryan Miller 6 months ago in married
Report Story

Crazy Things Happen When You Blindly Trust The Universe 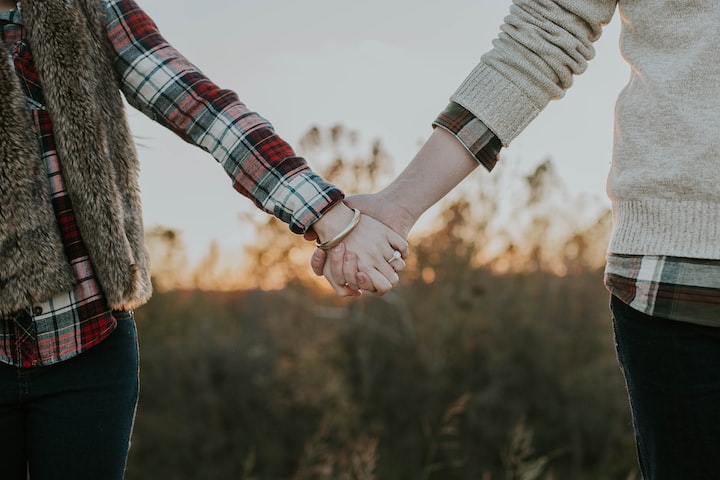 I hadn't had a relationship for the last 5 years and things were hard on me.

My main focus was my job as a team leader for a random tech company. I wasn't even earning good money, but they tricked me believe I have a high value for the company.

They made me obsessed with improving my results. They made me "live for my job". I threw the work-life balance out of the window and committed 100% to the job.

But the global crisis came and the company's bad management became worse.

In their attempt to reduce costs, they made the atmosphere impossible to breathe and everybody was stressed and tense about the new changes.

It was difficult for me to follow the new management strategy because I was letting my people down.

I cared about my team's wellbeing more than I cared about the company. I was used to fighting with the company whenever I could win benefits for my team. Now I couldn't do that anymore and I felt that the work I had done in the last 3 years was useless.

I felt like quitting but I didn't have where to go. Not at that moment, at least.

I needed a change. I wanted to meet new people and to adopt a new hobby while avoiding the people at work.

We were working from home and everybody was badmouthing the company. I did not want to be part of that toxicity. It made me sick.

I always loved writing and blogging so I took part in a creative writing contest.

I did not want to win prizes, I just wanted to start interacting with new and less toxic people.

After joining the competition's social media group, I started commenting on different topics. I am good at the technical side of blogging and I started helping others for free.

I responded to their questions and provided free but premium support.

My willingness to help strangers made the visible. I got adopted by the community fast and this way, I made new friends.

This way, I got the chance to meet my current wife, but I will talk later about that.

I ignored her at first

Ana, my current wife, was very active in the community. She had her loyal tribe and everybody was interacting with her.

She was the most present Alpha female from the group. This is because she is a nice person and won the writing contest once.

I did not want to interact with her at first. I did my best to stay away. I did not even reply to her comments on various threads.

I was afraid that she will have a false impression that I want to infiltrate her tribe and steal her fans. I am used to leaders feeling threatened by me only because I am smart, I know how to talk, write and behave. I did not want this to happen to me again.

We exchanged a few words, eventually

She tagged me in a guest-post request and I wrote an article for her blog.

We exchanged a few words in private and one thing led to another. We started talking every day about writing, blogging, and other random things. I never hit on her.

She was married, had two kids, and was living in a different country than me. I thought I found the perfect best friend.

I didn't want to get romantically involved with any of the girls from the community, I just wanted to meet new people. I needed to change my friend circle, as discussing with my work buddies became toxic and I didn't have any other friends.

She made me understand her marriage was fragile

I knew something was fishy about the fact that she spent a lot of time interacting with me, but I didn't know what.

She published an article suggesting that she and her husband don't get along very well and she needed saving.

I wanted to stay away at first, but I couldn't.

I followed my soul and ignored the noise surrounding me

She was (and still is) a very nice person and a good friend. I wanted her to be happy and encouraged her to pursue her dream. I told her to do whatever made her happy.

She told me she wanted to divorce her husband and I did not encourage her to run with me.

I told her (and never lied about it) that the first thing I wanted for her was to be happy and the second, if possible, was for her to be with me.

I encouraged and helped her to do the things she enjoyed. I was always there for her and did my best to provide her with moral support.

I felt bad sometimes, as she was suffering and wanted me to promise I am willing to save her, but I didn't make such a promise.

I avoided meeting her until I couldn't avoid this anymore

I never traveled alone in a foreign country and I hesitated at first when she suggested we meet.

I was afraid that our love story is not real. I was afraid of all the changes I needed to make, to be with her. I was afraid I was not the strong person she thought I was.

I was afraid… And I avoided meeting her until I couldn't avoid this anymore.

Things became very complicated for her, as her marriage was falling apart.

As a sign of support, I told her I would do anything for her, knowing that she would ask for us to meet in person. To feel that everything between us is real.

How we finally met

I bought a bottle of rum, drank a few glasses of Captain Morgan, and bought plane tickets.

That was the moment I found out I had what was required from me to leave my current life and embrace a new life.

A life with a woman and a child, in a different country. We moved together, for good, 3 months later.

But what about the suffocating job?

I quit my job.

A friend recommended me to a multinational company and I sent a resume. I filled in all the details during the trip when I first met Ana.

The new job made things easier for me. I now win two times more than I won at my toxic job and I do half the work.

Because the new job is exclusively remote, it wasn't so difficult for me to move to the country where Ana lived.

I thank the Universe for everything

I am very proud of everything that happened. I didn't plan everything, but I entrusted the Universe with all my heart and soul.

I was confident that our love story is real and I followed my soul, ignoring reason.

This is the story of how I met my wife. Hope you liked it.

PS: We are still together and have a wonderful relationship.

More stories from Ryan Miller and writers in Families and other communities.