by Cheryl E Preston 14 days ago in grief

When a loved one passes away the pain becomes fresh all over again each time you have to take care of business related to the recently departed. 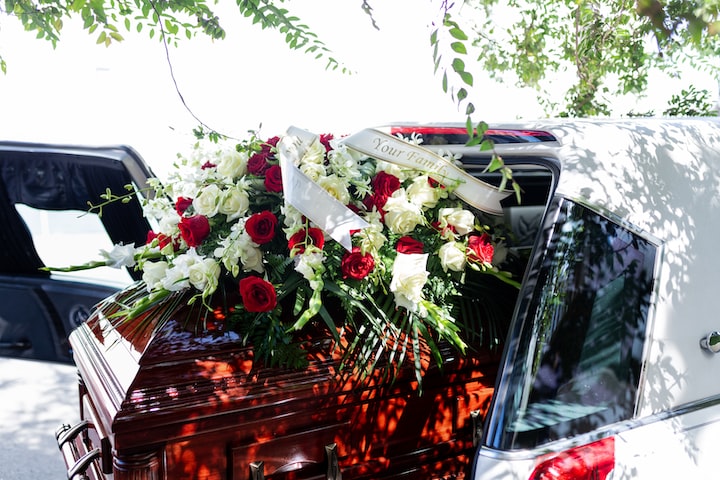 Photo by adrianna geo on Unsplash

The death of any loved one is difficult and healing can be hindered by simply taking care of business. I vaguely experienced this with my mother and my grandmother but it's almost unbearable now that my husband has died. We spent 45 years together which is 5 years shy of being half a century. He has only been gone about 3 weeks but it feels like an eternity. Each time I believe I am having a good day something happens that causes me to feel as if he has just died all over again. It feels like smooth sailing and then waves crashing down over and over again taking my breath away before they subside.

Today I called the bank and as I explained that my spouse had died I broke down and cried on the phone. I am usually in control of my emotions and stand strong when others around me give in to sorrow. When the bank representative told me I had to bring in the death certificate to verify that my husband had died, I cried like a baby. The freshness of the wound hit me so hard and the reality that he is actually gone overtook me as if I did not know it before.

I also experienced some guilt as if removing his name from the bank was somehow being disloyal. I had no problem going through his suits but when I looked at his many boxes of shoes I broke down again. I told the children that I know some other man would benefit from the many styles and colors of Stacy Adams footwear that my husband had owned but I cannot at this time bear to part with them. Our oldest son had purchased his dad a pair of Indianapolis Colts tennis shoes which he never got to wear. He considered them special and said he would wait for the right occasion but he died without ever having them on his feet.

I wore the shoes recently when our son took me hiking and did not feel a thing. I had a moment, however, inside of Family Dollar looking at the Easter decorations. My husband was a big kid and every year I fixed him his very own basket with all his favorite candies. As I looked at the aisle filled with chocolate bunnies and other holiday treats I realized that never again would I be able to do this small gesture for the man I loved for so long.

There are some things I can talk about and have a fond memory of or a good laugh about. There are others that cause me to relive the fact that he has died over and over again. I have no idea when these moments will come and I cannot control them. I try to recall some not so pleasant memories but right now they pale in comparison with the grief of the loss. I have so much regret over what could have been and wonder if this could have been avoided. People keep telling me the grief is fresh and a part of me desires it to remain that way. I don't want my love for my husband to decrease and somewhere within meI enjoy the pain.

I know I must have the phone turned off and remove his name from the accounts. On some levels, it feels as if I am cheating on him and I know other widows get it. I dread the wound being reopened and yet I dread the day when it will not hurt so much. So for now, like many before me I will roll with the punches. I will cry when the tears fall and not attempt to stop them. I have been told that it's much worse to try to suppress my emotions which is what churchy people suggest.

If one more person tells me to think only positive thoughts and to quote scripture and be glad my spouse is out of pain I will scream. Grief is not a one size fits all and no two people will respond the same. Some women and men marry within months or the first year after a spouse has passed away, Others never date or marry again. I am going to allow whatever emotions come my way and deal with them one at a time. Each time something triggers me and my husband's death feels fresh I will embrace the moment until it passes. Truthfully, what else can I do?