by Tara Muckerheide 2 years ago in divorced
Report Story 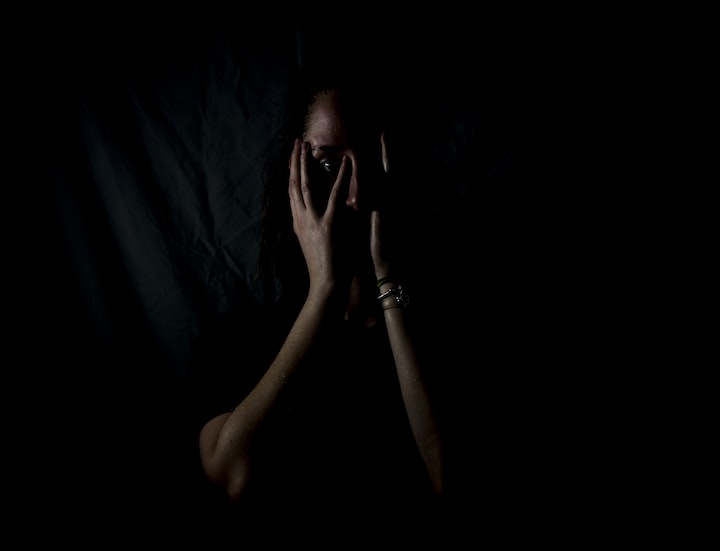 Photo by Melanie Wasser on Unsplash

My life, just as yours, has been a string of events. Some good. Some bad. All leading me to where I am today. Would one thing have changed that? That is a question we all ask, yet never truly know. Maybe it's better we don't know. Probably for our own good, some Devine greater power, or whatever.

I can think of many things I would like to go back and change. Don't wear that one outfit. Don't eat that gas station sushi. But there is one thing, one life-changing thing, we all would go back and change. I remember the exact day, how I was feeling, what I was wearing, what HE was wearing. The day I met Him. That day changed my life forever.

He is charming. He is handsome. He looks at her like she is beautiful; everything a 15-year-old girl wants to see, feel. The ignorance of youth blinds her from his true identity. She sees a prince when under that facade is a monster. The prince is calm and understanding, patient and kind. The monster waits, watches, smiling his wretched smile, knowing it will be his turn when the time is right. Waiting is the monster’s most sinister trick. It is what lures them all in. Those ignorant, nieve fools.

While the monster hides, the prince showers her with affection and love.

On top of the world, she soaks in every single word. Knowing he loves her makes her feel beautiful, strong, confident. She would take on the world to be with him. He is her one and only. HE is her everything. (oh how the monster smiles.)

Nothing happens suddenly. It has been happening all along, but with the most cunning disguise. Instead of beauty, he sees weakness. Instead of patience, he has a sharp tongue. Instead of a soft, intimate touch, it is a strong, hard grasp.

No, not what you are thinking. That would be too obvious. The monster is smarter than that. He knows to stay hidden from others. Oh, but the time has come. Yes! He finally gets to come out and play. Even if its only for a little while. (We cannot unmask ourselves all at once now.)

Have you ever experienced that moment when your mind goes a million miles a minute yet is completely blank? You are frozen with fear. Now, it is not a typical kind of fear, like seeing a spider or a clown, but an internal fear. One that scares the deepest parts of you. The kind of fear that cripples your entire body and you are not sure if you will ever be able to move. It is that kind of fear that a mother feels when she is told that there is nothing more she can do in her fight for her daughter, the beautiful little human being that put her through an excruciating 30 hours of labor only to be cut open to bring her into this world, already sacrificing her life for this baby she had yet to even meet. The little girl who decided to wait to come into this world until Mother’s Day, making her a mom. It is that little girl who she has been fighting for, fighting the monster.

It is this kind of fear that fueled her in the beginning. It was her drive in making sure that the monster would not be able to harm the girl as he had harmed her. He would not make her feel worthless or anything less than amazing. She soon found out that this was a fantasy. The monster was too good. He fooled everyone, everyone including the girl, that beautiful girl.

These are all very simple words that hold little meaning to most. To her, these words swallowed her whole. She had used these words numerous times with such conviction and feeling, knowing that it should make a difference. “If I just tell the truth and say what happened, it will all be okay. Right?” Never had she been so wrong. You see, though the words meant a lot to her, they mean nothing to others. The others see these words and move on, all while she is stuck, unable to move past a simple word like REGRET. Then follows SHAME & GUILT, almost always followed with RAGE.

It is the rage that takes over! It is what keeps her going every day. There will be justice someday. It may not be today, but it will happen. She is forever thinking. She is a woman who has felt that FEAR. The monster should be afraid of that fear.

A monster disguised as a man. A monster that preyed upon an innocent girl, seduced her, got her to marry him, promised her the life she desired, and gave her a child. Not because the monster wanted a child, but because he wanted to put the final link in the chain that held his sweet innocent victim captive. A baby would mean she was trapped, a baby would mean she could never leave him, a baby would mean she would always need him because he gave her this. What the monster didn't take into consideration is what that baby would give to that sweet innocent girl. That baby gave the girl a place, she wasn't just his wife anymore, she wasn't only good enough for just him anymore, she was a mother and she was the only thing good enough for her child. That baby, that beautiful little girl gave her strength, she gave her courage, she made her a mother. What the monster who thought he was so powerful and strong, couldn't possibly understand is the power and strength of a mother. The strength of a mother doesn't come close to anything in the entire universe, and that strength was all that mother needed to break free of every single link of that carefully manipulated chain and truly see the monster for what he really was. The rage that filled the mother and the strength her daughter gave her made her an unstoppable force to which the monster didn't stand a chance. The mother couldn't save the innocent girl that she once was, the one the monster had taken, but she could save the woman she had become and the innocent girl she had given life to. Saving her little girl was everything.

I am a Stay-at-Home Mama/Wife, ex-hospital worker, who loves to share stories of my silly, wonderful family. Let's laugh, cry, and smile together. :)