The impact of infant loss.

by Sarah Sebastion 2 years ago in grief
Report Story 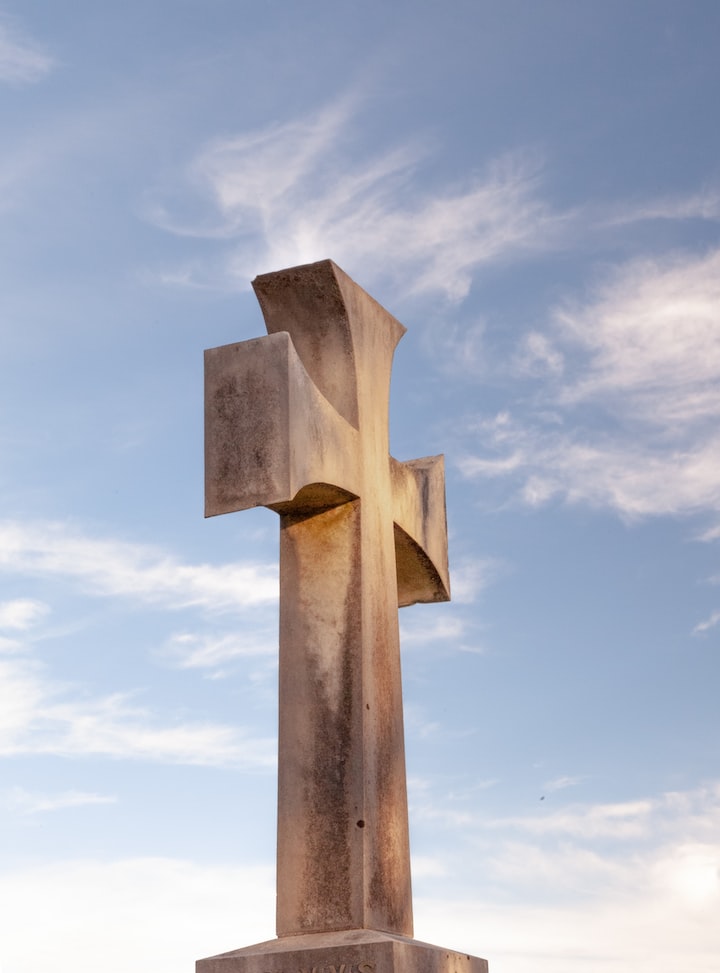 The losses we feel everyday in our lives are not insignificant, they all hurt, sting and make us feel extremely lost without that person. Although everyone has different views on loss, those that hurt the most are the loss of an infant. A spectacular blessing that has brought so much joy in a short amount of time. For a mother that time is including the nine months she carries the infant as well. However, losing that blessing is the most soul crushing feeling ever. I remember the night vividly everyday, I remember the feeling of guilt, and feeling like my heart was shattering. Waking up to my husband saying " dear there is something wrong with the baby". Immediately grabbing my glasses off the stand beside the bed grabbing our little boy from him, Immediately starting CPR even though with a medical background they say you are not allowed to work on your own family. I was the only one trained to respond to this type of situation. That situation is completely different when its your own family, the amount of guilt you feel, the constant battle inside of you, wondering everyday if you did everything you were trained to do. Those are things I do not wish on anyone else to ever know what it feels like.

Two days before Christmas my husband and I lost our newborn son to SIDS, this is the most heart wrenching thing anyone will ever go through. Again I know all losses are hard, but those of a child are the worst. Waiting in those 5 minutes that I was the only one working on my son seemed to drag forever. It was complete agony waiting on the paramedics to arrive, although I was focused on my son and my son alone, I felt like those moments would never pass and they would never arrive. Finally, they arrived and took my son from me, looking at him completely limp was enough to suffocate a person who had to continue moving to try to save him. Even waiting outside of the ambulance I was rocking and waiting hoping to hear him cry to know he was ok again, it didn't happen. They took me inside the ambulance with them to make me sit down, sent another paramedic to find my husband and bring him out. They had stopped working on my son while they were trying to find my husband. Once they found my husband and had him with me, they called time of death. My world completely shattered, I screamed and cried fighting my husband to let me go so I could continue to work on him myself. Wanting so desperately to bring him back to me.

I sat there with my husband clawing at his arms wanting loose for a good 15 minutes before I finally sunk into him and cried. Then like any good medical professional, I dried my tears and began to answer everyone's questions while trying to still process everything that had happened. Once I answered everyone's questions I went back to the ambulance until it had to leave with him in it. I sat with my dead son for over an hour and a half watching as my son started turning colors. The baby who was warm when I started working on him was slowly turning cold, and molting. He was starting to excrete the last of his mucus from his nose and mouth. I sat with him for over an hour wiping his nose and mouth. In that hour with him I sat and held him crying and apologizing for not being enough to save him. Those feelings do not go away. Those thoughts of your skills not being enough, of second guessing yourself, it doesn't go away. It will haunt you for the rest of your life, it will feel like it controls you.

Over the course of two weeks making the funeral arrangements, listening and explaining to my older kids why their brother wasn't coming back. Those were the hardest two weeks at first having to sit and pick what you want done with your infant son because he never got to live past eighteen days old. That is the hardest part along with battling everything inside of you that's raging a war inside. Everyone will tell you or try to tell you to slow down and not make arrangements in a hurry. They will tell you to allow yourself time to grieve. For me the way I did things worked, it allowed everything important to get done, so I could focus on grieving. Grieving would not allow anything to get done that had to get done, it would have slowed down the process and it would have made everything a lot harder on me. Everyone grieves differently some people grieve for the rest of their lives after losing a child, others do not. Others who have lost a child are blessed with another baby after losing one. Everyone will also compare losing a living breathing child to that of a miscarriage, but any mother who has had both will tell you they are not the same. A miscarriage is painful, but losing a child you grew for nine months, you fed, you changed, you put to bed, you bathed is the worst pain of all. You allowed yourself to become so overly in love with a small human you are supposed to protect, only to lose that tiny human. I spent days after losing him wishing it had been me in his place, wishing above all else that I could trade places with him. Unfortunately that is not the way life allows us to do things. It has been ten months since the passing of my infant, I still cry to this day over him, I still cry because my older children still want to know when they can have him back. I cry because our lives will never be the same. I still fight the battle inside of me that says my skills weren't enough. I wrote this to show other moms who have lost a child that it does slowly get easier, but the pain never goes away. Those who will judge, will judge, no one will ever know what you go through inside yourself. The constant battles inside will always rage, sometimes it will hit you at your lowest, sometimes at your highest. You will always wonder what your child will be doing or would be doing if they were alive.

Don't be afraid to talk about your child, don't try to hide away from the fact that you had a child who passed, because of something you couldn't control. Blaming yourself won't help you either it will just make you feel worse. Take the question's your older children will have, if you have older children, answer those question's. Don't shy away from telling your older children and explaining to them. You may have to explain several times, or you may sit and cry with them, because they miss the child you lost. All of those are normal in the ten months it has been since I lost my infant, I have sat and cried with my oldest more times than I can count. My oldest needs to know it is ok to talk about the baby brother he had, and that it is ok to cry about his loss. I didn't just lose a child, so did my husband who has been my rock and my support the last ten months, but so did my oldest son and daughter. They lost a sibling a brother someone they could have grew up with who they would have gotten to watch take his first steps soon. A sibling they would get to help, love, laugh, and grow with even though he was the youngest. I hope this helps someone see that the guilt, blame, and every other earth shattering emotion you feel when you lose an infant is normal, as I hear a lot of mother's shy away from talking about the child they lost, because everyone tells them they should get over it. No you shouldn't, you will heal when you are ready to as does everyone from grief. Those first days, weeks, and even months after losing an infant are the worst. All mothers who have lost a child are still mothers.

More stories from Sarah Sebastion and writers in Families and other communities.