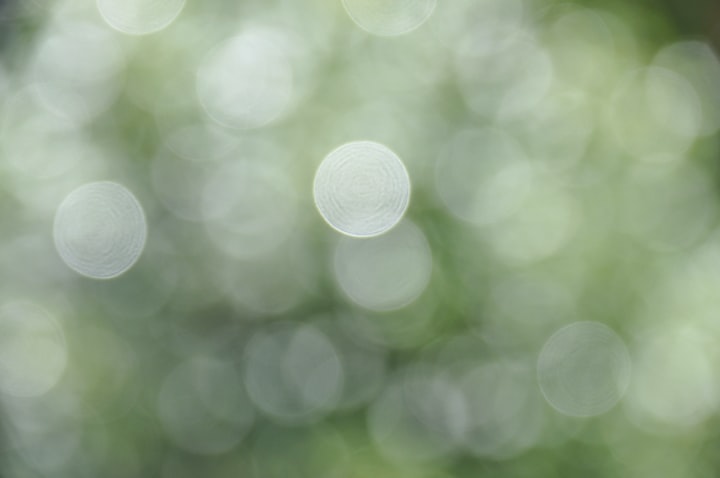 “I still don’t get why they were so in love with Gatsby”, Jade muttered from the backseat.

“What was that?” Aunt CeCe asked into the rearview.

“Mom and Dad… stupid Gatsby.” She was referring, of course, to the namesake she loathed. For her entire life – all 12 years – Jade’s parents dismissed the inquisition whenever it arose. She knew it had to do with that green light Gatsby was always reaching towards. But when she asked, her mother’s response was simply, “Because he never stopped reaching – and neither should you", delivered with that sweet, inspiring tone she already missed. Jade pinched her eyes shut, forcing back tears she lacked the energy to shed.

Still in her best black dress, the shock was beginning to wear off already – and it was too soon. Jade wasn’t ready to think about what tomorrow might look like, let alone an entire life ahead without her parents. She overheard a neighbor saying it was a lovely service, but Jade didn’t know how that could be true. How could something so awful be ‘lovely’? Maybe that’s just something people say at funerals to make themselves feel better, she thought.

Aunt CeCe’s voice snapped Jade back to reality: “I always made fun of Lauren for being an old lady trapped in a young person’s body. Your mom… she was always fascinated by old fashioned things, like she was born in the wrong time period. I thought she was such a nerd with her black and white movies and classic literature. But then when she met your dad, and he was the same way… well, I knew they were a match made in heaven.”

Jade had heard all of this a hundred times. She knew about her parents’ shared love of ‘all things old’, and had spent plenty of boring afternoons in Antique stores as they mined the aisles for treasure. Now, she longed for just one more hour together in one of those junk shops.

“I know the story Aunt CeCe”, Jade sighed with exasperation. “What I don’t know is why they were obsessed with Gatsby. I’ve read the book, okay? He was a desperate, lovesick liar whose stubbornness got him killed.”

“I’m serious!” Jade insisted. “He stood at the end of that dock – in front of a house he did sketchy things to get – reaching towards the girl he couldn’t let go of. And then, when he finally could’ve had her, he ruined the whole thing by asking for too much. He literally was his own downfall, and I hate that my name is tied to that. And now, I’ll never know why they…” Jade’s voice broke as she realized she’d never get the answer she longed for.

The truth was, Jade’s name bothered her now more than ever. Her name was inspired by a tragedy, and since the accident that took her parents, that word was forever tied to her life. The irony was sickening.

The silence sat between them like a thick cloud, until Aunt CeCe’s voice cut through: “Perhaps it was less about what he was reaching FOR, and more about WHY he was reaching for it."

Jade paused. “What do you mean?”

“Well…” CeCe continued slowly, “You’re right – Gatsby was reaching towards the green light because it was at Daisy’s house. But… I think it’s deeper than that."

“Gatsby had an undying belief that was within him was greater than his circumstances – that the dreams and vision he had for his life were worth pursuing at any cost, no matter the setback. Maybe his methods were questionable, and maybe he was too stubborn about a few details… but that fire within him that kept driving him towards the goal? That unrelenting hope that propelled him forward? THAT is what makes Gatsby a great character – and I believe that’s what your parents wanted to give you, Jade. Your name isn’t defined by Gatsby’s tragedy: it’s defined by his triumph. And that triumph is the belief that he deserved the destiny he dreamed of."

Jade sat in silence, as tears escaped the corners of her eyes.

“Jade, the green light isn’t about the tragedy. The green light is about believing in yourself and your own dreams so much, that no one can convince you otherwise. It’s about being so resolved in your own worth, that nobody can take that away from you. Your name isn’t a stamp of failure, sweetheart. It’s a gift.”

As Jade pondered this, it all suddenly became clear. Her mom HAD given her the answer, all along: “Because he never stopped reaching – and neither should you." Mom’s response wasn’t a puzzle – it just contained a depth she’d never understood. Tears streamed down her cheeks, as the first smile in days crossed her lips. A few moments ago, she was convinced that her name would forever remind her of her greatest loss – and now, she realized it would serve as eternal evidence of her greatest gift.

“That’s exactly what they wanted, Jade. I’m sure of it”, CeCe affirmed.

“Then that’s what I’ll do”, Jade resolved. And in that moment – just like Gatsby – she knew the road ahead would be challenging. She knew the grief in the months and years that followed would be devastating, and that her parents’ absence would be ever-present in her heart. But she also knew that she was branded with the promise of resilience at birth – and that regardless of the pain and difficulty ahead, she would never stop shining that beautiful Jade green light.

More stories from Crysten Cornish and writers in Families and other communities.