The downfalls of Ancestry

by Erin King 2 months ago in grandparents
Report Story

Not easy after your grandparents are dead. 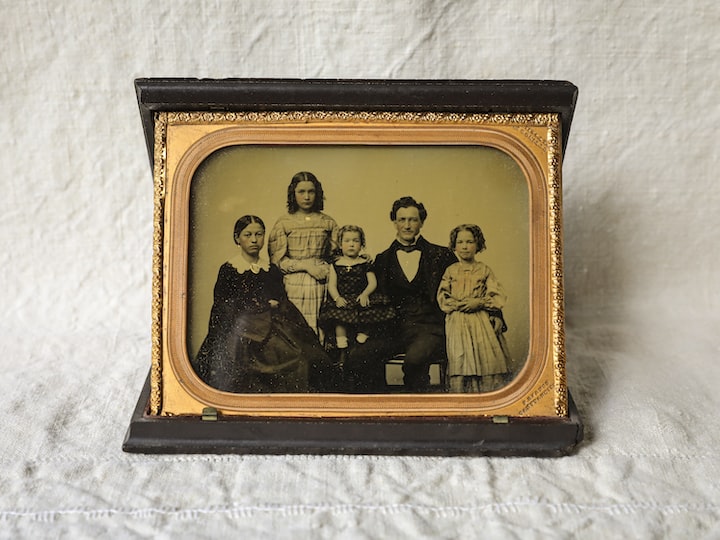 I have started my ancestry account back in August 2021.This was a present from my mum and my maternal grandma who is still alive. It was interesting to know more about my paternal side of my family because they lived on the other side of the world and both of my paternal grandparents were dead.They died very quickly because most people are dead over +75.My grandpa died in a fishing accident before my fathers 21st birthday , he died at the age of 48 in 1986. My grandma died when my dad was about 41 and she died at the age of 64.My granny had my father in her early twenties.

It's common knowlege she died from colon cancer due to my memory. Hence , i was one of the oldest out her grandchildren. She had 6 grandchildren before she died , and a futher 5 have been born after her painful death. She came here for a month long hoilday to see her 2 sons in Australia many times. Nothing to do in Caherush and reach their economic dreams.I was 8 years old and i recall my Aunty number 2 reaching for seaweed on the coast of miltown maltbay. Aunty number 2 and my dad read a book about cancer.This indicated that my grandma was sick in hopsital.I do remember a breathing tube around my grandma's face. She was so sick and cancer caught up with her.

I stayed at Aunty number 1 house near the small beach and near the small hotel. It was christmas and it was a painful one because father and his siblings lost their mother. Uncle and father visited grandma in hospital in the final hour of her life. Father and uncle told people in the house she died I recall my dad and his brother carrying the casket.I cannot remember any memory in my brain other than visiting her in hospital when she was so sick. I do not remember going to my grandma's funeral or if i did.

Unknown to me before setting up my ancestry account . I did not known the names of great grandparents my father's side. He never told me much about them. My dad does not remember meeting his mum's parents because they died when he was a little boy. He has photos but he does'nt remember them in his memory in his brain. He told me that my great grandma died of colon cancer. ( patnernal grandma's mother ).Hence , records said that she died at the age of 57 years. The great grandfather died 3 years later , which i have not discovered the reason for his death.There is a chance that the cancer between my great grandma and grandma could be genetic.

This is sad because grandma and great grandma died without meeting every single one of the grandchildren from my generation and my father's generation.To have a awful disease rob away from many more cherished memories of seeing their youngest grandchildren being born . Or great grandchildren if they lived a very long life .There is about 84- 85 years between me and my great grandparents on my dad's side. The army career are passed on from my dad's grandfather who was a army man

Unknown to me i never knew the names of my paternal grandfather's parents for a long time. My father does remember meeting his father parents but did not have a connection with them because he had some resentment and he wasn't interested because he felt upset they left my grandad and granduncle to stay with their relatives in Qulity instead of minding them as a parent.My great grandfather and my great grandmother were born in Qulity. They spent a lot of life in England . Great granny in London and the great grandpa was in Yorkshire. Times were tough and it was world war 2. They both moved on and they had married other people. Grandpa & Granduncle has 3 half siblings. I did not know that at all. My great grandparents had a divorce in 1967 by the High Court of Justice in London.

My great grandfather died in 1992 from heavy smoking. Emphysema killed him.So sad ): .He never had the chance to meet his great grandchildren and did not live longer.I have no idea when my great grandmother died , but it could be in the 1990's too.I kept searching and it was reaching brick walls. My granduncle never had a phone call when his mother passed away when he was alive. I found that very bizzare because a adult child should be notified when a parent passes away regardless. She lived in England in her adult life , my great grandma. I wondered why he was never notified?

I did not know that my grandma had so many cousins around Kildare,Ireland . Her generation of 1st cousins. I created a post on a facebook group page in the specific town i have talked about. I created the post innocently. But this was a lesson at the same time. I know that people may think that good people may have bad intentions but this was'nt the case. I asked people in the town if they did remember my great grandparents and my grandma .

Numerous of people came forward to give me information and they were happy to do so. However the post made a family member angry with me. I woke up in the morning , Australian time. I started sobbing because i tried so hard not to acknowledge what she said. She told me ' to stop sending photos of my parents to people '. She also went on a long rant.She said ' you are upsetting everyone'. My mum reminded me what she said about everyone being upset with you is not true.

I lost interest doing genealogy and family research because i received a hate message. My mum said to me over imessenger ' If you enjoy it , then just ignore what she said , it was just one family member out of the family.There is other ways to find information'.

This was on facebook messenger and she ranted out to aunty number 1. Aunty number 1 got involved. My mum thought it was'nt her buisness to get involved because she understood my perspective. I remember talking to a young lady with red hair.She is 6 years older than me. She was upset that she never spent much time with her paternal grandparents.Never met her grandma (died 2 years before she was born ) and her grandpa died when she was 5. We talked and bonded over that because i went though the same thing even though her grandparents are older than mine.

She said her father was my granny's cousin and he wants to email you , give you more information. The cousin via email was nice. The good point i like about his emails that he set boundaries in the beginning after we first spoke to each other. I never met the elderly man in his late 60's. I am not revealing his name to respect his privacy.

In Newbridge , Co Kildare a lot of my grandma's cousins know each other as they grew up and lived in the same town. Same thing happens to distant relatives whom i have never met. I never knew about this for over 20 years of my life. Could be some distant relatives in Limerick and Qulity,

If you are struggling to see eye to eye with elderly family members in regards to genealogy information or feel afraid asking elderly people questions about the older generations because you are fearing that it will cause a fight ,it's better to have look on ancestry online .

Some old people are very private Some are open answering your questions and some do not . When elderly people use the excuse ' old' to be angry at a young person . There is no acceptable excuse to be rude because you are elderly.There is a better way to deal with a sitiuation as i explained earlier , set boundaries and be honest much earlier in your communication.

If you are running brick walls on ancestry.It's helpful to get a genealogist or a historian to help you. This may be more emotionally easier to ask a professional to help you instead of asking elderly people to avoid ugly fights and the drama.

More stories from Erin King and writers in Families and other communities.