THE BOY WITH THE SOULFUL EYES

by Lisa Brasher 2 months ago in adoption
Report Story 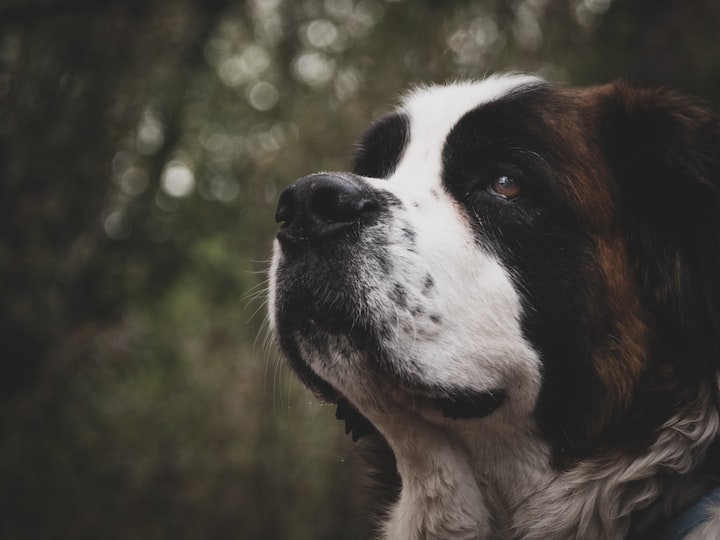 Photo by JJ Shev on Unsplash

I met Roscoe in 2006 when I was volunteering at Colorado Saint Bernard Rescue. The owner of the rescue asked each of us volunteers to take a dog home for the weekend so she could attend a dog conference in Las Vegas. I was assigned to Roscoe. When I went to pick him up, I learned all about his tragic past.

Roscoe was kept in a pen 24/7 in the elements in Wyoming for the first five years of his life. Finally a neighbor reported it to the proper authorities and the case landed up in Colorado Saint Bernard Rescue eventually. He was then transferred to Colorado by a volunteer. They are lucky it wasn't me. I would have needed bail money.

Roscoe had a nose that looked liked raw hamburger meat from sunburn, windburn, and frostbite. He had severe anxiety issues especially towards men. He was a food hoarder from going without food and water for long periods of time. Finally, he was afraid of a long list of certain items. I vowed right then to give him the best experience possible that weekend.

We loaded Roscoe into my car and off we went. He was very nervous and never sat down the entire drive home. I spoke to him in soothing tones the whole way. He eyes me wearily. I have been drawn to Saints ever since the 6th grade when I fell in love with one in my neighborhood. Saint Bernards are gentle giants, loyal, loving, and good with children. I have owned several of my own. They are unlike any other breed I have encountered.

When we get to my house, I have to pry him with treats to even get him in the door. Turns out, the garage door was the furthest he would come in that night. I set out a blanket for him and food and water. He looked at me like I was crazy. I guess Roscoe wasn't expecting the royal treatment! I went about my usual routine thinking if I acted normal and ignored him that maybe he would come around. No such luck. But he did eat and drink a little. As I got ready for bed I realized he wasn't coming with me. I just couldn't leave him all alone. So I grabbed a blanket and pillow and laid next to him all night staring into those soulful eyes until we both fell asleep from pure exhaustion.

On Saturday he was getting a little braver and exploring the downstairs. He learned how to operate the doggie door. As I was making lunch I turned my back to do something, and when I turned back a block of cheddar cheese was missing from the counter! Want some crackers to go with that cheese much Roscoe??!! Good thing he had mastered the doggie door. I sensed some digestive upset in his future. To his credit, it was totally my fault. I was fully aware of his food hoarding issues. Lesson learned!

By Sunday he had finally mastered my stairs and braved jumping onto my bed. And I had a decision to make. I was to return Roscoe to his rescue home on Monday to await a foster home to await a forever home. But quite honestly, in a few short 48 hours, he had stolen my heart. I just could not subject him to yet another adjustment when he was doing so well with me. So I called the rescue owner and told her I wanted to adopt Roscoe. She told me she knew I would be a foster failure. So be it!

It was only the beginning of our journey together, however. One day I came home and my landscaper was very upset. Ms. Lisa I am so sorry for scaring your dog. I go into the backyard and sure enough, there was Roscoe cowering in the corner of the yard. Randy told me all he did was pick up a shovel and Roscoe went running. Yep, that will do it I said. The truth is I had been discovering over the weeks since I had adopted him all kinds of items he was scared of. Brooms, mops, vacuums, and magazines/newspapers to name a few. I let Randy give Roscoe some beer and the poor boy warmed up to him real quick!

Roscoe was never at ease around men. But he adored my dad. Must have been the Wyoming thing they had in common. That and my dad was just a caring soul and dogs can read people like that. He would even climb into my dad's lap bringing tears to my eyes. My dad would rub his ears for hours.

I was able to make the last three years of Roscoe's life better. I provided him a safe and loving environment in which to thrive. Sadly our time was cut too short as he died suddenly of an abscessed tooth. There were some things I just couldn't undo for him. But in the end I knew deep in my heart that we both were better off from our journey together. I am so happy I fell in love with the boy with the soulful eyes!

Start writing...I﻿ am a retired teacher. I taught elementary school for 30 years. I have written. short. stories and poems . I. am. looking. to. become. a full. time writer. . I live. in ,Houston Texas.

More stories from Lisa Brasher and writers in Families and other communities.