by Leryl 11 months ago in grief 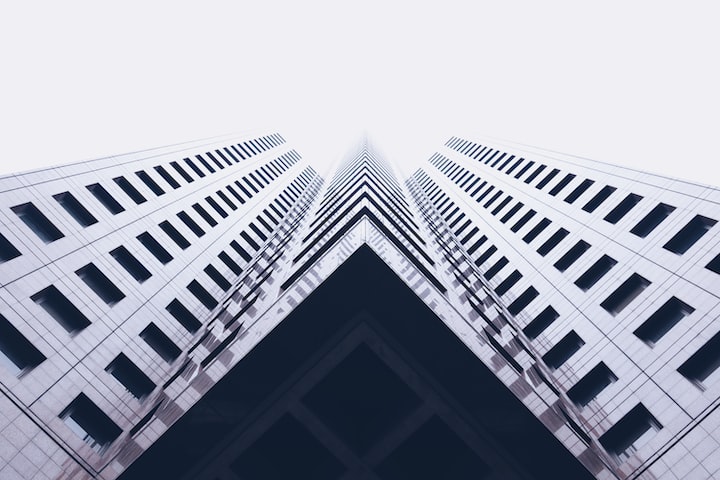 Photo by langshoots on Unsplash

Harvey wrote all of his regrets in a small black notebook. The pages felt like lead in Crisette’s fingers. The tear-stained alabaster sheets held a burden she had no desire to carry. She took in the way he mispronounced her name as her eyes traced his physician’s scrawl.

“He wanted to reach out, to explain,” his widow said.

Crisette sniffed, eyes dry with disinterest. “I bet.” Crisette flipped through the pages and glanced over his sorrowful words. After almost halfway through the notebook, his scrawl disappeared. “Looks like he had a lot to say.”

“Please don’t say he loved me.”

“Crisette, he left you everything he had.”

“And couldn’t give me the time of day when he was alive. Hey, you can keep the money, too.”

The response Crisette received was a sad smile and a gentle decline, and the conversation fizzled to a full stop. She wrapped his widow in mumbled condolences and walked off the porch of the house she refused to accept.

Harvey had a lot of regrets when he died, and Crisette wanted nothing to do with them.

She wasted some of his money on an Uber Luxe and got in the backseat with another life in the same backpack that she kept her thesis notes in. Amidst the errant notecards, napkins, and ripped notebook papers, her father’s presence looked out of place. From a crinkled, open envelope, an unfamiliar face stared back at her hundreds of times over. She zipped her backpack with a shudder and cracked the window to combat the impending suffocation.

A low hum competed with the sound of the wind and shook her body. She fished her phone out of her pocket and found her sister’s face staring back at her.

Crisette blew a convoluted breath and slumped into the seat. “Yup. All done.”

“Wow, okay. I have so many questions.”

“Caela, come on.” Crisette leaned her head onto the window and closed her eyes. The breeze slipped through the crack of the window and flicked her forehead.

Her eyes widened, and she popped her head upright. “No, don’t be that. Just don’t be annoying.”

“You know I can’t promise that.” They shared a short laugh. The silence that followed lapped their laughter by a mile. They passed the gravity of the situation through the receiver by way of exhales.

“Can you believe she tried to tell me that he loved me?” Crisette said. The rhetorical question lingered. Crisette opened the notebook and skimmed through his regrets once more, but the answer wasn’t there. The answer was in the truth, the history, the reality.

“Mom always said Harvey never loved anyone but himself. Then again, she said that about my dad, too,” Caela said with a chuckle. Crisette hummed in agreement and continued to flip through the pages. She allowed her eyes a moment to linger, but not a moment too long. “Hold on. Didn’t your text say something about a notebook?”

“Yeah.” She cleared her throat. “He scribble-scrabbled pages of apologies and random stories to me in this little black notebook.”

“Scribble-scrabble, huh? Sounds like you and your thesis notes on anything that’ll hold ink,” Caela said. “He write anything good?”

“A half-empty notebook and wad of cash from my estranged, deceased father is probably the best example of ‘too little, too late’ I can think of.”

“I know you’re the one studying this stuff, but I just want to say that labeling this notebook half-empty instead of half-full probably means something.”

“I’ll let you know when they hand me my degree.”

“Listen, Cris. I know how you are, but you don’t have to muscle through this.”

Crisette could dance around an uncomfortable subject for as long as she needed to get the subject to change, but her sister never let her get away with it. This situation was no exception.

“I look at his notebook and this money, and I have no clue how to feel,” she said. “Every page is a regret. I almost feel bad, but he had a choice, didn’t he? Of course, it was hard knowing he was around but wouldn’t make an effort to talk to me. He was never there, but I was still tethered to him somehow. Now, it’s over, and I’m just floating.”

“Floating sounds better than falling. Either way, you’re still tethered to me.”

“I know, but I don’t want either of us to be tethered to my notebook of regrets.”

“It wouldn’t be a notebook. It would be a garbage bag full of scrap papers.” Caela said.

“Can’t argue with that." Crisette took the levity bait and laughed.

“What I want to do is stand on the roof of the tallest building and just toss it. Unless you want it.”

“Not having this conversation again.”

“I know, but I don’t want it or need it. I’ll forgive him somehow or I won’t, but I don’t need his money accelerating or hindering that process. Actually, hold on.” Crisette pulled the phone away from her ear, opened the app, and changed her destination address. “Excuse me, I updated the address on the app.”

Her driver nodded his acknowledgment.

“Cris, where are you going?” her sister asked, concern hung from each syllable.

“To float a little, figure out what to do with this money.”

They said their goodbyes as the car came to a stop in front of a glass building. Crisette craned her head upward against the window to see how far the building stretched into the sky. Her head swung forward as the door opened, and her driver doused her in apologies.

The excitement died down, and she stepped out of the car with her backpack on her front like a shield and Harvey’s notebook in her hand like a shackle. Her unseasonal flip flops seemed to echo over the blaring horns and bustle of the city as she stepped across the sidewalk, through the revolving door, and into the glistening marble lobby. She was met with a waterfall, a receptionist, and a security guard. None of which moved an inch upon her entry.

“Excuse me,” she said as she approached the stoic receptionist. He glanced up at her and back down at his computer screen. “Is there any way I can get to the roof? I’ve heard the view here is lovely. I was hoping to take a few pictures.”

Without looking up from his game of Solitaire, no doubt, he answered with a quick and final, “No.”

Before Crisette could open her mouth to try again, the receptionist picked up the desk phone and feigned an important phone call. More defeated than annoyed, Crisette turned and walked away. She didn’t want to give up so easily, but the security guard was gone, and the waterfall was useless in every way.

“Hey,” a muffled voice said. Crisette looked around until she spotted the security guard in a hallway of elevator doors. He waved her over, and she tiptoed like a cartoon character while her flip flops made a mockery of her inconspicuousness. When she arrived in front of the security guard, he ushered her into the elevator and let the doors slide shut. “I’m not supposed to let anyone do this, but you looked like you needed it.”

She didn’t know how to respond, so she said, “Well, thanks.”

“So, ashes, huh?” he said. He glanced to Crisette's backpack, then up to the red numbers in the elevator. Further and further away from the ground floor.

He pointed to the bag. “Ashes. You don’t have to hide it. People do that more often than you think. That’s why there’s a rule about it now. Parent?”

“I just became one myself. My girlfriend and I have a little girl,” he said. The elevator doors opened, and he pointed to a stairwell. The only other option was to step back in the elevator to take it back down. Crisette took the stairs. “I used to be a bouncer actually, but I quit. The nights are tough, and it can get pretty sketchy. I want to be around for my girls as much as I can. With this gig, I can leave the house without my girlfriend worrying about if or when I’ll make it back. I guess that worry’s always there no matter what, but at least they’ll see I’m trying, know what I mean?”

“Yeah,” Chrisette said, both dumbfounded and out of breath. This security guard shared his life story while climbing six flights of stairs, and Crisette didn’t even know his name. At the top of their journey, he stopped in front of a door, stretched a key from the set secured at his hip, and shoved the door open. The light was so jarring, it was as if the sun welcomed them to its own private lounge. The city crept into view behind the sun’s rays. Crisette chuckled in disbelief. “I’m planning on proposing to her, too. I don’t know if I mentioned that. Don’t have enough for a ring just yet, but soon. Anyway, I’ll give you your privacy, just please don’t jump I’m Josiah, by the way.”

She fished her phone out of her back pocket and snapped a quick, blurry picture for her sister. Then, she zipped open her backpack, reached in, and pulled out the envelope. She took a few steps closer to the edge and glanced down. Everything below her was in motion. Everything around her was moving, but she was stuck. Whether she always had been or not was unclear, but she wouldn’t be any longer. She closed her eyes, stretched her hand over the ledge in the middle of the sky, and hesitated. She looked at the money—her 20-thousand-dollar shackle—and then she looked at Josiah whose eyes and smile were taking in the sun-bathed view.

“Hey,” she called. He looked in her direction, remnants of the peace he was basking in lingered on his face. Crisette took a little of that peace for herself. “Here.”

She tossed the bag in his direction.

“To buy your girlfriend an engagement ring, to open in an account for your daughter, I don’t know. It’s 20 thousand dollars. I’m sure you can think of something.”

“It’s either you or very expensive littering.”

Crisette zipped her backpack closed and slid her arms through the straps. She made her way back down the stairs and into the elevator with Josiah in tow. Her bag was lighter, she was lighter, Josiah was silent.

In the lobby, she thanked him and walked away before he could try to return the money. She passed the receptionist with a smile as she floated through the revolving doors.

Instead of the unfriendliness of the city, she was met with Caela’s beaming grin and the rusty old Honda their mother made them share.

“What are you doing here?” Crisette asked.

“We’re tethered, baby! Also, I checked your location after you sent me that picture. Technology, right?” She motioned for Crisette to get in the car.

“I thought I told you to turn that tracking thing off,” Crisette said, pulling the string from behind the passenger’s seat and tying it across her waist.

Crisette opened Harvey’s black notebook and pulled a pen out of her backpack. What’s that? What are you writing? Thesis stuff?”

“You’re making notes in an actual notebook? Since when?”

Crisette shrugged. “Harvey might’ve been onto something with this thing.”

As Caela drove them out of the city, Crisette started to fill the other half of her father’s small black notebook with her thesis notes.