Teach Your Children About The Dangers Of Secrets.

by writemindmatters 6 months ago in advice
Report Story

Keeping children safe with simple habits they can learn early. 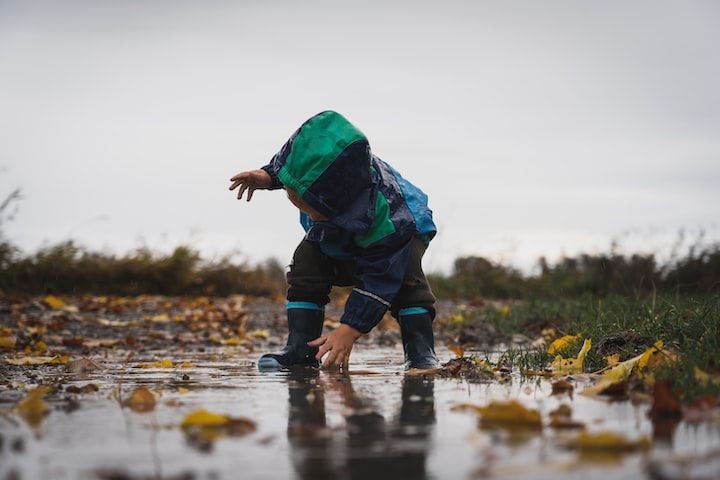 Secrets are lies. There’s no getting around the fact that if you need to keep something secret from somebody who trusts you, then you are lying to them. Secrets also make you sick. Holding on to information that should be out in the open is physically, spiritually, and mentally debilitating.

“Silence is a child abuser’s best friend … physical, sexual, emotional [abuse] and even neglect… flourishes under the cloud of silence… abusers will often implore children to keep the abuse “our little secret” ...” — Ginger Kadlec.

A child that understands the value of honesty and openness will be at lower risk of abuse, not only as a child, but the same values will protect them well into the future.

When you teach a child that lies and secrets are okay, you’re not only teaching them lifelong destructive behaviours, but you’re telling them not to trust the world.

As the saying goes, children learn more from what you are than what you teach, so be honest and open with them, and never encourage secrets.

I have five children, so I’ve fallen into the “you can have one, but don’t tell your sister” situation. Don’t do this; it’s not nice, and your kid is probably wondering how many times their sister got told the same thing. It’s a simple example with many simple solutions:

b.) There’s two left; we’ll save this one for your sister.

c.) We’ll all have some when your sister is home.

Some secrets you can not escape and your children’s honesty can put you back in your place, i.e. telling a friend you were out when you just wanted to sleep in and getting caught thanks to your child’s big honest mouth. You dug your hole with this one; be a good friend and tell the truth.

Natasha Daniels, a clinical social worker at Hill Child Counseling in Arizona, states that around half of the children she works with that have been sexually abused were abused by other children. Most child abuse or abduction cases are done by someone known to the child.

How can we guide our children to learn habits and behaviours that reduce their risk of harm?

Secret or Surprise? Teach children early the difference between a surprise, such as not telling a person about a hidden present or a surprise birthday party, and a secret such as being told not to tell their parents something.

Body Boundaries. As early as the toilet training stages, your children should be familiar with the proper names for their private parts and understand that no one else can touch those parts; except for parents washing or applying creams.

Code Words. Having a code word that tells you your child is not safe or feeling comfortable, wants to leave, or be picked up helps your child communicate their needs without others understanding.

Okay, to say No! Allow your child to stand up for themselves even with you; that way they learn that it is okay to speak up and say no to what doesn’t feel right. Try not to punish forthright behaviour; instead, encourage it. You will find a happy balance with time and patience.

Safe People. Learning to identify safe people is difficult even for parents, Bearing in mind that abuse can happen from someone close and that most predators are skilled at grooming children. In public, where a child might go missing, it helps to teach them that the police, parents with children, or customer service staff are the safest people to approach.

The Canadian Center for Child Protection provides several valuable resources for helping you and children learn strategies and practices or keeping safe.

It can get scary once we start letting our children out in the world; we have to learn to trust teachers and caregivers in schools and childcare, the children they're befriending and their parents, and the many strangers that enter our children's lives.

Teaching safety basics from an early age gives our children and us the tools to face such challenges confidently.

You may also enjoy the following:

More stories from writemindmatters and writers in Families and other communities.