by Nicole K 13 days ago in literature 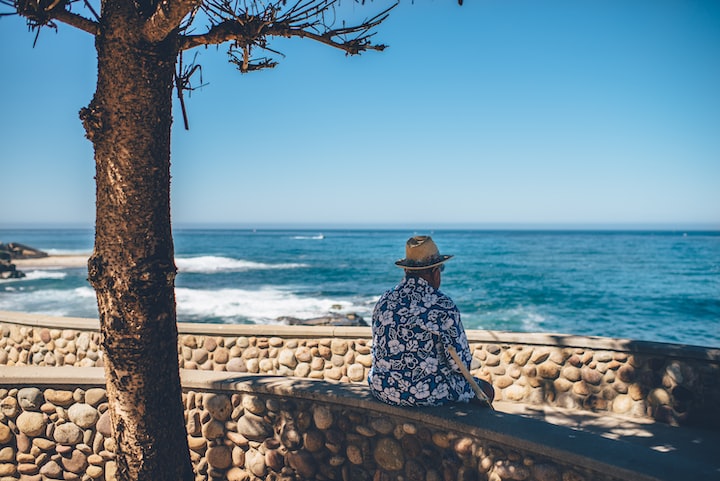 “Cut it out. Let’s just hurry up and finish this.”

Jack’s sister, Amelia, scoffed and made her way to the back of the storage unit towards a pile of books. He definitely did not want to be cleaning out their deceased dad’s things either but if he had to suck it up so did she.

Jack’s dad had passed away a few weeks prior and he and his sister and mom had been busy taking care of the usual laundry list of things such as funeral arrangements and contacting state agencies to update his information. While it hurt, Jack didn’t mind doing those things. Going through his dad’s things? Revisiting childhood memories without him? Those things hurt the most. But his dad gave him the specific task of going through his things so he had to do it. Jack began piling photo boxes onto a rickety moving cart. They had been cleaning the unit out for at least a few days and he was relieved to see they were almost finished. Just a few more trips and they would never have to come back again.

“Hey, look at this.” Amelia called out. She had pulled the drawers out from one of their dad’s old dressers and had them sprawled out in front of her. Old bills and receipts sat in one while another had a few old t-shirts crumbled up inside.

“Is there anything special in these? Jack used a finger to stir the contents around. “Any money?”

“Ha! Yeah right!” Amelia snorted and began shoveling the papers into a trash bag. “You know dad was broke.”

Jack smirked. Of course, he was half joking. Their family had always been well off in the way most families were, living paycheck to paycheck. He couldn’t complain though. His parents had always done what they needed to do to take care of them all. Christmases and birthdays were extravagant and like most children he never bat an eye or wondered how his parents could afford it growing up.

“Doesn’t it make you mad?” He stuck his hands in his jean pocket and looked over at his sister.

“That dad died in this lame, crap-hole town? I mean he could have been back home in Hawaii.”

“I mean, yeah, I guess. This was his home though. He hadn’t even been back there in like twenty years.” She shoved the drawers back into the dresser and threw the bag of trash over her shoulder. “He was happy here. He had us.”

Jack shrugged. They worked silently for a few minutes, dusting off furniture to keep and tossing more boxes onto the cart before leaving. Once everything was loaded up into Amelia’s truck, they pulled the metal door shut and locked the unit. They drove through the usual Saturday evening traffic in silence. The lights from the cars and traffic lights seemingly blurred together, Jack’s eyes filled with tears but he quickly brushed them away. He hated crying in front of his sister. Ever since their dad’s cancer diagnosis came out of nowhere, Jack tried to keep himself strong but sometimes the pain pushed through anyways.

They pulled up to Jack’s building and began unloading the boxes, making several trips up and down the steep staircases of the apartment complex. Jack sheepishly gave his neighbors a wave as they squeezed past the piles of boxes in the hall. Once they were finished, Amelia plopped down on Jack’s worn sofa and sighed.

“I am so done with moving and boxes and stairs.” She blew her bangs up off of her forehead, releasing beads of sweat that collected under them.

“Yeah, me too.” Jack shouted back from his room.

He quickly changed his shirt and headed back to the living room where Amelia had begun tearing open the boxes. She began rummaging through their dad’s clothes, pulling out gifted sweaters and vacation shirts.

“You’re really going to keep all of those?”

“Yeah, why not?” Amelia began folding them. “I can make a blanket out of them.”

Jack sighed. “Are you really?” He knew that his sister was terrible at completing projects, this blanket would be no different.

Amelia pushed her pile aside and began opening another box. Jack laughed, peering into the box that she opened and saw their dad’s old briefcase. He shimmied the case out and placed it on the floor in front of them.

“Look at this thing.” He ran his fingers over the cracked leather.

“Remember dad used to keep this thing under the bed and wouldn’t even let us go near it.” Jack slapped the case and made a face at his sister, imitating their dad’s stern look.

“Aye, don’t go poking around you twos.” Jack bellowed, quoting their dad in his iconic Hawaiian speech. “My life is in here. Maybe one day I’ll show you.”

Amelia burst into laughter, wiping away tears that had formed in her eyes. “Oh my god, yes!”

“You would think there was gold in this case or something.”

“Or a million dollars.”

“Or maybe polaroids of mom’s butt.”

Amelia and Jack looked at each other. There was no lock on it so it wasn’t like they were breaking into it like thieves. They had always been curious about the case but under the circumstances it felt like they were just desecrating their dad’s most prized possession.

“Oh Jesus.” Amelia groaned and spun the case around to open it.

Before Jack could stop her, the lid sprung open and Jack leaned back as if to dodge a trap.

“What’s inside?” Jack scooted over to his sister to face the contents of the suitcase.

There was no trap or gold or money. The suitcase was filled with many old newspaper clippings. Jack picked up the paper that laid on top. They instantly recognized their dad’s beaming smile in his college football uniform. The date at the top read November 10th, 1964. Their dad loved to tell stories of his childhood on the big island but for some reason they seemed larger than life. He would always tell them and end in a fit of laughter as if he had been telling a tall-tale. No way their dad beat up a group of guys for picking on a classmate and no way he drove a golf cart into a store during a drunken night out. The guy in the stories was most certainly not their dad. At least that’s what they thought. The newspaper clippings proved otherwise.

“Jack look at this.” Amelia reached out and handed Jack a notebook.

The notebook was a little bigger than the size of his palm. The black leather cover, like the briefcase, was cracked and wrinkled. Jack turned the notebook over in his hand. Some of the edges were warped and stained. Jacked open the notebook carefully to see his dad’s chicken scratch writing on the very first page. There were some ink smudges along the edges but his dad’s words remained clear.

“For our adventure home; love you Amelia, Jack, and Nancy”

As Jack read the simple message, he could feel a hole in his chest.

“Keeping looking.” Amelia whispered softly. She placed her hand on his shoulder and gave it a gentle squeeze.

Jack turned the page and was met with detailed drawings and words scribbled alongside them. Their dad was not the best artist but the drawings were beautiful nonetheless. A mix of pen, pencil, and watercolor came together in the form of portraits and landscapes. A woman with a flower in her hair was smiling back at Jack with the name “Nani” underneath. Below her, a picture of their dad’s childhood home scribbled in pen. Random drawings of birds and shells littered the pages. Portraits of John, Roy, and Tully all smiled back at Jack. He smiled. The people and places their dad used to talk about became real right in front of Jack and Amelia’s eyes. The notebook was filled with drawings, names, places, and dates.

Amelia rummaged through the case as Jack continued to flip through the pages, tracing over his dad’s handwriting and sketches. She pulled out a brown paper bag and suddenly burst into tears.

“What’s wrong?” Jack quickly turned to face his sister. A crumbled bag with “$20,000” written sloppily on it lied next to her and instead she was cradling stacks of money in her arms.

“Dad, he...he was saving up money this whole time.” She pointed at the notebook in Jack’s hand. “He wanted to take us home.” She clutched the money to her chest and began sobbing fiercely. Jack turned back to their dad’s message and reread the words again.

“For our adventure home...” The ink of his words seemed fresher than the rest of the notebook.

“Do you think...he planned this...when he found out he had cancer?”

Amelia pulled out her phone as Jack reread the message over and over again. Stupid old man. Why did he have such faith in him to actually go through with his tasks? These things could have been dumped into the trash and lost without a single trace.

“Got what?” Jack turned to see Amelia holding her phone out.

“The tickets to Hawaii, duh.” She smiled.

“Are we really going?”

“Of course, dad had this whole thing planned for us. He wanted to take us home to see everything, we have to go.” She pointed at the pictures in the notebook.

Jack took them all in again, smiled at his sister, then turned to look at a smooth dark wooden box that sat on his kitchen table.

literature
Nicole K
Read next: Understanding the Effects of Addiction on the Family
Nicole K

just a human trying to figure it all out...again

See all posts by Nicole K →