Remembering with a Mental Block

by Victoria 4 months ago in divorced

A Story of Neglect and Emotional Trauma 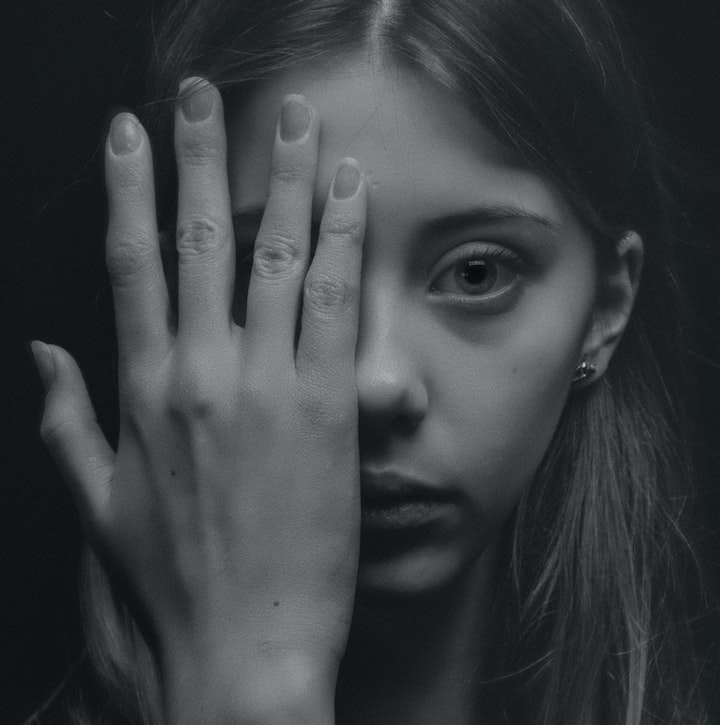 Yes, my parents are divorced. Have been since I was nine years old due to them fighting so much. My sister and I have been living with my mother ever since while my father continued his career as a pilot and paid for his child support. I hardly saw him the first few years into the separation.

Except my mother wasn’t around a lot during the day. I’m not sure what her job was, but she worked a lot. She’d also go out at night and be back usually right before we go to bed, but sometimes long after. Food was also an issue - I’m a picky eater and a lot of the time, the little food we had was not good enough for my tastebuds. But again, it was no big deal because my mother was doing the best she could.

Though she did yell a lot. Sometimes at me, sometimes at T. I was a rather tomboyish girl from middle to high school, so I was never one for makeup or dresses. My mother seemed to have a problem with that as she’d always try to convince me to try makeup, to wear sparkly clothing and brightly colored dresses or skirts. I recall this one time I had to attend a school event that required the students to wear nice clothing, typically dresses or skirts for the girls. As I hated both options, I talked with the teacher running the event about other outfits I could wear, and we settled on a blouse and jeans. Unfortunately, when my mother saw me in said clothes before we could leave, she yelled at me. She was so loud and belittling, not even allowing me to tell her what my teacher said. In the end, I had to wear a skin-tight dress and a full face of makeup.

Not only that, but she criticized my appearance a lot. Not only did she have an issue with my dark, boyish clothing and lack of makeup, she also had an issue with my hair. She accused me of wanting to be a boy because I cut it so short, and refused to let me cut it again.

When T was heading off to college, our mother started a screaming match between them - what about, I’m not sure. I believe it was something to do with our father. They were getting so loud, my mother throwing vulgar words out left and right, so T’s boyfriend - we’ll call him D - ended up taking me outside to walk around the neighborhood so I wouldn’t have to listen to them. When we got back, T was in tears and my mother wasn’t in the house. She must’ve gone out for a smoke again.

Our mother had a habit of asking for money too. Whenever Christmas or our birthdays rolled around, my mother would ask to borrow our money to buy us food and promised to pay us back. Neither thing happened. I never knew what she did with the money.

The water would stop sometimes too. She also forgot to pay the electric bill sometimes too. I’d come home from school a lot to find either the water is off, there’s no electricity, or the heating/cooling is off. It was normal for one of these things to happen every month.

But again, it was no big deal.

I guess I was in denial a lot. I wasn’t really happy in that house. I spent so much time at V’s house - sometimes for weeks on end. I was practically her sister with how much I stayed there. Not only that, but once my father got into a new relationship with my now step-mother - we’ll call her L - I started to stay at their house a lot too. Especially since they brought a new sister into the family. After being the youngest in the family for twelve years, I was excited to have a younger sister.

Three years after my father bought a house, I came to the realization I only spent two days a week at my mother’s. Every time I went back home, I was sad and lonely. No one was in the house and I just didn’t feel safe anymore. So at the age of fifteen in 2017, I ran downstairs to tell my father I wanted to live with him from now on. The very next day when my mother came to drop off some clothes, I told her the same thing.

Did I feel awful? Absolutely. Seeing her cry broke my heart and I almost backed out of the plan, but I wanted to have a family. I was sick of being alone and feeling unwanted. But she seemed to understand in the end, so I was able to go on the road trip with V with a happy heart.

Except my mother started acting strange. She texted me rather guilt-trippy things while V and I were in Colorado for the summer staying with her grandmother. Out of nowhere, she told me she cried herself to sleep every night because I moved out, that she wants me to come back home. She texted me once that she can change, that she’ll be home more often and we can do fun things from now on. Every text left me devastated, wondering if I made the wrong decision.

One day after inviting her to lunch, she asked me why I left. I was honest and told her that she was never home, that there’s never food and I had no new clothes I could wear, that the water and electricity shut off a lot. You’d think she’d understand, but she didn’t. Instead, she kept me in her car for two hours in V’s driveway telling me I remember nothing, that all my reasons for leaving her are complete BS, that my father is feeding me lies. When I went back inside to V, I couldn’t trust my own head anymore. I was so confused and depressed that I considered moving back in with her, that all my reasons for leaving were just in my head, and that I’m putting my mother through so much grief for nothing.

But the thing is… now that I think about it, this is how my mother is. She’s always been like this, I just don’t remember. I don’t remember a lot. A few things here and there pop up, but in general, I don’t recall what happened after the divorce.

Everybody else does though.

I guess because I still thought highly of my mother, no one would tell me what my mother was like behind the mask she put up. I still dug though. I persisted and pleaded for knowledge, knowing there’s something I should know about my mother. And finally, someone slipped.

V told me one night that my mother cheated on my father.

But… what? That makes no sense. Why would my mother cheat on my father? I didn’t believe V - I refused to believe her.

Except when I questioned my mother about it, she confirmed that she did.

My own mother, telling me so nonchalantly, that she brought a married man into our home for a whole weekend and cheated on my father. Somehow, she told me this story as if she was the victim, that because my father couldn’t call her every day while out of the country, that caused her to be so lonely and sad enough to fly a man to our house and cheat.

After that reveal, everything started to fall apart.

Those nights my mother was not home, she was out gambling. That’s where all our money went - down the drain in a random casino. For the first year, she apparently brought men home while T and I were in the house, telling us to go to our rooms. Not only that but for a few months, she got hooked on meth. She brought the drug into our home, had it in places I could’ve reached, and only got off of it when my father threatened to take me and T from her. Do I remember any of this? No, I don’t. I don’t think I ever will either.

When you have a mental block, it’s difficult to remember your trauma. At least that’s how it is in my case. It’s why I was in denial for so long - I don’t remember half the horrible things my mother did to me and T. I’m sure if T told her side of the story, there’d be a lot more details of what she did, but unfortunately, you’re hearing this from me.

So ten years after the divorce, I learned a few things.

My mother loves playing the victim card. Even to this day, she still blames my dad for the divorce, for me moving out, for everyone in the family turning against her.

I can spot any hint of gaslighting from anybody. If you don’t know what gaslighting is, it means when someone tries to manipulate you into questioning what you know. My mother had a habit of gaslighting me, including the two-hour car discussion I mentioned earlier.

I now know that just because she is my biological mother, it doesn’t mean she is a mother. She didn’t raise me, T and V’s family did. She put her own desires before the care of her children for years. At this point in life, when telling others of my mother, I’m talking about my step-mother, L. In the eight years I’ve known L, she’s been a better mother than my actual one.

I hardly talk to her these days. It doesn’t bother me though. I’ve been much happier without her.

My depression that I’ve suffered with since the divorce has softened, allowing me to go about my day without feeling drowned in sadness. My anger towards others has practically disappeared, my desire to be around people still growing. Without my mother around to bring me down, I feel like myself again for the first time in years.

An aspiring writer out to make a name for herself. Stories with dark turns are my specialty.

Read next: How Does Nature Impact Children’s Well-Being?