by Rachel Collins about a month ago in humanity
Report Story 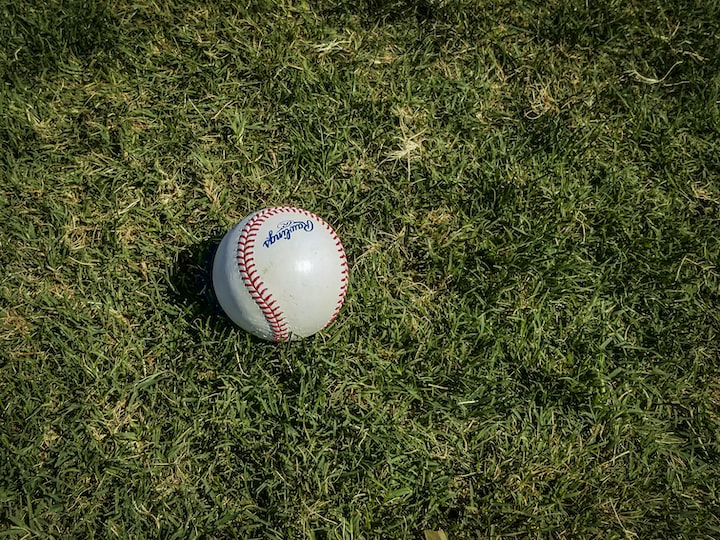 When I was a kid, I thought the last words of the national anthem were "play ball!" This song belonged on the pitcher's mound. It was made to echo off the Green Monster. It sounded best under the lights.

We were a baseball family: made up of generations of Red Sox fans and Brooklyn Dodgers fans before that. One of my uncles even played in the minors with the Cape Cod league for a while.

And when I joined little league, in third grade, I got his long-loved, burnished leather glove. I was one of only two girls on the boys' baseball team (there was no other option). The other girl was the coach's kid. I was a shrimp, but plucky. And my dad, who freaking loved baseball, was always there, the self-appointed assistant coach. Making sure that no matter what those short-cut-taking boys were doing with their aluminum bats, I only ever laid hands on the Louisville Slugger that weighed about half as much as I did. Oh, and this was in 1993, right after "A League of Their Own" came out. "There's no crying in baseball" hits different when you're nine.

But my dad was a hardass. We'd play catch in the front yard on off days or after dinner, and even then, he would whip fastballs at me as hard as he could. I learned fast that I didn't have time to be afraid of the ball. Eyes open, two hands. On the weekends, it was the batting cage, where I learned the difference between the pop of a solid hit, the reverberating sting of not fully connecting. Why not, my father reasoned, put me in the fast pitch cage and see what happened?

He owned a store in town, and to my terrific embarrassment, my father also posted photos of me in my little league uniform, at bat ("back elbow up!" "choke up!") on the wall for all to see.

My dad had a friend who owned season tickets to the Red Sox, and for years, he would buy about a quarter of them each season. He took me a lot, and taught me everything. He had a way of being protective, but never babying, never condescending to children. He saw no reason not to explain how batting averages are calculated or the infield fly rule, to a small child. We went to more games than I can count, sitting in section 11, which, if you don't know Fenway, is on the first base line. We discussed what made Mo Vaughn (first baseman) my favorite, what made Roger Clemens (legendary pitcher) such a master, and, to my dismay, why beer hawker at Fenway ("ice cold beah heah!") was not a career aspiration of which my father approved for me. Regularly, beer would get splashed down my back when someone behind us leapt from their seat to get a better view of an amazing play or a solid hit. I'd get sunburns during afternoon games or have cigar smoke blown into my face. No matter -- it was all pure gold.

My dad died five years ago, and much as I miss him, remembering shared joys like this fill my heart with a different kind of feeling: a satisfying and pleasant burn, like when you catch a really fast ball square in the palm of your hand. The crack of a wooden bat, the smell of the grass, the whish and pop of the ball being thrown and caught -- all of these things bring me right back to the red metal seat in section 11, beside my dad. As long as the boys of summer play, he's still here. Play ball!

More stories from Rachel Collins and writers in Families and other communities.