by Grant Patterson 11 months ago in children

Some days, parenting gives you more than you can handle. 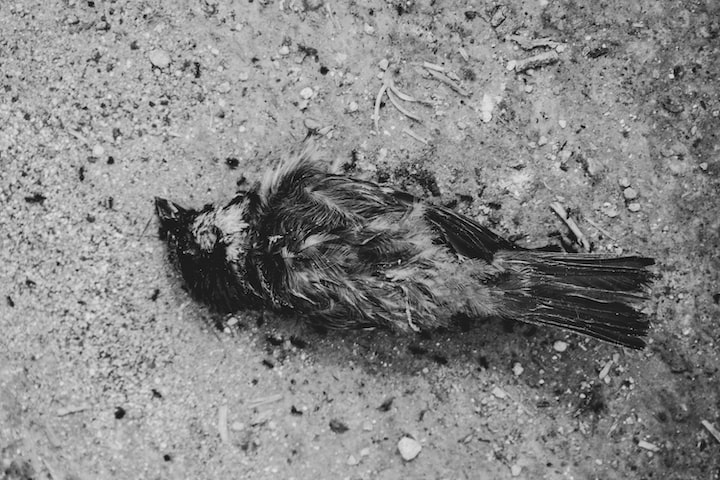 Photo by Chris Slupski on Unsplash

Even if you don’t have kids, you can certainly relate to the following statement:

Today was one such day. And it all started with a baby bird.

My wife works at a nearby school, supervising morning opening and lunch hours. She’d mentioned in passing a baby bird that had fallen, or been pushed, from its nest. Being more “Wild Kingdom” than “Walt Disney,” I said in passing, “Let nature take its course.”

Baby birds separated from their parents typically have terrible survival prospects. That’s the fact. But my wife is more from “Walt Disney” side of the street. She wanted to do something.

I put it out of my mind until it was time to pick up the girls from school. But as soon as my eldest daughter, an inveterate animal rescuer, found out about a baby bird in distress, she wouldn’t let up until we went to see the poor wretch.

He was tiny and terrified, a baby chickadee in a shoebox, clucked over by a gaggle of pre-teen girls.

“Can we bring him some food, dad?”

“We’d only be fattening him up. Something will come along and kill him.”

Flash forward one hour: I have just spent sixty dollars on cage, feed, and sawdust. I have bought fruit and sunflower seeds. I have gone online to learn how to care for baby chickadees. I head home, and start giving orders.

The baby, now named “Warrior,” is secure in his new home. But I’ve seen dying animals, and people, before. I can tell, he’s a goner. I caution my daughter to keep her hopes in check. If this one doesn’t make it, maybe a budgie?

The kids next door come to ask if they can play. They are recent additions, seemingly desperate for friends. I’m wary, but the kids are restless, so I am left to hold down the fort. My daughters and my wife go out, equipped with my oldest daughter’s new basketball.

Two hours later, my youngest returns, breathless. Disaster has struck. The neighbour boy has taken my oldest’s basketball and tossed it into the woods, for no apparent reason. Ah, so that’s why no friends.

What’s worse is to follow: I find Warrior, dead in his cage.

My youngest and I find my oldest, and my wife, and break the bad news. My oldest breaks down. It’s been a shitty first full day as a ten-year old. We head home, and bury Warrior in the back yard, accompanied by hollow promises of a happy afterlife. What can you tell a ten-year-old? We’re all worm food? You first, pal.

The phone rings. It’s work, with a trivial request. I throw down the phone.

Fuck you! Leave us alone! We’re having the day from hell!

I step outside and break down in tears. I think of babies born into a world where they should experience joy and beauty but suffer nothing but terror and pain. Literally passing from womb to belly, their lives serve nothing but nutrition.

Here I was, yesterday, congratulating myself on getting my oldest through her first decade. Now, a reminder of how it can all go to hell in an instant.

The neighbour boy came back, after a broadside text message from my wife, sheepishly returning the basketball. A small victory, but still, no replacement for a bird who never got to sing.

Grant Patterson is a retired law enforcement officer, teacher, and novelist. His most recent book, a memoir of his time on the Canada/US border entitled "A Life on the Line" is due out later this year. For more information go to www.grantpattersonbooks.com.