Nothing can be more depressing than this.

by Utkarsh Sinha 2 years ago in grief

Humans have been wired in such a way that they try to come out of the direst situation as soon as possible. But there are times when there's no way out. Here's one such case. 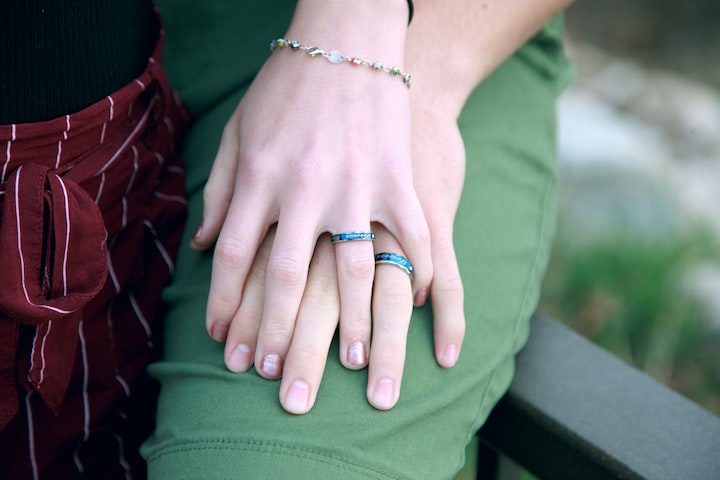 Shantanu and Rashmi were expecting a baby. It has been 4 years since they've been married and the wounds of loss of the stillborn girl child two years ago were beginning to heal. Rashmi was advised to be careful this time by their family doctor as another mishap could prove harmful to her, both physically and mentally.

Shantanu was ever caring, loving and a responsible husband. Rashmi’s friends used to tell her that she was very lucky to have him. From the first day itself, he arranged all the things she liked, books on healthy pregnancy, things she liked eating and things for regular exercise. All he wanted was a positive and peaceful mind and healthy growth of both his wife and the baby.

The first few months were tough. The scars of last mishap would sometimes haunt Rashmi. She used to become restless and wake up at nights, falling short of breath. The doctor said that Rashmi hasn't come out of the trauma of last time and needed some mental therapy. Shantanu ensured no negative thoughts could affect Rashmi again. He used to take her to peaceful places, made her talk with their relatives who eased some of their pressure.

Six months passed. The doctor said that the growth this time was better than the previous one, this elated both of them. Rashmi could feel the sensations and Shantanu used to play with the baby bump. He had applied for leave from his office for the 9th month and it was granted. He wanted to be with his wife as much as he can during the tough times.

Time flew. And with every passing moment, the anxiety of the couple rose. Doctor advised Shantanu to take extra care of Rashmi. Their relatives arrived for support and made sure that the spirits are high. Rashmi was enjoying the extra care and people caressing her baby bump. She finally believed that her dream of motherhood would come true in a matter of days.

The day came. Rashmi was crying in pain. Shantanu held her hand, constantly telling her that everything would be fine. He told her to be brave remember all the good things they've achieved together in life. They reached the hospital. Doctors took charge. Shantanu kissed her forehead before they took her to the operation theatre.

Shantanu was on tenterhooks. He was undergoing fear, panic, hope and a lot of emotions at the same time. An ocean of what ifs surrounded his mind and he was constantly thinking about Rashmi. It seemed as if he was in a telepathic conversation with Rashmi asking her to be valiant.

The Doctor opened the door slowly. Shantanu was sweating. He didn't sit for a single second. The doctor's face looked pale. It seemed he was utterly shocked of what just happened. As soon as Shantanu saw his face, it seemed as if his world collapsed. An array of questions were running through his mind.

“Why is the doctor here? I haven't heard any sound of the baby. Is Rashmi Ok?” His thoughts were running faster than the speed of light. He was constantly trying to peek into the room to see Rashmi and the child. The deadly silence was killing him from inside. Somehow, he gathered courage and asked the doctor what happened.

The doctor looked on the floor. Then he gained some courage to look at Shantanu. His face revealed what he was going through. He put his hand on Shantanu's shoulder and said,

Well, I don't think anything is more depressing than this.

Tinkering with my writing skills day in day out. I'm a person who likes quality over quantity. Stay tuned!

Read next: Women Who Inspire