by Kirily Isherwood 2 months ago in parents
Report Story 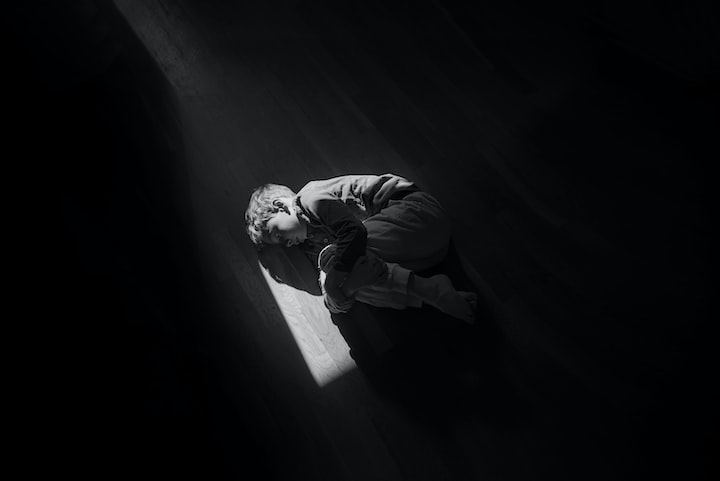 Photo by mali desha on Unsplash

I must confess that I’ve never really tried to imagine talking to you before, because I’ve just been so furious. In the beginning, when I would try to think of you, it would be physically painful. Sadness so formidable that I couldn’t function. My breath would stick in my chest. My life was tears and loneliness.

Then the red took over. I would think of you and just see red, the fury would block my thoughts. However, it would make me do other things. Things I’m not proud of, things I didn’t really want to do. I just wanted someone to see me.

So here we are. I’m an adult now. Well, that’s what children’s services says anyway.

“Eighteen, time to deal with your own shit, off you go”.

So, although I will never get answers, there are some things I would like to tell you. I’m going to write them here, and hope that they can just stay on this page and not in my head anymore.

The first question is. Why did you give me such a strange name? Named after a tribe of native Americans? Its very confusing for everyone given my coffee skin and black mane of hair. I feel like its my only link to you, the first link, the first thing I can't understand.

“Is that your real name? Did you make that up? Why are you called that?” How many times have I endured those questions?

Apache. Well, that’s what is says on my birth certificate.

I only just saw that yesterday. I must confess I never even knew how to spell your name until that moment. A Dutch name, for a woman from the French Islands. You moved to Australia at some point and had my brother and me, we look like Islanders, but not the right Islands for any sort of community in this country.

Never quite the right kind of anything am I?

I won’t ask why you went off the rails. Enough people have told me.

“Drugs Apache, I’m afraid your mum got into drugs, and they got into her.”

They got all of you in the end though didn’t they?

Pity I was only a toddler. But I hadn’t been with you since I was six weeks old anyway, when they first took me. Foster care.

“It’s the best thing, because she can still see her family”, that’s what the authorities think.

I confess I didn't even know about that at the time. All I knew was that I was alone.

They split us up and we moved around through the “system”. Not much of a system. I’m sure someone might have wanted to adopt a cute six-week-old me? The ‘system’ decided it was better to give me a never-ending stream of homes though. By the time I was ten years old I had been in twelve different homes. Twelve different mums.

None of them you though, mum.

None of them you.

By the time I was teenager I had stopped crying. Stopped waiting to be rescued by that imagined someone. Someone who really loved me. Someone who would tell me it was going to be alright.

Being shunted through different homes gives you a unique perspective on human relationships though. I learnt a lot about what makes people tick and, I confess, I learnt how to manipulate them to get things I wanted. I also learnt that if I didn’t like something I could manipulate people so that they would change it for me.

I discovered that there are also a lot of caring people in the world who want to genuinely help, so I started letting them. Then if they wanted things in return, or they tried to get me to do things I didn’t want, I learnt to just run. Lie. Move on. Find a new soft soul.

I’m sorry. I don’t feel like I am a very good person mum. Were you a good person?

At least I am a survivor.

Kirily has been writing things for most of her life, however it has taken 50 years for her to get brave enough to show anyone. Kirily is a big chicken.

More stories from Kirily Isherwood and writers in Families and other communities.