by Marilyn Glover 2 months ago in adoption 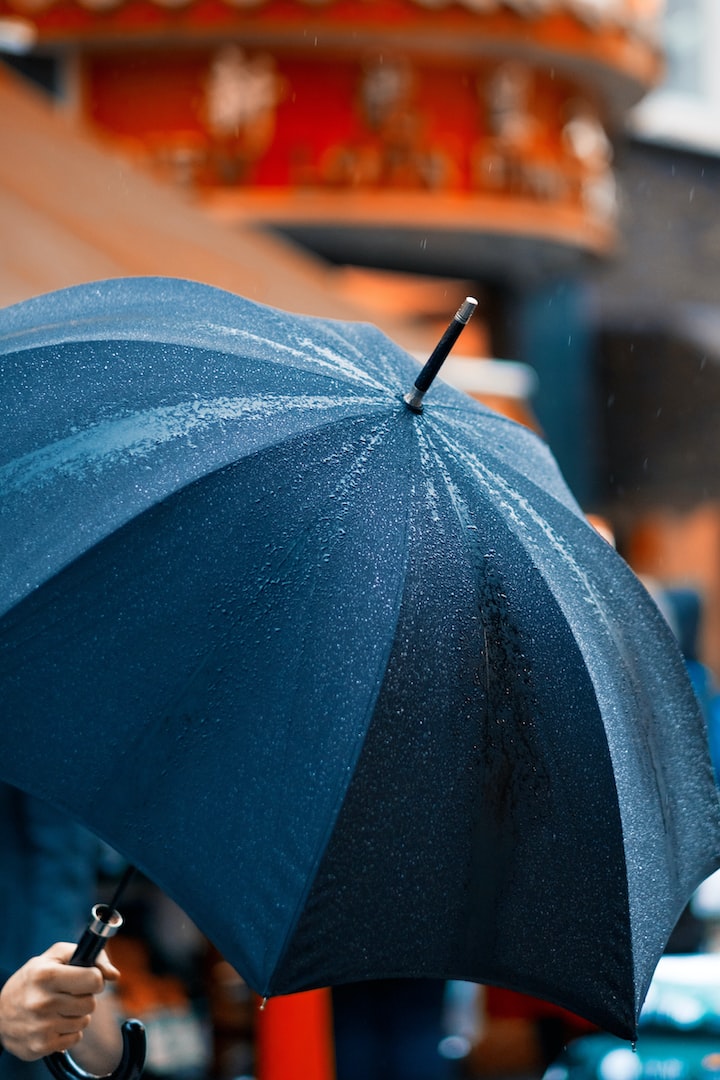 Photo by Craig Whitehead on Unsplash

I still remember that day last year like it was yesterday. I just left the office for the day and the air had a tropical feel to it; I could smell the storm brewing. The warmth combined with the breeze felt wonderful after a long day of work. My day didn’t start out great; running late in the morning, I forgot my tote bag which had my umbrella and walking shoes in it. The forecast said a storm was coming. It was shortly after 5 pm. I looked down at my stilettos, those damn heels that I loved so much. Just as I was thinking about whether I would make it to the bus stop, a block and a half away; thunder broke and it began to pour.

Rat tat tatting on the window. I look up and a man had his face pressed against the glass of the Super Special Diner. The tapping continued in his persistence, waving his hands, motioning for me to come inside. Each second I remained outside I was only getting wetter. In just minutes I would become a drowned rat so I turned around and walked to the diner door. A curious seeming fellow opened the door for me and I went inside. He was somewhere between his late forties to early fifties dressed in a grey pinstriped suit; slightly husky size.

“Hello Miss” said the man. “I did not mean to startle you but I noticed that you do not have an umbrella and as you see it is getting nasty out there. My name is Mr. King but everyone just calls me Mr. K.” “Here please take this” Mr. K said as he handed me a jumbo black umbrella with a white monogrammed “K” on it. “My car is right around the corner. I will be fine. Please take it” he insisted. “That is so kind of you I” replied. “My name is Betsy.” As I reached my hand out to take the umbrella Mr. K’s eyes lit up. He looked down at my wrist and noticed my half-moon birth mark. This birth mark caught a lot of attention over the years so Mr. K’s reaction was no surprise. “What a beautiful moon!” Mr. K exclaimed. “Yes I replied. It’s like the angels gifted me a permanent bracelet.”

Mr. K and I then started our way out the door. I inquired about returning his umbrella and he let me know that every Wednesday he eats dinner at the Super Special Diner. “I always order the number five special he said rubbing his belly. “The best portions and prices in the city” he said excitedly. I thanked him again and assured him I would return the umbrella the following Wednesday. “Of course dear Mr. K replied. Now you get home safely.” We then parted ways. Mr. K turned left and I turned right on my journey to the bus stop. I took a couple of steps then turned around to thank him again but he was gone.

I thought about Mr. K’s kind gesture a lot over the next week until, finally, Wednesday had arrived. I managed to get out of the office a few minutes early that day. I was really anxious to get to the Super Special Diner and buy him a cup of coffee. He really helped me out that day as the storm did not let up until well into the evening hours. This particular day was absolutely glorious. The temperature was in the mid 70’s and a slight breeze caressed my shoulders as I strolled along Sixth Street to the diner. I was thrilled to see Mr. K again, hoping to learn a bit more about him over some freshly brewed coffee.

When I arrived at the diner it was busy due to dinner rush but the aroma coming from the grill and the large portion plates coming from the kitchen was hypnotizing to say the least. I went up to the counter and a waitress whose nametag said “Berta” was wiping her station area down. “Excuse me Miss, I am here to return a gentleman his umbrella that he lent me last week. He said he would be here today for dinner.” “Sure honey Berta replied. What is the gentleman’s name?” “His name is Mr. K and he said he eats here every Wednesday” I replied. Berta’s face went white. “Now dear that simply just isn’t possible” snapped the disgruntled waitress. “I don’t understand I murmured. I have his umbrella right here.” I drew the umbrella out from my tote bag and Berta let out a scream “Angela, get out here right now!” Silence came over the usual chatter of the diner except for some forks clanging against plates.

The next thing I knew the swinging door from the kitchen flew open and a very petite woman came running out. “Berta what is wrong with you?” the woman snapped. “Angela, this young lady came to return an umbrella and it belongs to Mr. K" Berta whimpered. Berta pointed at me as I was still holding the umbrella. I just smiled because I had no idea what the problem was. Angela stared at the umbrella for what felt like a lifetime in silence. Finally, she took a deep breath and said “What kind of game are you playing young lady? Mr. K has been dead for a year now. Furthermore, Mr. King as he shall properly be called was my uncle and that umbrella has been in the back office since his accident. You rotten girl stole it and now are playing this very sick game!” Angela went to snatch the umbrella from me and she caught notice of my half-moon birthmark. She began to shake and slowly lifted her head; stared me dead in the eyes. She moved closer to me and whispered “come with me.”

Angela led me by the hand through the swinging door that went to the kitchen and a small back office. She turned on the light and walked over to an old bulletin board. On the board was a photo that Angela removed and brought over to me. She asked me with tears in her eyes “were you adopted?" I looked at her and said “yes but how did you know?” Angela turned the aging photo around and pointed to an image of two little girls. The older one was holding the smaller girl. “Take a look at her she said” pointing to the smaller child. I looked down and immediately saw her wrist. The half-moon birth mark was starring right back at me as clear as day. Angela said to me “you are Anna, my sister Anna. Our mother was very ill back then and our family was so poor that she decided to give you up for adoption.” I was completely in shock. I had always known that I was adopted but never dreamt that I would meet my biological family. Angela took my hand “Mother always thought about you and worried right up until her death. Mr. King, our uncle would always come to feed you at lunch and read you stories. He loved you so much." Angela proceeded to tell me how our uncle was killed last year on a very rainy early evening when he left the diner. He was crossing the street when a heavy gust of wind ripped his umbrella out of his grasp. He became distracted and was hit by a car. She kept the umbrella in the office after it was found in tact in honor of his memory.

I am a seasoned hospitality professional and aspiring writer. I especially love poetry and experimenting with different styles. My inspiration comes from personal life events and I am known to root for the "underdog." I am 48 years young.

See all posts by Marilyn Glover →