That could only be created by human hands 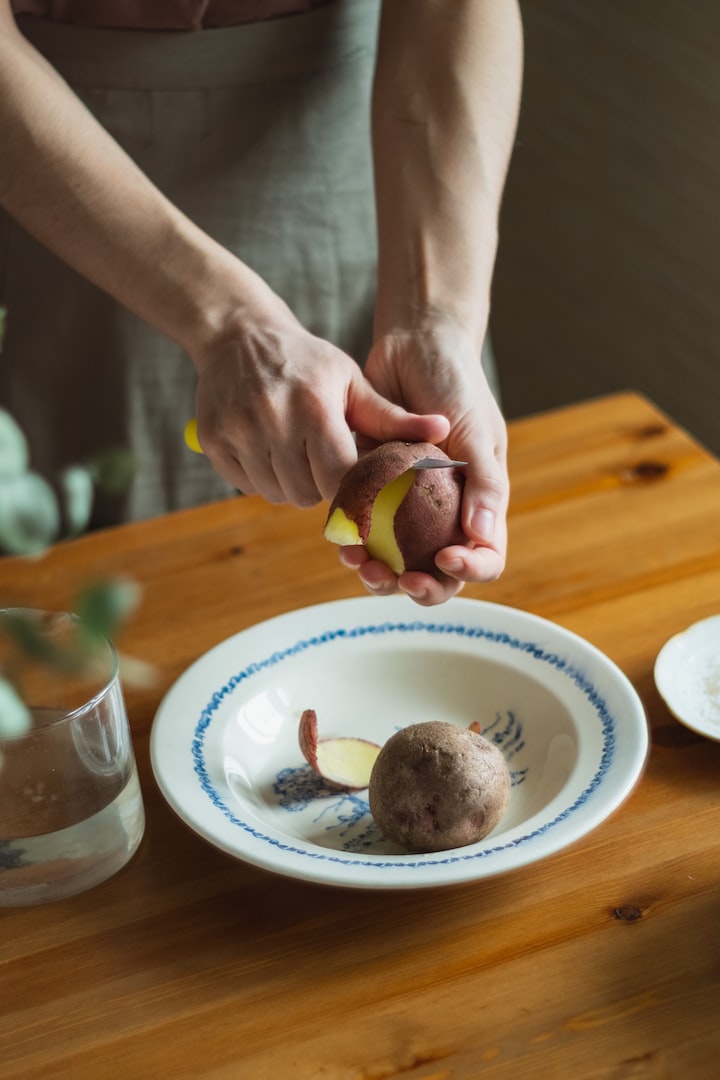 Photo by Dilyara Garifullina on Unsplash

I don’t have any early cuddly memories of my mother’s cooking, because while she had innate skills that were demonstrated on mostly rare occasions, our dinner times were not Norman Rockwell gatherings of the family unit. My father came home later than my friends' fathers; their fathers seemed to turn into the driveways on our street around 5:00 pm and the families were sitting down around 5:30 to a meal the mother had prepared during the day.

My dad on the other hand was walking in the door more like 6:30 or 7:00 pm and he and my mother would commonly have a cocktail and “unwind” and not eat until 8:00 or later. I think they ate a lot of broiled meats and baked potatoes and salads with bleu cheese dressing.

Since we didn’t drink martinis or stay up past 9:00, my brother and I had a kid’s dinner apart from our parents hours earlier than their meal. My mother was a pioneer in her embrace of frozen convenience foods and our freezer was stocked with the culinary explorations of Clarence Birdseye and the Swanson food industrialists, backed up by the canned inspirations of Chef Boyardee in the event of power failures and freezer melts.

To this day I can completely recreate from sense memory the contents of our little metal trays — the Salisbury steaks, the fried chicken, the grey roast beef, the sliced turkey, the breaded fish sticks, and their accompaniments of peas, corn, carrots and/or mashed potatoes with Apple Brown Betty batting clean-up in the dessert compartment. On any power outage night, I can time travel and imagine I can smell a lingering waft of the strange sweet orange marinara sauce of a demented canned chef. These were the major foods of my early childhood. I think I thought all families ate like this.

Then one day in second grade, I was invited to a Friday dinner and a sleep-over at my best friend Peggy’s house. Peggy lived outside my neighborhood and it was agreed that I would ride the bus home with her and be picked up by my parents the next day.

After school we played with Peggy’s Barbies and rearranged the furniture in her Dream Home until we were called to dinner at 5:45. Standing around the table was assembled her entire family — her mother and father and her brother and a grandmother tossed in for good measure. It was as though the pages of our Dick and Jane primer had been animated and come to life. Her mother and grandmother traveled back and forth from the kitchen ferrying food on platters and in bowls, and the table was set with plates, not the segmented aluminum trays I was used to. This is the night I was introduced to Home Cooking made with actual ingredients that did not come from a frozen package or can.

There was meatloaf and gravy and string beans and carrots and mashed potatoes, not unlike one of my usual lineups, except of course for everything that matters - like appearance, taste and texture. I realized that I had been eating approximations of food, or recreations of food that might be appreciated more after an apocalypse when all the real food had disappeared.

Of all the items on my (porcelain) plate, none was more revelatory than the mashed potatoes. My TV dinner mashed was runny and glutenous at the same time and had a weird tinny chemical undertone. It was clear that the relationship between the white paste and any real potato was tenuous and based on a long forgotten harvest; those re-moisturized petrified russet flakes bore no resemblance to the fluffy, buttery white mounds I was shoveling into my mouth. I was reliving the Helen Keller “water!” moment in the Miracle Worker, but as relates to food. NOW I knew what people were talking about.

“These have lumps,” I said. Yummy, soft, potatoey lumps, I should have said, as Peggy’s mother interpreted my comment as a criticism.

“Maybe your mother rices them?” she commented. “I just don’t have the time, so we live with the lumps.”

I didn’t squeal on my mother’s potatoes because solidarity and all. But I returned home with new, awakened taste buds and embarked on a campaign of nutritional upgrading regarding my brother’s and my meals. My mother was frustrated and uncomprehending.

“You always liked TV dinners before. What do you want”?

I live in a seaside New England village and am trying to become the writer I always wanted to be. I focus on writing short stories and personal essays and I hope you enjoy my efforts. Likes and tips are very encouraging.

More stories from Valerie Kittell and writers in Families and other communities.