by Rachel Reese 4 months ago in parents
Report Story

When he got home and had nothing to do, he helped his father herd sheep and became a shepherd boy. He read while herding sheep. Among the books he read were a lot of math books. 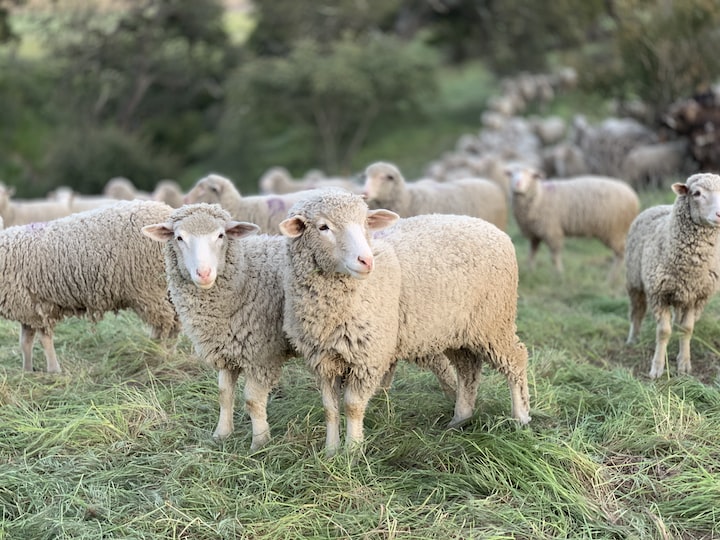 Photo by Tanner Yould on Unsplash

Euler is a famous mathematician in the history of mathematics, who achieved outstanding achievements in several branches of mathematics, such as number theory, geometry, astronomical mathematics, and calculus. However, this great mathematician was not at all liked by his teachers when he was a child, and he was an elementary school student who was removed from school.

Ola was surprised: "The sky is so big and high, and there is no escalator on the ground, how did God put the stars one by one on the curtain? Why did God forget the number of the stars when He placed them one by one in the canopy? Was God too careless?

He asked the teacher the question in his mind, and once again the teacher was caught in the middle of the question, and his face turned red, not knowing how to answer. The teacher's anger rose in his heart, not only because a child who had only gone to school had asked such a question to the teacher, which made the teacher lose face, but also because the teacher regarded God above everything else. Little Ola blamed God for not remembering the number of stars, implying that he had doubts about the Almighty. In the teacher's mind, this was a serious problem.

In Euler's time, there was absolutely no doubt about God, people were only slaves to their thoughts, and were never allowed to think freely. Little Euler did not "agree" with the Church and with God, so his teacher sent him home from school. But the aura of God's holiness disappeared from young Ola's mind. He thought, "God is a wimp, why can't he even remember the stars in the sky? He also thought that God was a dictator and that it was a sin to even ask questions. He also thought that God might be a guy someone made up who doesn't exist.

When he got home and had nothing to do, he helped his father herd sheep and became a shepherd boy. He read while herding sheep. Among the books he read were a lot of math books.

Gradually, Dad's flock grew to 100 sheep. The original sheep pen was a bit small, so Dad decided to build a new one. He measured out a rectangular piece of land with a ruler, 40 meters long and 15 meters wide, and when he did the math, the area was exactly 600 square meters, an average of 6 square meters for each sheep. When he was about to start the work, he found that he only had enough material to enclose 100 meters of fence, which was not enough. If he wanted to enclose a sheep pen of 40 meters long and 15 meters wide, its circumference would be 110 meters (15+15+40+40=110) The father felt very difficult, if he wanted to build as originally planned, he would have to add another 10 meters of material; if he reduced the area, the area for each sheep would be less than 6 square meters.

Little Ola, however, told his father that he did not need to reduce the size of the sheep pen and did not have to worry that the territory of each sheep would be smaller than the original plan. He had a solution. His father did not believe that young Ola had a solution and listened to him without paying attention to him. Little Ola got anxious and said loudly that he could only move the stakes of the sheep pen a little bit.

The father shook his head and thought, "How in the world can such a cheap thing be done?" But little Ola insisted that he would be able to do both. The father finally agreed to let his son try.

When young Ola saw that his father had agreed, he got up and ran to the sheep pen where the work was about to begin. With a stake as the center, he shortened the original 40-meter side length to 25 meters. My father became anxious and said, "How can that be done? How can that be done? This sheep pen is too small, too small." Little Ola didn't answer, and ran to the other side, extended the original 15 meters, and added 10 meters to make it 25 meters. After such a change, the original plan of the sheep pen became a square with 25 meters of side length. Then, little Ola confidently said to his father, "Now, the fence is also enough and the area is also enough."

The father tied the fence according to little Ola's design, and the 100-meter-long fence was enough, no more, no less, and all of it were used up. The area was also enough, and it was slightly bigger. The father felt very happy in his heart. The child is smarter than himself, he is good at thinking, and he will be very successful in the future.

The father felt that it was a pity to let such a smart child herd sheep. Later, he found a way to let young Ola meet a big mathematician Bernoulli. Through the recommendation of this mathematician, young Ola became a university student at the University of Basel in 1720. In that year, young Euler was 13 years old, the youngest student at the university.

If success is seen as the evaluation of others, then you will never be able to get rid of the exhaustion of your mind or even experience the joy of success at all.

More stories from Rachel Reese and writers in Families and other communities.