An Exploration of Amicable Estrangement 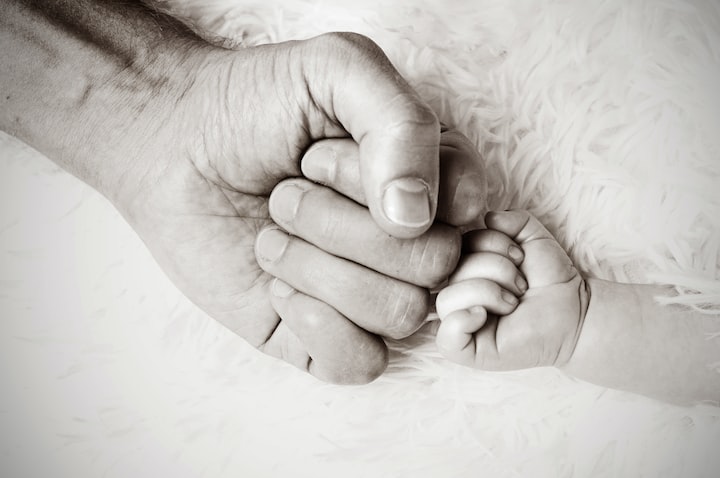 Photo by Heike Mintel on Unsplash

Whenever I try to explain the complex relationship I have with my father, it inevitably boils down to this one simple phrase. Sometimes, it's a convenient and comfortable way to end an uncomfortable conversation. At others, it's a covert signal–a dog whistle by which I can gauge the reaction of the listener to determine their likelihood to understand the complex, entangled web of experiences that create the context necessary for the explanation.

Mostly, it's an apology for the mess.

Two simple words could never fully encompass the nuance, but it's the best I can do for those who don't have much time or interest to spare for a long, winding story about the journey that led us here. But, if you'll allow me to digress into that meandering tale, I'll enlighten you in the hopes that my story helps you put a name to your own feelings about those who are still alive and yet not there but for whom you have nothing but love. I call my brand of complicated "amicable estrangement."

What Does Amicable Estrangement Mean?

To make a not-at-all-simple idea easily digestible, I just put the two most accurate terms for this contradictory state of being together. By definition, an estrangement cannot be amicable, and I'm aware of that. Specifically, according to Oxford, estrangement is the state of no longer being amicable. However, estrangement is characterized by a number of other things in common usage. Primarily, though, it has come to mean the following: the sustained absence of a person from your life with whom you once had a close relationship.

It is this sense of the word estrangement that I have put into play with this psychosocial portmanteau. Amicable estrangement is the sustained absence of a person from your life with whom you once had a close relationship but whose absence is not the result of strain or tension in said relationship. There is no negative reason for their absence, it simply is what it is, and neither of you harbors ill will toward the other.

My father and I exist on the periphery of each other's lives. We maintain a tether through my stepmother, but we communicate directly very little. I don't not want to talk to my dad, and he doesn't not want to talk to me. We just don't talk. He is busy with his work during the week, as am I. I am busy with my immediate family (my son and husband) on the weekends. Neither of us feels it necessary to intrude on the other's responsibilities for a conversation that could be relayed much more conveniently through Mom via one of our regular video calls.

Mom calls me while I'm working, and she's painting, so we talk in the background of our daily tasks, but only when I have the house to myself. Dad calls me when there's something urgent that needs to be discussed or when it's a birthday or holiday (the same circumstances under which I call him). Add a time zone change and a thousand miles of distance to the business of our schedules and the ambitious drive we share in pursuing our passions, and it's easier to understand how this amicable estrangement came to be.

How Did It Start?

To answer this, I have to take you back in time. When I was much, much younger—younger even than my son is now—my dad lived nearby. Mind you, "nearby" was a relative term, considering that I moved very frequently in the first fifteen years of my life, but at the time this took place, he lived in the same county as my mother. They had divorced years before, and by this time, my father and my stepmother were married with kids, completing the quartet of children with my maiden name.

Then, my father and stepmother moved halfway across the country, and I went from seeing them every other weekend to once or twice a year. At first, there were many phone calls, then fewer, then none. I learned after my son was born that my perceptions during this period of my life were colored and curated, so I won't go into detail about how things happened. However, it was the lack of contact in this period that set the foundation for the sustained silence later: in short, not talking became a habit.

When I was in middle school, I moved into my father's house and lived there for the better part of a year. During that time, we got to know each other again, now with our courses mostly set. It was during this period that I met my now husband, and I relish the memories I made that year, though the ending was bittersweet. I returned to my mother's under a cloak of disappointment that I learned much later was unwarranted, but the radio silence (from my perspective) resumed. Once more, it became a habit.

I decided that I would give everyone in my life a clean slate when my son was born. To me, it seemed only fair to allow those who had grown and bettered themselves a chance to have a relationship with the next generation. Further, I felt that holding grudges formed so many years before was unfair to my son; having a relationship with his relatives is his choice to make. With one notable exception, every person given the opportunity to reenter my life did so with gusto—my father included.

Between our family trips to visit him (and my inlaws, who live in the same metropolitan area) and his visits to his hometown (with detours to my neck of the woods and my sister's), we've seen more of each other in the last nine years than we did for the better part of the previous decade, and we talk more, too. Even after taking into account our tendency to hover on the outskirts of each other's lives, cheering one another on from the sidelines and commiserating from a respectable distance that suits our shared, not-exactly-stunted-but-selective communication style, we have a better relationship now than we have for most of my life.

I Told You So

As I mentioned at the beginning, two words could never quite capture the nuance of my healthy, distant, nearly-but-not-quite silent, peripheral, enthusiastic, loving, complex, renewed, and generally inexplicable relationship with my father, but the oxymoronic "amicable estrangement" are the closest I can come to fully distilling the concept down. But, as that phrase requires a whole explanation of its own to unravel the conflicting message, there are two much simpler words I most often use instead:

I often write from a perspective that encompasses contradictory terms, such as the hopeful cynic in Sisyphus Rising or the two-headed dragon in Doom, Boom, and the Baby. Hopefully, this sheds some light on why oxymoronic stances are so comfortable to me. Thank you for reading!

More stories from Michelle Truman and writers in Families and other communities.