by Katharine Chan 5 months ago in children
Report Story 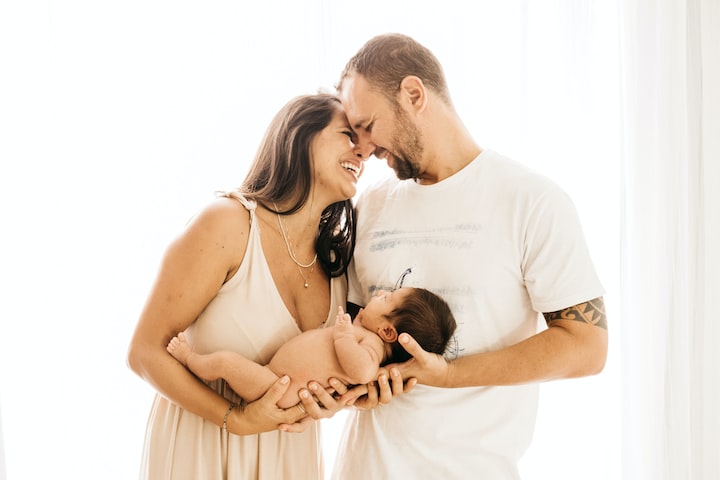 How did the second year of motherhood look like for me?

More like an arduous hike up Mount KiliMOMjaro, slowly acclimatizing to the change in stress.

For me, the first year of motherhood was all about survival, keeping my head above water, and recovering from a lost sense of identity:

Is being a mom the only role I'll have from now on?

Will my boobs ever go back to normal?

What happened to my independence?

My second year was all about managing schedules, efficient timelines, ticking boxes, getting things done in a short period of time, constantly shifting gears between work and home. Let's go, go, go…get it done!

And during that year, I unknowingly began accumulating all these mental notes:

There's a smidge of black bean sauce left…I can't make her favourite pork side ribs without it…add that to the list…wait, how long has that container been in the fridge?

She's growing out of her 12–18 months clothes…remember to dig out the 18–24 ones from the closet…which season are we in now? Remember to sort them out on the weekend…

All her little spoons and Munchkin cups are in the dishwasher… I need to run it after getting laundry.

Socks…socks…socks…I just washed her favourite pink and purple pair with the grippy things…Where are they? Remember to message sister for more hand-me-down grippy socks.

I wonder if she's constipated…she hasn't pooped since yesterday at 14:36…I thought she drank a lot of water… it must be because she's not eating enough fruit…buy grapes after work and monitor her water intake.

My brain was drowning in mental notes, composing a Rachmaninoff-like melody that got more chaotic with each passing day.

At this time, the comic "You should've asked" appeared in my Facebook feed. After reading it, I felt better about my situation.

It's validating to know why I'm feeling this way (genetics, society, culture, environment…etc.) and that I'm not the only one.

The first step to solving any issue is acknowledging that I have one and then understanding it.

But then what? I wouldn't say I like this feeling. What can I do within my control to change this?

I needed to hit the pause button and start self-reflecting on my situation. My husband and I have worked hard to establish a mutual understanding of the way we care for our daughter so that we both feel we are in it together as a team.

Baths, diapers, stories, playtime, feeding, cooking, cleaning…we don't keep track of who's done more or less. We respect (most of the time) and have a happy balance for childcare, stepping up he's maxed out and asking for relief when I'm exhausted.

So it's not resentment that I felt when I'm holding this invisible workload. I didn't feel angry at him for not gathering mental notes as I did. I wasn't bitching to my girlfriends that he's not doing stuff around the house because he was actually doing quite a bit.

Then what was it?

I was green with envy

I wanted what he had, the ability to not care about the little things, the philosophy of "it'll get done when it gets done," the mindset of "we'll figure it out when we cross that bridge."

Oh, do I ever envy his ability to fall asleep knowing there is a bowl of her half-eaten pasta on the kitchen counter?

I needed to fix my overly worried mind, riddled with "What If?" thoughts, causing me to constantly overprepare and plan for that moment when I'm out of clean socks, and she's forced to go without, putting herself at risk in blister territory.

So I tried doing what he does

I attempted to adopt his mindset, not thinking about the little stuff, telling myself the world would not end if I didn't do X.

But by the end of the week, all those little Xs that I had avoided thinking about would creep up and consume me whole like the scarab scene in The Mummy.

I couldn't just do what my husband did. I'm not him. I needed him to understand my thought process, to clearly articulate why those mental notes pop up and have him help triage them in terms of priority so that we are both vested in managing this invisible workload.

How Did I Start?

First, He Needed To Understand The Issue

I showed him the comic and gave him some time to read it.

Then, I told him,

"You know when I'm sitting with you on the couch watching Netflix? I'm not just watching the show; my brain is going a mile a minute with the things I have to do before we head upstairs for bed. Stuff like filling her water bottle, putting dishes away, prepping the coffee for tomorrow…and I can't sleep if I don't do them. Trust me, I've tried."

We had a thorough conversation to fully flesh out what I was dealing with on a daily basis.

I used language that focused on how I felt, avoiding language that would make him feel like he's to blame (prevents him from being defensive), acknowledging him for all the work he does for the house, and reiterating our mutual understanding that we parent as a team.

My expectation wasn't for him to feel what I'm feeling (he is NOT me), but rather, I wanted him to understand why this mental load had a negative impact on me.

Then, We Came Up With A Plan

I asked him to help me, and like a typical husband, he asked me to

"Let him know when I needed it."

But obviously, that doesn't help as the burden was still on me, where I'm the TaskMaster, and he's the TaskRabbit.

After many talks, we came up with a plan.

I needed to make the invisible visible. He needed to prompt me to do so. I needed to learn more about how he's able to not worry about the little things. He needed to develop his own process for gathering mental notes.

Whenever he caught me doing "nothing," just either standing there in the kitchen or sitting on the couch, he would ask me,

"What are you thinking about?"

And that would cue me to tell him what I was thinking about.

I needed to regularly vocalize this invisible workload, so every time I "wrote" myself a mental note, I would narrate it out loud so he could hear my thought process.

Drawing from his natural ability to not care about the little things, he was responsible for helping me triage what's important versus what can wait, slowly training me to worry less.

Lastly, We Are Still Trying

It's not perfect. We are a work in progress, but we are heading in the right direction.

I don't know how much ketchup/mustard/soy sauce/oyster sauce/peanut butter I have in my pantry and don't care. When we run out, I know the world won't end. There will always be some at the store.

Sometimes, I haven't done the laundry, and she has to wear clothes one size up.

We eat more fruit now because sometimes he forgets to make vegetables for dinner.

Sometimes, we use take-out utensils or eat with our hands (It's fun!) because we forgot to run the dishwasher.

Recently, I slept through my alarm. I woke up in a frenzy, panicking about how late I was. I quickly got ready for work, dashing into my daughter's room to get her. But she wasn't there.

I headed downstairs to the kitchen, where the swishing sound of the dishwasher soothes my soul.

Then, I saw my husband with a cup of freshly brewed coffee in one hand and my travel mug in the other. He told me,

"I called your dad to let him know you'll be late dropping her off."

Our daughter was sitting on the stairs with her rain jacket on, matching clean socks and shoes, holding her stuffed dog waiting for me.

As I left the house, he mentioned,

"She didn't poo yesterday so I'll stop by the store to get some grapes today."

My husband had done the seemingly impossible. He read my mind.

So Readers, have you ever experienced this invisible workload? How do you manage? What do you think would be the best way to address this as a society?

More stories from Katharine Chan and writers in Families and other communities.