by Judith Jascha 18 days ago in grief

The Moment That Changed My Life Forever 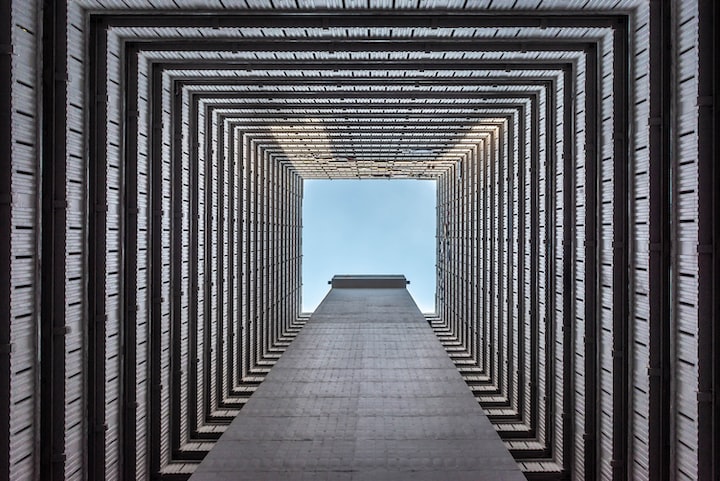 Photo by Chor Tsang on Unsplash

I’ve often made the joke that I was born nearly grown, an old soul my closest friends call me. I remember laying in bed as a child trying to contemplate the meaning of life and death. I’m still trying to figure that one out. I always wanted to grow up in a hurry. I didn’t want to waste my time in elementary and middle school, I was wanted to start my career in saving the world. Looking back, I can better understand that way of thinking. In hindsight, it was because of personal heartbreaks from a painfully early age that had a much bigger impact on me that I am only recently realizing existed.

I have very little memory of my dad, aside from sitting on his lap eating a bowl of Lucky Charms and of playing with him his last Christmas. I was only two at the time, so I am very grateful that I am able to still remember those moments. He is forever engraved as a young handsome twenty-something year old, as he was only twenty-five years old when he left this world. As little as I remember about him, there is one thing I know for certain, he loved his little girl.

I have memories as a child of looking at old pictures of him holding me with a huge proud smile on his face and crying because I wanted my daddy. All anybody could do was look down at me not knowing what to say to make things better, except that he was still with me in my heart. After all these years, I am reminded of my dad whenever I look in the mirror to see the dark brown hair and eyes that I got from him, and the occasional dream where he will show up to tell me that he loves me and how proud he is of me. Its those memories that help me through my darkest moments, the realization that despite how cold and cruel the world may be at times, I am truly loved.

When I was a teenager, I was given a copy of his death certificate. I found it ironic for a couple of reasons. First, he was born on the last day of February, making him a fellow Pisces, something else I get from him. But on a more tragic note, he passed in October of 1988, cause of death, homicide. He was taken due to the actions of a selfish drunk who for whatever reason decided to get behind the wheel of his car. I sat in shock seeing on paper what I had already known my entire life, my dad didn’t have to die. He was taken because of somebody’s actions. It was a hard thought to grasp. Little did I know at the time, only a few short months after I received that piece of paper, I would lose somebody that loved me with all their heart. And once again, it was due to the cruel actions of someone else.

I was seventeen, and I had told my Mampau goodnight and that I would see her the next day for church. We didn’t think twice when someone showed up looking for one of our neighbors. We had seen him packing his car up all day indicating that he was preparing to move. But it was a busy Saturday, Mampau was getting me to guitar lessons and our afternoon job of cleaning the church. We had had an argument that day over something ridiculous. He bipolar disorder went on the war path, and she believed that I was going to run off and leave her. Just the thought of me going off to college would send her into a frenzy. She thought that would mean I was going to push her out of my life forever.

By the end of the night, she was happy again. We talked over cups of cappuccino until eventually, she said she was tired and was going to walk home. With a hug and an I love you, that was it. I watched her walk out the door and went on to work on an Algebra study guide. The next morning, she was supposed to come over to get me for church. I was all dressed up, but nine o’clock came and went, no Mampau. Eventually, I grabbed my keys and walked across the street to her house. Perhaps she had left me a note or something. I stopped right at the door and decided to go back. She would have brought her note to our house if she was going to do something. I didn’t give it any other thought in that moment.

I must go back for a moment to add that during all this, her car was gone. So, our thoughts were that she had just went to the store or something and had been delayed for some reason. My great grandma decided that I needed to go to church because I was a Sunday school teacher for the young kids. When I got there, I suddenly broke into tears and told everyone that she was missing. My preacher, though outwardly not overly concerned, decided to send a couple of deacons to go check on her. As soon as they opened the door, the truth was discovered. There, in the kitchen, was Mampau laying in a pool of blood. Because she had a working car, and what was believed to be a large some of her money in her purse, our neighbor decided that she didn’t deserve to live her life.

It was towards the end of October, a few days short of her fifty-eighth birthday. That is the day that my childhood officially ended. I had to immediately learn how to take care of myself. I still ask myself why my life was spared that night, it could have very easily have been me also. The only explanation is that I have more I have to do in this life. It isn’t fair, but I’m trying to do my best with the time I have.

A couple of years ago, I had to go back and relive that night when her killer tried to get out of jail. I couldn’t protect Mampau when she died, but in that moment, I felt like I was doing something to protect her in death. I fought to keep him behind bars, and he remains there to this day. It’s been a rocky road, I have hit many curves along the way, but I believe it is through those curves, that I have become stronger.

Mom, sister, teacher, student, writer. I love to touch on all areas as I like to expose myself to new things. My goal is to use my experience to entertain and educate.

Receive stories by Judith Jascha in your feed
Judith Jascha
Read next: Adulthood with a Narcissistic Parent