Five Signs That Told Me My Marriage Was All Over.

by William ONeill 5 months ago in divorced

When love is all burned out 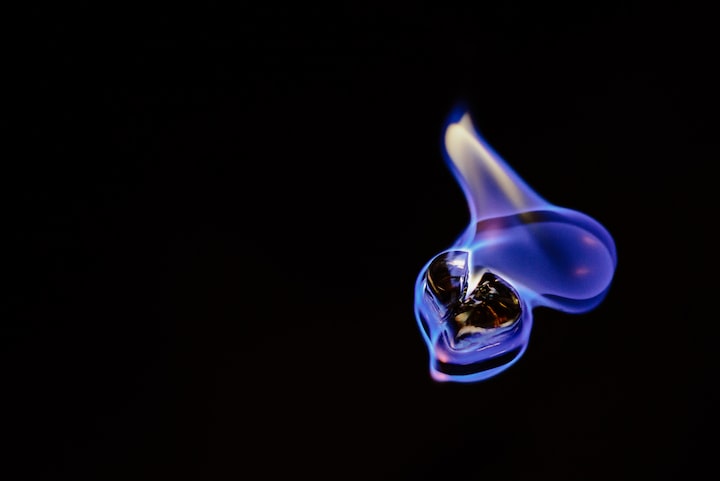 Photo by Matteo Kutufa on Unsplash

I guess that there a great many signs my life was heading for the rocks long before the painful slaps in the face woke me up to what was going on behind my back. It's just that the early indications can be so infinitesimally small that you just don't notice them. Of course, holding down a full time job and co caring for three young children is more than enough to distract your attention and tire you out to the point of diminishing your attention to your relationship with your other half.

1.At the end of one particularly hard week, on a Friday night, when we went to bed I just wanted to sleep. My other half had other ideas. I proffered tiredness as the reason for my lack of interest in having sex that night. I was really quite disturbed to hear her angrily, vindictively even, say to me.....

"It's alright, I can always get it somewhere else."

2.I made a mental note of that comment but for the time being chose to let it go. I think she became emboldened and saw this as a green light to up the ante.The next morning after breakfast, whilst the children were out playing in the garden, she asked me a curious question.

"Have you met somebody else?"

The answer was of course not, no. What I was too slow to realise was this question came under what is called guilt projection. Basically it's when your partner accuses you of the very thing they are up to. Again I let it go.Later I realised that she was having an affair all along, but she did not want to be seen as the one to ruin our marriage. She hoped beyond hope that a)I was also having an affair and b)I would confess all to her. Then she could claim that it was me who had an affair first and that therefore her affair was a perfectly understandable thing to do.

3.Fast on the heels of this was "I think we should have an open relationship."

Of course I refused, but by now I was becoming quite alarmed about what might be going down.

4.One day we were at an art gallery admiring a self portrait of a famous artist who was openly lesbian. My little precious said "I think I might be lesbian, you know." Much further down the line I discovered that she had been having affairs with both men and women.

5.Eventually, tired of all her little games I decided to confront her. I didn't accuse her of anything, since I already knew what she was up to. What I said was "We have three lovely children who deserve better than this. Do you think we can give this a go to make it work?" Her answer, whilst not unexpected floored me and told me everything I need to know.

"I think we might have half a chance." In other words, a categorical no, no chance at all whatsoever.

"Hey, right now mister I'm having a freekin great time. And I realise that you love me a darn sight more than I ever loved you. Therefore, maybe you love me so much, and think so little of yourself, you'll just sit on the subs bench and wait until I'm finished screwing around with other people. Whatever, not you nor anybody else, including our three children, are going to stop me doing exactly what I want, loser."

After that it was all over bar the shouting as they say. I moved out into rented accommodation until the house was sold and I could start again. As an aside let me give you some divorce advice.

In the United Kingdom it is not possible to get a divorce on the grounds of adultery. You need clear black and white, or full glorious technicolour of your other half totally naked and bang at it. Getting your other half having a cosy coffee in a secret cafe bar trist is not going to cut it.How can you get around that? Easy as it happens.

The courts will accept unreasonable behaviour, which includes adultery, as more than grounds for a divorce. I was given that little gem of advice by a judge no less. How? Easy.

After spending a lot of money on two legal firms and still without a divorce I went to the courts and asked if I could do it myself. They not only said yes but they helped me to fill out all the necessary documentation. The cost? Twenty five pounds! And of course, I was able to cite the married twat she was having an affair with. Even better, the court sent papers to his home address. My ex and he went absolutely ballistic.

Now before any of you start thinking that that was a little mean on my part, let me tell you, these two unsavoury, evil swines intentionally drove me to the edge of suicide, which was their intention.

So, a year later I finally got my divorce, the house was sold and I set up again and took a new partner. One Saturday morning I heard a noise in our back garden. When I went to look out of the window there was my furious ex ripping my new partner's underwear off the line. She saw me and started screaming at the window...

Oh dear how sad never mind I guess. I have to say, she swore to ruin that new relationship and sure enough that's exactly what she did with appalling lies and threats to the point that my second ex wife more than half believed her.

Oh well, that too is long since past and I am now happily remarried to my third wife who has never ever shown me anything but what true love really means.

I hope any of you in situations similar to the above feel a little better informed about how things go when they go bad and perhaps feel able to deal with it better than I did at the time. I guess it's true what they say, you live and learn, hopefully.