by Teresa Hurley 2 years ago in humanity
Report Story

Past-time that is Forgotten Through Time.... 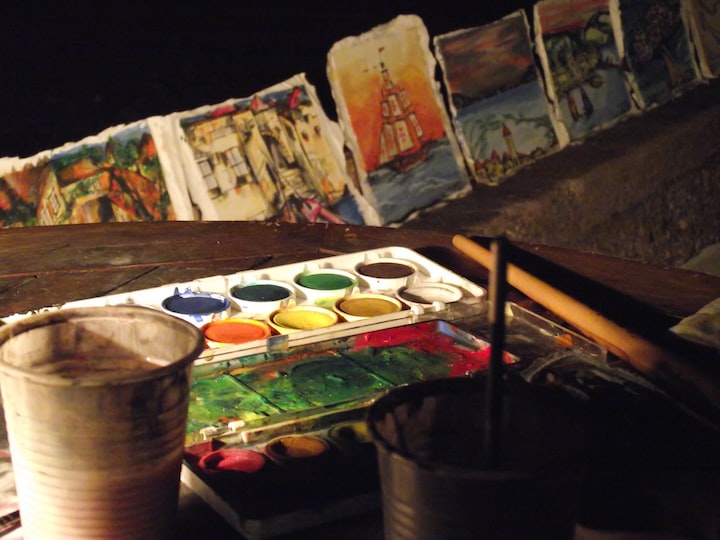 Photo by Ankhesenamun on Unsplash

Growing up in the late 80's early 90's was one of the best past time. Family was something to be proud of. Grandma's and Grandpa's held the family together. If there was ever a dispute, we all just came together and talked it out. Holidays were spent together with your family. We all got together and put our differences away. Food has always been a deal breaker in my family. Everyone played their role on a special holiday, or even an occasion. The past time dish that was forgotten was fried corn, every Thanksgiving. My grandma would host the occasion and someone would have to be at her house either spending the night, or early to start cooking the food. Whoever would cook, did not have the responsibilities of cleaning the dishes up afterwards. That was the worst part of Thanksgiving, was the cleaning up. Fried corn always got cooked with our meal. I honestly don't know if it was something my grandma just chose, or if it actually was passed down through generations. I can remember the way it smelt and the way it always hit the spot when I would put it on some of my mash potatoes. How I can hear the people in the back ground talking about either the football game that might have been on, or the arguing over something that might have been started over a debate. How my grandma's house was so little, but could fit so many people in it. How every time we would say grace before we ate dinner. That corn was never forgotten. My grandma had to make sure we had enough of the corn to last a year, it sure felt like. She would get her big skillet out, some butter, some salt and pepper, and melt them together. She would then pour the corn in the skillet and fry it up. It was so delicious and tasted so good. For people who don't like corn or vegetables, would be amazed and think differently.

There was this one Thanksgiving that my grandma decided to invite more people to that year. She had to have someone go out and get more corn before the stores closed, because everyone enjoyed the dish. The little yellow corn husks, turned to a crisp yellow color with a few dark spots on them. They were so golden and tasted just like it came off of the grill. People enjoyed it the most and always would hear them say it was the best dish of the house. My grandma did know how to cook, but the turkey was always up in the air, along with the rest of her meals.

After my grandma passed on in 2008, not much of my family gets together anymore. It was like my grandparents were the glue to the stick. My youngest aunt tried to get them together afterwards, but my aunt and her sisters just kept fighting and could not get along for the rest of the family's sake. What I have learned through the years is, family is important regardless if it was just cousins, uncles, brothers, sisters, etc. Having that solid interaction to know that blood stuck together was the best feeling. The conversations we had about stupid subjects meant so much. How I was always the voice of the camcorder in the back ground. How much stronger one another can be if that family was still tied into each other.

As time passes, so does life. Families split and do their own things. People lose hope in one another. Memories start to fade away. Life starts to fade away. When we were all sitting down to have another dinner plate, I looked up and it was all vanished, just like the fried corn.

More stories from Teresa Hurley and writers in Families and other communities.