Finding Our Inner Child and Having More Fun in Life

by Sulav kandel 8 months ago in humanity

“A positive attitude is contagious, but don't wait to find it in others. Be a carrier. ”~ Tom Stoppard 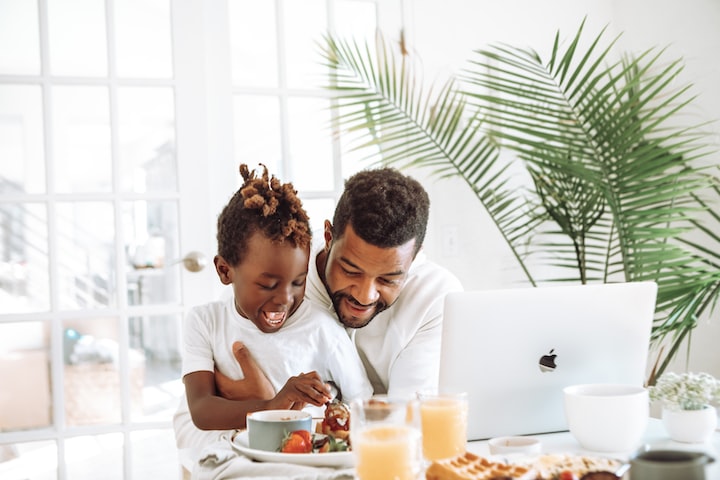 Photo by Jimmy Dean on Unsplash

One day, I was at my daughter's school watching her participate in spelling. As the children entered the room, I noticed their way and their faces.

They looked happy, scared, and some, not caring. The teacher led them to their neighborhood and quickly told them to sit down, in two straight lines, not to speak. They agreed.

Some children forced others to "go overboard!" Some were holding their fingers to their lips, loudly shhhhhshing others. Others open their notebooks and begin drawing or writing. Some spoke quietly to a neighbor friend.

I smile as I look at them; others held me and smiled at me. I wondered if the adults could comply with the teacher's request so quickly, with so little complaint.

I wondered how many adults, after being told to sit down, would protest and say "I don't want to sit down," or "sit down, are you kidding ?!"

How many would keep talking, ignoring anyone who urged them to be quiet? How many of them would hold their own instead of complaining, "This floor is hard, how long will this take ?!"

And I wondered how many of them would talk to their neighbors as if they were their best friends rather than judgmental, looking up.

As soon as the bee spell went on, I kept an eye on the children in the room. There were four participating classes, which should have been 100 children in that cold, strong spot.

The children on stage were doing very well.

Some of them fought the word here and there but were able to put all the letters in order. And when they did, their freedom and pride were more than obvious. They brushed their foreheads, miraculously wiped their nails, and their knees gave way as they pretended to be unconscious and filled with laughter and companionship. They enjoy each other's company, congratulate each other, and comfort each other.

What about those older ones? Are they willing to hit their foreheads? Pretend you're fainting? Laugh and shrug their shoulders when they’re messed up?

What about that relationship? Those children all enjoy each other's company. It did not matter whose class they were in, how good or how bad they were. It just didn't matter. Adults will not talk to you if you are in a different group.

Maybe I’m getting harder on adults. I'm sure there are some of them who will stand on the stage of life, give them their best gun, and maybe win - and then pretend to be exhausted, or jump up or down with arms raised and shouting, "I did it!" Either you lose and shrug their shoulders, you know there will be another chance, or you run into the arms of a friend for comfort. But I think they are few and far between.

Stability — looking at the other side of the eye — that’s the key.

Take all that sorrow or joy into it now, my lord; how old are you? Don't you know that when you win you have to look ugly, uninterested?

When you lose you have to shrug your shoulders, iron your face, shake your head, and say, "Okay, I'm fine." If you are dancing you should have a "walk," do it well or do not enter the dance floor; people are watching.

I stayed with my daughter for the best part of that afternoon, following the kids as they exited through the Physical Education department. Once there, they were told to sit down, this time to concrete. They did.

I sat there in the concrete with them, and they looked at me a little strangely. Then listen carefully as the coach explains the rules of the game.

When he finished, his arms were fired into the air, shaking violently, exploding with fire of questions. What if…? Is it…? Who's going…? ”

They asked all their questions until they were satisfied that they understood. The game was in progress. I watched. Some cheat; highly played. They came back from the court and came to their places on the floor tired, sweaty, sweaty.

For about a moment, some were angry that their group had failed. But they did not stay. I laughed with them, told them they were doing well, and asked if they had any fun. They answered, “Yes!” I used to cut off my legs, like them, absorb energy, and think about the attitude.

How would I participate, I wondered. Did I raise my arm and ask questions? Would I give you everything I had and then fall down after that? What do we, as adults, do to get tired and tired?

Later that day I looked at the adults I had met. Here's what I saw:

Some were well-dressed, on the way to work or on vacation, talking on the phone or checking wallets and wallets.

Some were driving, looking out the front window, perhaps thinking about paying for a mortgage or kids or Mom and Dad or how much it would cost to fix a hot water heater.

Some were queuing up, checking their watches, rolling their eyes, apparently counting the number of items the person in front of them had.

Some were in the park, watching their children play soccer, looking confused and shouting, “Kick it! Move up! Go! Go! Go! ”

Where did I go for our little ones, I wondered? Where is that fun, fun, play this game because it is fun, running in the rain, catching drops in my tongue, asking all the questions I need, hugging my best friend and telling them I hurt the person who is walking? Could it be that I am too old? We all have him?

Read next: My Bright Umbrella