Father or Dad, is there a difference?

PS
by Pat Strong 5 days ago in parents

What does it mean to be called either! 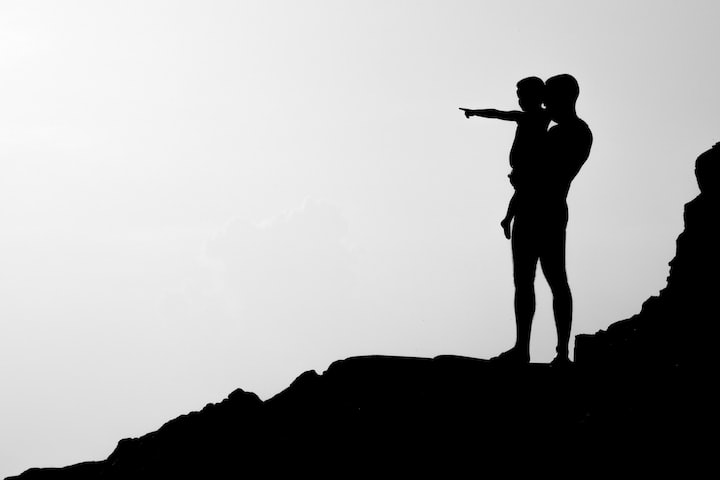 Is there a difference?

There are so many definitions and meanings of Father and Dad that you can find in any Dictionary, on google and any other platform to find the definitions or meanings. The Dictionary or Google don't do the words justice to what is actually emotionally felt when we speak about our father's or Dad's.

I'm sitting here and thinking to myself, what does both those words me to me as a parent? Can I be called both? Do I preferred to be called one or the other? what do you like to called?

Whether it be Dad or Father is there a distinct difference between the two? I believe being called Dad or Father is not the same and will have a different meaning for different people. I use the word 'Dad' but 'Father' seems to have more of strength behind the word than dad does. A lot of words come to mind like loving, loyal, caring, strength, warmth, etc. these are just a few words of what I think of when thinking of my dad. What are the words that come to your mind when you think of your old man?

I have been very fortunate that my old man has been there for me since the day I was born, so many other don't ever get the chance until later on in life or have to step up and be the father they never had.

Any man can lay down and make a baby and be called a dad but it's the active role you play in your child's life that makes the difference with being a Father or just Dad.

Personally I believe that being a Father or Dad comes down to one word and that is Active Responsibility! (maybe it's two words... but you get a sense of what I'm saying). This is probably the biggest difference between being just a ''dad'' and what it takes to be a father!

Being a responsible father is doing everything in your power to be the best possible version of a ''father'', do you always get it right? No, but we try again and hopefully learn from that situation for next time.... now I'm not saying that I'm the perfect father because I ain't never going to be but if hold high expectations for my boys then hopefully one day they will be even a better father than I was.

In 2010 my whole life changed, my partner (now my wife) then told me she was pregnant with the first of our three boys . As you can imagine I went through all the stages of emotions from being happy and excited to being anxious and scared for the first time in my life I had no idea what to do! I thought about my experience of what my life is like with my dad and how will I replicate that in my life now being a parent for the first time!

My journey along fatherhood is still going and it will continue to grow and mould over the years until my dying days.

I have shifted back and forth between both words trying to find what works for me and how I feel about being called either! To be honest it doesn't really matter me which one is right to be called, all that matters is they know who I am and what the role I have to play in their lives - an active responsible parent!

What really matters to you being called one of the other, both names or the loving relationship you have with your children/s?