by Annie Woo 29 days ago in immediate family 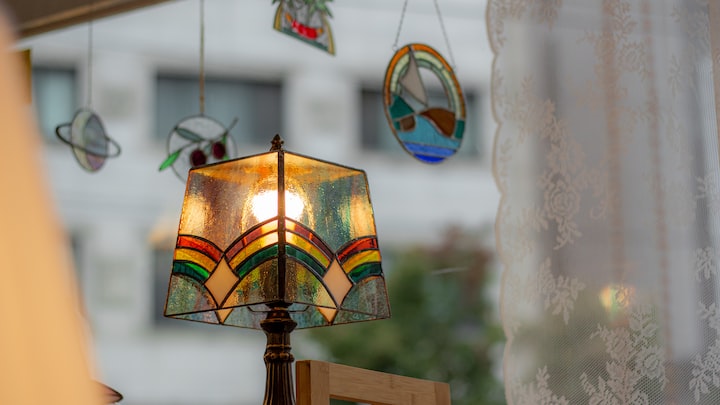 Photo by Ariel Kwon on Unsplash

Mom wasn't always in the mood for a bedtime story. But maybe if I won this youth violin competition, or did particularly well at the piano recital, I'd get one. My chances went up if other parents sincerely praised me in front of Mom. They weren't really stories so much as cultural proverbs. As a child I used to have whole stacks of these Chinese proverb story cards. They had a drawing on one side and the story written out in Chinese on the back.

One of my favorites is the story of a famous painter:

There was a painter so talented that anything he painted looked life-like, as if it were the real thing. One day, he was commissioned to paint a large mural of dragons. He worked day and night to finish the painting. But, when people finally came to see the finished mural, they wondered why none of the dragons had eyes.

The painter explained, "The eyes are the spirit of the dragon, if I finish the eyes, he will come to life." Disbelieving, the people challenged him to do it, and the moment he dotted the pupils, the dragons peeled off the wall and flew away into the sky, never to be seen again.

This story is the source of the idiom, “paint the dragon, dot the eyes” (畫龍點睛, huà lóng diǎn jīng).

Like many children aspiring to be artists, drawing eyes seemed like the coolest thing to start with, especially as an anime fan, and especially after hearing this story. Copious doodling in my elementary school notebooks was about the extent of the takeaway from this idiom for me as a kid. Well, maybe I was a little obsessive about eyes through high school (maybe I still am), as evidenced by my creative projects for language arts.

The Great Gatsby anyone?

Mom said that this story was a lesson about finishing what you started. If you left your work incomplete, it would never take flight. It's been kind of a life motto for me, something like "dotting your i's and crossing your t's" is a fairly close approximation of this idiom.

But some of the proverbs hit home a little harder than others.

Once upon a time, a thief wanted to steal a grand, expensive bell from a wealthy family. The bell rested inside the courtyard of their home and the thief waited until nightfall to make his move. The bell was too big and heavy to carry, so the thief decided to break the bell and bring the pieces back separately.

Gong, gong – the sound startled the thief badly, he didn't think it would be that loud. Thinking hard, the thief found a solution; if he plugged his ears, there wouldn't be any sound!

Stuffing his ears with cloth, he proceeded to smash the bell with all his strength. The sound woke everyone in the house and even all of the neighbors. All of a sudden, people flooded into the courtyard and the thief was caught. The thief finally realized his mistake, but it was too late.

This is called "covering one's ears to steal a bell." (掩耳盗铃 yăn ĕr dào líng.) I think the western equivalent would be to "bury your head in the sand."

As a child, I laughed and laughed at the foolish thief. How stupid of him to think covering his own ears would make the bell silent!

I didn't get it, not really. Not until shouts and breaking glass woke me in the middle of the night; not until I pulled the covers over my head and pressed my hands against my ears. Dad came home late that night.

Pretending something doesn't exist doesn't actually make it so.

Still, sometimes I wish I could go back to that time before I understood, when I could still laugh and laugh at the foolish thief.

Reader, editor, writer, has undying love for a good thesaurus.

See all posts by Annie Woo →