Dealing with My Mom's Death

by Rachael Dunn about a year ago in grief
Report Story

It still hurts, even now. 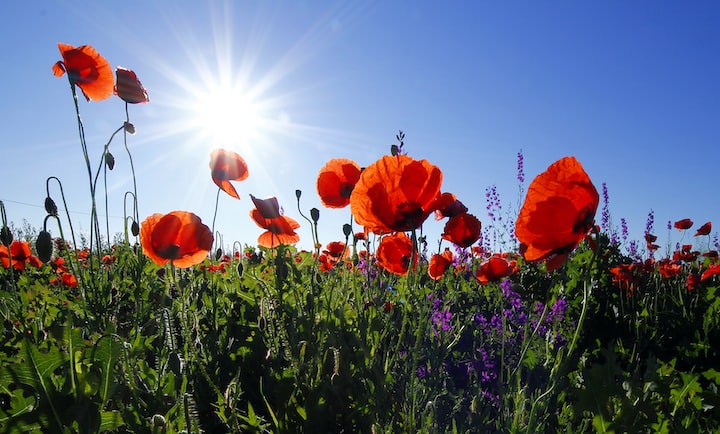 Photo by corina ardeleanu on Unsplash

On March 19th, 2017, my mom died. The cause of death was ultimately labeled as cardio myopathy, and it was no surprise. She had been in terrible shape, drank and smoked when doctors told her she shouldn’t, and had bipolar disorder that she frequently self-medicated with prescription pills that were not hers. The only thing that really stunned me was how sudden it was. I knew she was going downhill, had been for years, but I didn’t expect her to reach the bottom as quickly as she did. I thought there would be more warning.

It sounds like I’m callous but events will harden your heart after a while. Despite all that, I was still afraid when I got an alarming call from her long-time boyfriend, telling me to come over. When I arrived at her house, the coroner was already there. He wanted me to identify the corpse lying on the floor in an unzipped body bag. I affirmed that it was indeed my mom.

You know how when something awful happens in a movie and the protagonist sort of just falls down because they are so shocked? That’s not overacting. That really happens. Luckily my husband was there for me to hold on to.

Being the only child, it was up to me to take care of the arrangements and deal with her possessions. I set up a cremation and set to work sorting out her things a few days later.

While I was sorting through her clothes, I couldn’t help but remember our last conversations. I told her I didn’t want to talk to her if she was going to keep drinking, hurting herself, and having to be taken to the emergency room every few months. The last few years were hard and we didn’t see each other much. I would make plans to come see her at her house, she would cancel at the last minute and then later give me a hard time about never seeing her.

I had many reasons to resent her. The rest of my family was aware that she didn’t come to my wedding. That was common knowledge but one I never admitted out loud was how angry I was that she never read anything I wrote. She always forgot that I was writing a book and never once asked what it was about. I always tried to let it go, but the bitterness was always lurking. And it wasn’t about to go away just because she had died.

The clothes were finally packed up and I moved on to her papers. She kept everything. Bank statements, tax forms…even her old pay stubs from Playmate Video, a place that had been closed for years. Why did she keep every damn thing like this?

And then I found my old school journal.

I must have made that when I was in first grade. First grade! I flipped through it and found drawings, cards I had made her and poorly written journal entries, all written on that lined paper. You remember the lined paper. Really thin, kind of yellow?

There was an entry on seeing a puppet show and then another on visiting Wildlife Prairie Park. They were all very cute but after a while, the journal entries changed. I think I decided to freestyle and make up stories.

I must have really liked buzzards because that’s wrote about for a while. Later, I wrote about being in Florida and surviving a wolf attack thanks to my puppy. I wrote about how a polar bear saved her cub by heroically diving into the freezing water. I wrote about so much made up stuff, even back then.

I slumped down among the piles of papers and kitten knick knacks once the realization hit me.

Never read your work? Bitch, she was your fan before you could even spell.

Going through all the old photos and cards, I could see how she took pride in every goofy little kid thing I did or made. It reminded me of a time when she wasn’t in such a bad state, when she wasn’t crippled by anxiety, depression or addiction. Back then, it was us against the world, and she didn’t just do the best she could.

She made sure that I would always remember that she loved me more than anything.

More stories from Rachael Dunn and writers in Families and other communities.