Dad Watching: The 13 Breeds to be Found at Playgroup

by Christopher Donovan 5 months ago in parents

An introduction to the joys of father-twitching 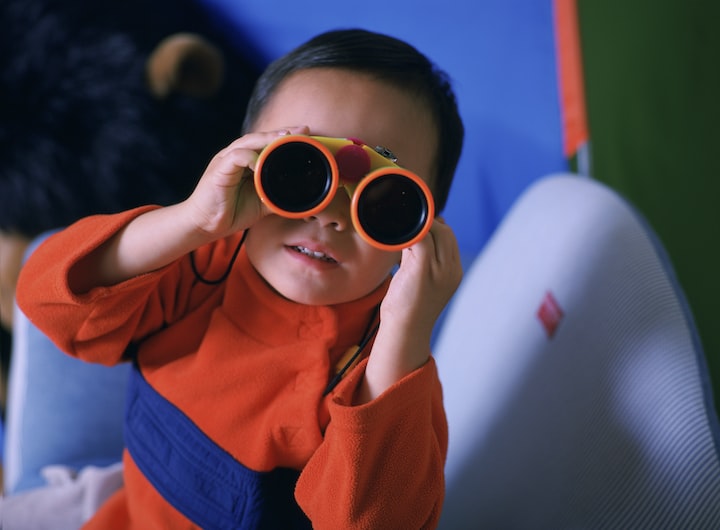 Photo by Doun Rain AKA Tomas Gaspar on Unsplash

Playgroup - the place where parents take their children because everywhere else is either closed, too far away or too expensive.

However, it's also a fascinating setting. Go to enough and you begin to see the same characters appearing again and again. Especially the dads.

Based on my five years as a househusband and primary caregiver, I've assembled a list of the primary breeds of fatherhood you can expect to encounter in the various draughty church halls and sports centres that - for a few hours every week - are transformed into a toddler's paradise.

Loves every minute of being a father - can actually be found smiling. Has a well-kept beard and nice shirts. Drives a vintage Mercedes. Probably in a band. Has been to Macchu Pichu. His stories are funnier than yours. The women in the group adore him. Avoid.

Asks if you could watch his child for "five minutes" - reappears an hour later reeking of cigarettes. Claims he used to be in the Army. Looks like he lives in a shopping trolley. Probably drinks Scotch whilst on the toilet. One taco away from a coronary.

His wife knows your wife, ergo you are now friends. Does something in finance. Sensible hair. Talks a lot about sports and the weather. IQ of a cashew nut. Your children detest each other.

More interested in your child than his own, and plays with your kid more than you do. Food stains on his chinos. Works for the local council - vermin control. Has a moustache. The women in the group are scared of him.

Like to say, "I'm not racist but…" Uses words incorrectly. Always sitting with arms crossed. Although the details forever remain unclear, he likes to regale the group of his encounters with famous people who all left him unimpressed. Your child once kicked a soccer ball at his groin - you and your offspring both laughed.

You attended the playgroup for the first time on the same day - now you are bound by a bond neither of you understands. Has nothing in common with you. A possible drug dealer with a high likelihood of having been in prison.

Preppy. Tries too hard. Desperation pours out of him like chocolate spewing from a malfunctioning party fountain. His child is regularly left unsupervised whilst he tries to inveigle himself with the other parents - his kid once ate a pack of chalk while his dad was buying everyone coffee. Has a wife and older child at home who both hate him. Dreams of being a life coach - won't happen.

Permanently clad in workout gear. Says he does ultra-marathons but has a club foot. Never pays for coffee and has not said anything interesting for the past decade. Their child is a psychopath and of indiscriminate gender.

Begrudgingly forced to assume childcare duties. Resents it. Resents everyone. Golf jumper. Never speaks to you - his child never speaks to him. Has started working on his plan to run away to Grand Cayman, and live under an assumed identity: Counterfeit passport already purchased. Brings his own coffee in a travel cup - widely despised for this.

Older gentlemen. Paunch. Wears a tie. Everyone is uncertain about which child is his. Smells like a damp dog. You are always surprised at his presence each week - the Reaper must have a lot on.

Vegan. Dreadlocked. Wears combat trousers and Vans. Brings his own green tea. Smells like the 1990s. Their child has immaculate manners but is dead behind the eyes.

The Not From Around These Parts

Eastern European accent. Could be any age ranging from the early 20s to the late 60s. Polite. Buys others coffee. Huge forearms. Has definitely killed someone - either with a poison-tipped umbrella or a garrotte. Offspring is friendly and plays well with others.

Only attended playgroup once. Bought you two coffees - two. Had a lovely chat about a range of subjects. Told you a joke that made you laugh. Your children became best friends and you began considering what the bridesmaids at their wedding would wear. Never came back again - you were more upset at this than you would have been if your wife had said she was divorcing you.

The Sarcastic, Judgmental Know-It All

Oh crap - it seems that one is me.

If you've liked what you've read, please check out the rest of my work on Vocal, including my Top Story: