by Rui Alves 2 years ago in grief
Report Story

Will we prevail during humanity's longest night? 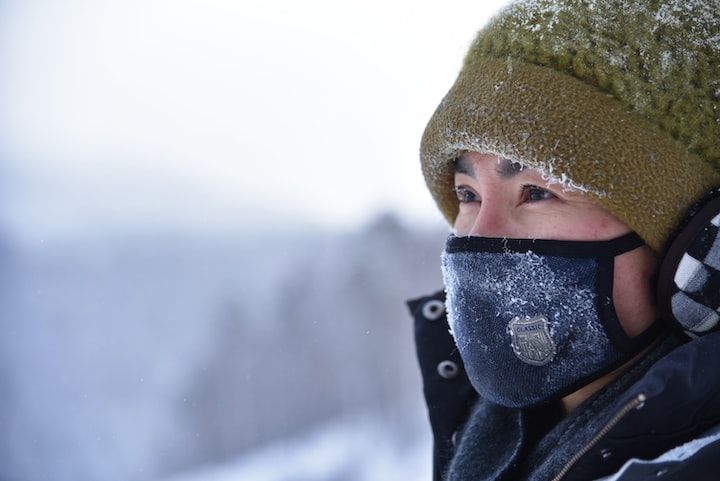 Photo by Arisa Chattasa on Unsplash

Summer has faded away, as blue skies turn gray. Winter is coming, and the pandemic night “may be dark and full of terrors.” But, the world is still our oyster, and together, we will stand our ground. The virus shall not pass, and humanity will prevail.

October ends with tragic news, as the COVID-19 death toll raises to dire numbers during the second wave.

The crisis forced us to take action not as individuals, not as a nation, but as a People. We band of brothers standing shoulder against shoulder, one worldwide shield wall guarding the world of men against our new Nemesis.

A dirge for the ones we lost

I promise to honor you and keep your memory alive. You are more than black numbers on white paper. You are our fathers and our mothers, our sisters, and our brothers. Now that your fight is over — as the long night gathers — we fall behind to guard the world of men against the Grim Reaper.

You are all the line of my people back to the beginning!

I hear you calling my name to take place among you in the Great Hall. One day I will join you and feast in celebration of our victory.

This is not the time to mourn! This is the time to pick up the battle-ax and fight on. Even if we haven’t been able to prevent the grim tally from rising to this unthinkable milestone, we should not forget that this is still the land of the living!

Thus, let Sir Winston Churchill’s voice, during the aftermath of Dunkirk, reverberate in our hearts:

Unfortunately, until now, only the fallen have seen the end of war, as numbers keep tallying up during the worst pandemic in a century.

Tedros Adhanom, WHO chief, confirmed during a high-level United Nations event in Geneva, that “the real number is certainly higher” than one million. The WHO has also reported scenarios showing how the death toll could reach two million before a vaccine is available.

Meanwhile, the US has the world’s highest death toll, with about 205,000 fatalities, with over seven million cases recorded — more than a fifth of its total. Brazil follows the US with 141,700 and India, with 95,500 deaths.

Some analysts have an even gloomier approach, estimating how figures may be closer to two million and surpass three million by the end of the year, thus ranking COVID-19 among the world’s worst killers.

Unfortunately, numbers are cold as ice, but the pain is real. Thus, by the end of the war, most of us will have lost at least a friend, someone we hate, or someone we love. No matter who we lose, it will always be a heavy burden to bear.

In Memoriam of my Grandfather

One year ago, we lost the patriarch of our family. He was born in Portugal during the Great War, on August 26, 1917.

World War I had an overall negative impact on the Portuguese fragile economy. A small nation on the outskirts of a ravaged Europe, Portugal faced a permanent state of economic crisis aggravated by the conflict.

Last year, my grandfather was one of the last men alive who had known one of the darkest periods in Human History — the four Spanish flu waves, from February 1918 to April 1920.

The 1918 influenza pandemic was the most severe in recent history. It was caused by an H1N1 virus with genes of avian origin. Although there is no universal consensus regarding where the virus originated, it spread worldwide during 1918–1919.

In Portugal, the disease’s epicenter was the northeast, in line with the high death toll in the neighboring Spanish provinces.

Curiously, COVID-19 first wave showed the same pattern with the northern provinces facing an excess of cases while, for instance, the Portuguese islands were less and later affected.

In 1917, my grandfather was right in the “hurricane's eye,” as my family originates from that area. Being just a toddler, he was among those who suffered the most. The Spanish Flu claimed my great-grandparents and left him an orphan.

After, from 1961 to 1975, he survived the seventh cholera pandemic that reached Portugal in the aftermath of the Carnation Revolution (1974), claiming 48 lives with 2467 registered cases.

He was a strong-hearted and sturdy little man that always had a story to tell and a witty smile on his wrinkled face. He was a teacher, and he loved lecturing on various topics, mainly about Politics and History.

Eventually, his lungs failed, and he passed, a victim of chronic respiratory disease. The last patriarch had left us, and it was like an enormous void had engulfed my life, as he was a living memory, a window on times past.

Months later, another pandemic struck, claiming older adults above all.

I told you about my grandfather because he was a symbol of resilience against all odds. He became an orphan in times of war, disease, and economic crisis, but lived to be over 100 years old. He knew two centuries, several pandemics, and four generations of offsprings.

We all stand on the shoulder of giants like my grandfather and other exceptional men and women throughout humanity’s history.

They restore our faith in humanity’s potential to halt and start pushing back the COVID-19 pandemic before Winter ends.

“Unable are the Loved to die

For Love is Immortality”

This story has been proofread by Grammarly. Please follow my affiliate link and let's improve our writing together!

More stories from Rui Alves and writers in Families and other communities.