Can We Drop the Evil Mother-in-Law Trope Already?

by Nicole Correia 3 months ago in married
Report Story

Maybe This One Needs an Edit 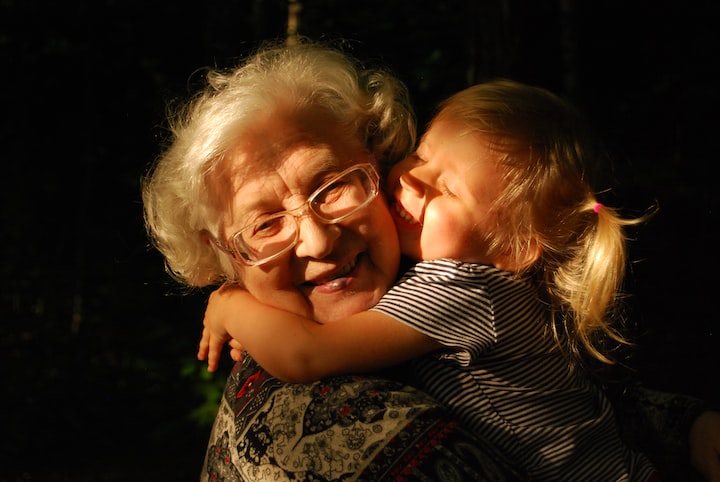 Photo by Ekaterina Shakharova on Unsplash

She is the stuff that nightmares are made of. A creature so fearsome that she is the butt of jokes at weddings, a prediction of the woman we are all terrified of becoming. The mother-in-law.

When you think of the archetypal mother-in-law caricatures there are few deliberate ones that come to mind. Doris Roberts as Marie Barone in Everybody Loves Raymond is the epitome of the over-bearing, insensitive, intrusive mother-in-law that we all dread. Dee Dee gets noticeable mention in a modern take on the character in Modern Family. Mother-in-laws are so vilified that Jane Fonda and Jennifer Lopex even starred in a movie called where the two women stage an all out war for the affections of one man.

The evil step-mother character has a clear origin story in Hera, the Queen of Mount Olympus. Hera, so enraged by her husband Zeus’s “chronic mishaps” with human women on earth which led to the birth of demi-gods, sought to destroy all of her husband’s children by putting every possible obstacle in their way. Fairytale writers and Disney carried on the torch with the evil step-mother in their stories as well, but the origin of the evil mother-in-law is a little bit more hazy.

The idea that mother-in-laws are all, by default, invasive individuals who love their children so much that they are incapable of allowing them to make their own adult decisions is a trope that frankly is outdated and unfair. Are there toxic in-laws? Of course there are, but there are also countless examples of people having toxic relationships with their own parents. If you have a mother-in-law who constantly criticises you, corrects you on the way you clean your house, what you do for a living or how you are raising your children the problem in that scenario lies not with the mother-in-law.

That is an issue you have with your partner. If you are constantly fielding criticism from in-laws, that is a foundation that you need to establish with your partner. That doesn’t mean you can’t stand up for yourself, but if you and your partner do not have a united front the cracks will be apparent, and they will be worn away with a chisel.

Boundaries. They are fantastic. They are difficult to set, hand to enforce, and perhaps the worst of all is the ridicule you will get for setting them. Some of this ridicule comes from people who parented in a generation entirely different than our own. The best criticisms come from people who aren’t parents of course, but that is a topic for another day. I do not budge on my children’s sleep. That is the non-negotiable for my husband and I. Naps are not skipped. We are home for naps and bedtime. My husband comes from a culture where sleep routines are simply not adhered to or prioritised. While we have received flak for that, he and I stood as a united front and established those rules for our family. You know what happened? Our parents all respected it because we set that boundary, even if they didn’t understand it at first.

There are elements of parenting that are of course lost in translation when we join families that come from cultures that are different from how we ourselves grew up, but that doesn’t automatically mean they are bad or wrong. In fact, it’s kind of the best of both worlds because you can choose what elements from each culture work for your family and adapt them. The mother-in-law is often the lynchpin to that culture and expectations and is therefore essential to passing them on.

I parent differently than both my mother and my mother-in-law. That doesn’t mean that either of them parented wrong. They did the best they could with what they had and what they knew, just like I am now. Sure, we have access to more information regarding nutrition and sleep safety that our mothers and mother-in-laws did not, but for the most part, I still have no idea what I’m doing most days and I imagine both of those women felt like that as well for most of our childhoods.

My mother-in-law is a wonderful woman. I know I am lucky. We don’t even speak the same language most of the time. We have our own version of Spanglish that we use. She takes care of my baby twice a week while I am at work. The reason this works is because she respects me as my own mother. I know that both she and my mother don’t always understand or agree with everything I do as a parent, but they don’t undermine me when I parent in front of them, both good and bad. The whole idea of a grandmother who spoils her grandchildren rotten, allows them to behave like brats, stay up as late as they want and eat a sleeve of Oreos for dinner has not been my experience.

It’s funny how the relationships between women are the crux of our lives. We are always asked about our mothers in therapy, we then continue the troubled dichotomy of womanhood when being pitted against our mother-in-laws as adults. Why? Why do we do that? This assumption that there will automatically be a struggle with our in-laws, like a lot of the pre-2020 world, needs to be a trope that is re-written.

As difficult as it may be to fathom right now, we will also be that mother-in-law one day. I don’t want my child-in-law to automatically assume that I will be the monster that hinders their own attempt at parenting. I hope they are better than me for the sake of my grandchildren. I will pause when I question my own children’s decisions as a parent. I doubt that I will agree with every decision they make, but they are their decisions to make. When they set boundaries I will help them hold it, because if I teach my sons anything it is to stand up for themselves, to know when to speak, when to listen and to be confident in themselves as they stumble their own attempt at being a parent. I hope I learned how to be a mother-in-law from mine, and from watching my mother with my husband. As we re-examine our lives in the brunt of the pandemic, maybe this is a stereotype that deserves an edit too.

Between being a parent and a teacher, I see things that thrill and terrify me on a daily basis. So, I decided to start writing them down. This resulted in two self-published books and a random assortment of ideas I started saying out loud.

Nicole Correia is not accepting comments at the moment

More stories from Nicole Correia and writers in Families and other communities.