by Tracy Branstetter 7 days ago in humanity 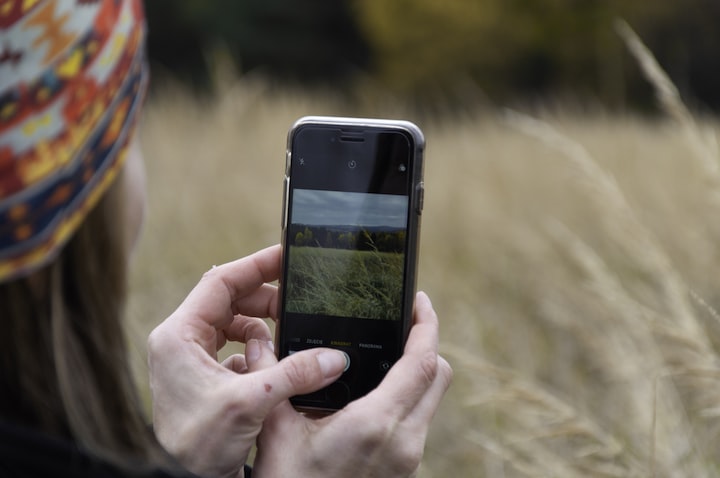 Photo by Karol Kucza on Unsplash

This article isn't for the people over 50 like myself that remember what it was like before there were cellphones. This is for the moms, dads, kids, friends, and everyone in-between that grew up in the cellphone generation. You know, those of you that go on Facebook and post pictures of your kids and your meals and have at least 100 friends. The people who live an active lifestyle and know how to post a selfie.

Don't get me wrong, I post selfies. I post pictures of my Baby Yoda dressed up in cute outfits on adventures. I can crush some candy like it's my job! But, I also remember what it was like to talk on my kitchen phone and have that extra-long cord that you could stretch through two rooms for privacy only to have you mom pick it up on the other end and tell you to "Get off the phone!"

The problem we have today is that you can't stop telemarketers from calling you even after you "push 2" to be put on their Do Not Call List or they spoof numbers from your area to seem like they are a local call. Once we started to figure out these tricks, we started getting t0o frustrated to answer any calls and refused to answer a number we didn't know.

Then somewhere along the way came complete inhuman decency. TEXTING YOUR PARENTS!!! I don't know when or where this meeting happened, but if I ever find the little bastards that led this charge I will find my grandma's spatula and take it to their hind ends.

For all the times I had to hear "mom, mom, mom, mom....look, mom, mom" when you were growing up, you have the nerve to answer me with a TEXT that says, "what up?" when I call you? For the love of all that is holy! I ought to drive the 9 hours to your house and slap that phone out of your hand. Note: make plans to go visit Zac.

Oh wait, but there's more! He has a brother. This one took an hour to call me back after I texted "call me 911".

What was the emergency you ask? Their father drives a hazmat truck and started having such extreme pain in his stomach and side that he drove himself to an emergency room an hour away from home with a load of chemicals on his truck. This is a man who hasn't taken a sick day in over 20 years. I was terrified.

So, then the second son finally calls and I tell him his dad is in the ER and I need him to come to get me so we can go to the hospital. He is only 10 minutes away and I am relieved. In a future story, I will tell you why I ended up LIVID because he and his girlfriend got in a fight and it took him over an hour to get to my house. Do the youth of today even have priorities?

While I was waiting for him and wondering where in the hell he was, I called him at least three times only to have him text me 5 minutes before he got to my house to say "almost there". Really, where the hell have you been? I have no idea what is happening with your father. I am freaking out! All I want in the world right now is for one of my kids to answer their phone.

The saddest part of this story is that this is what happens every day in society. I have seen it more times than I can count. People have become so desensitized that they have lost simple respect and human connection when people need it the most. We offer empathy and prayers over Facebook rather than going to visit with somebody. We don't answer our parent's calls. Rather than just be kind and genuine to the people around you, you get involved in a "movement". The truth is always the same, real change starts at home. When your parents call, Answer the phone...it might actually be important.

I am a wife, mother and grandmother. My life has been quite an adventure and I always felt I had many stories to tell. I have made it through all of life's ups and downs with humor and learned a little something along the way. Enjoy!

See all posts by Tracy Branstetter →