A Master of Her Own Words

A story of speech-language pathological disability along with its inevitable depression turns into halt by a good soul. 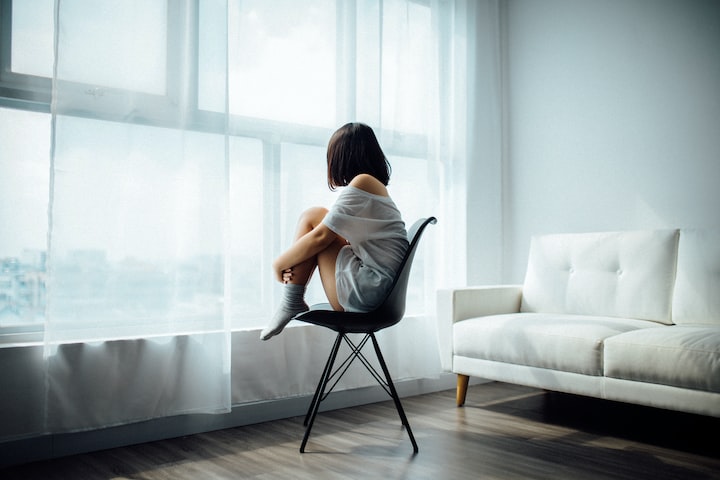 Sarah Cooper was born with a disability that she hated since she was able to crawl, walk, hear and talk. Since kindergarten she was most of the times left or rejected from the circle of students in her class. Her only proud and cherished moment was when she was recognized for her best and excellent end of year results where the whole class was ordered to clap for her. She could not have a sincere and single friend for her emotional, psychological and mental support. But all changed from the day she met John Carnegie, her senior and mentor in public speaking. She was fighting hard against her long-lasting disability as she was desperately forlorn about it, the speech-language impairments.

Both her mother and father were working parents who strived to raise their only child, born to them in their early forties. Fear, uncertainties and far-sightedness were highly observed and predicted since they had first held Sarah, their princess whom they cuddled with kisses. Sarah felt enraged and broken most of the times but her self-confidence always uplifted her to stay focused on her handwritten objectives that she had neatly plastered on her wall near her study table in her five by five square bedroom. “Ohh, it’s another awful day to face the tongue twisters pro at school”, lamentably thought Sarah as she got down from the black Audi of her mother. She took a deep breath and entered the school compound. From the corner of her eyes she could blurrily see a crowd of students near the canteen gathering near Samantha, the communication expert in the class, talking nonstop to Edward, the most handsome guy of the class.

She barely concentrated in the class the whole day and once she returned home, she ran up the stairs to her room in the first floor without greeting her grandparents. She buried her teary face in her wonder woman embroidered pillow. Alarmed, her grandfather weakly climbed up the spiral staircase to enquire about his grand-daughter sudden aloofness. Hesitantly, he opened the door feebly and saw the dreadful mess in her room. Visualising this havoc, he delved into his teenage memories and clearly identified that she was going into the same turmoil.

Holding firm on to his wooden support, he patted her shoulder and calmed her affectionately. “Hey sweetheart, don’t be disheartened, I know what you are feeling right now. I was in the same state as you several years ago.” Both of Sarah’s eyes enlarged in size and she turned her face towards him. “Really grandpa.” “Yes, yes, don’t worry, I know someone who will train you to be the best speaker in your college.” She immediately wiped off the beads of water from her temple and underneath her puffy eyes. “So, it’s done, tomorrow at seven o’clock, get ready to meet your mentor, John, he is my communication manager and the Toastmaster best speaker for five consecutive table topic sessions.”

She was filled with happiness just like a glass filled to the brim with water. She failed to even doze off that night where branches and leaves of the clinging shrubs enacted plays on her pale blue curtains. Suddenly, a loud voice trailed off from downstairs till her room since her night lamp reflected a dim light towards her father’s study room. “Go to sleep Sarah, its past midnight, otherwise you wouldn’t be able to make it to your most awaiting meeting.”

Obediently, she cuddled herself amidst the pile of opened, closed books, best-selling novels and buried her face on her pillow till the first ray of sunlight forcibly pierced the thick curtains, directly beaming on her pale skin and completely ruined her sleep. Wrin…..gggggggg, the alarm clock reverberated and she unconsciously rose to her feet, fearing that it’s already late. “Oh, my God” and off she strutted away in the bathroom. She pulled on her nicest slim beige jeans and a brown cardigan and raced down the stairs four by four. She nearly went into collision with Mathew, her butler whom had difficulty walking due to old age.

“Good morning everyone.” All heads rose in astonishment and Mr Alexander Cooper, Sarah’s idol and father teasingly pulled her legs: “Why your cheeks are so rosy, is it because of the weather outside or your eagerness and impatience to meet John.” “Oh, come on now dad, its nothing like that.” After eating a healthy breakfast, her grandfather wiped his mouth and hand in hand, the duo climbed into the car, heading to Ponticci Avenue, John’s house.

John welcomed them in his library with a huge book bearing in capital letters the words SYLLABLES: YOUR NEW TONGUE TWISTER BUDDY. The old man left Sarah to the care of her tutor and headed into the backyard. She was a bit shy as well as timid in the beginning but as days went by, she became intrigued to explore the huge universe of communication and speech and her difficulty level in class had apparently disappeared which indeed baffled her classmates and teachers. In a month time, she had worked hard to attract an assembly of audience and she got herself enrolled in her local toastmaster club, befriending the golden and highly experienced communicators, her gurus. Since that day, she had never once failed to thank her late grandfather who had acted on the nick of time to spare her from the jaws of bullying, depression and isolation.

Kawthur is a communication graduate and currently lives in Mauritius. One among her main hobbies and passions include metamorphosing the daily happenings into satirical stories and poems.