A letter to my son

When you're old enough to understand... 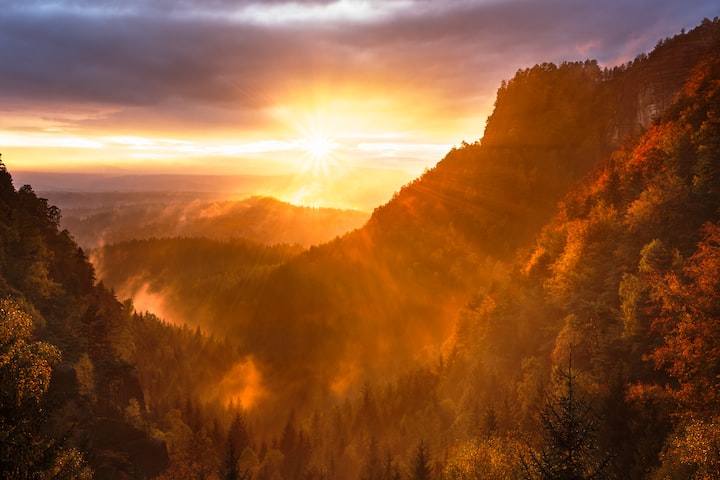 Writing to someone I'm hoping gets to receive my wisdom and knowledge because it would've been greatly appreciated had my father done the same and granted me half the information, I'm willing to share with my unborn child. I'm thankful for the people God did bless me with to receive the knowledge I do possess.

Son, your dad is 26 in the year 2017, and life has thrown numerous curveballs at me up to this point. I'm batting a perfect 1.000 and by baseball's standards, that's perfection, but that's only because I'm Alive, well, and of a sound mind. If you haven't already picked that up, it's a baseball reference son, if for some odd reason, you turn out not to like sports. I'll love you the same lol. But I do hope that by the time you become an adult, times are better than what I'm currently experiencing. Specifically black men in America. Times aren't as tough as they were for my grandparents and parents but there will still be numerous injustices and stereotypes left for you to overcome. I pray and hope that you only have to deal with half of the crap I've dealt with in my lifetime up to this point. I can promise you that you'll have the absolute best support system a kid could wish for growing up. You'll have amazing uncles and aunts, godfathers, and cousins that will have plenty of embarrassing and cool stories to tell you about your parents. I will do my best not to completely shelter you but, I will Overprotect you. Much like I've done with everyone I love and hold near and dear to me. You will undoubtedly face uncertainty and become quite acquainted with second guessing yourself. But those things are ok, I don't want you becoming comfortable with fear or quitting. Notice I didn't say failure, because failure happens, in fact my best lessons came from failure. It will be enticing to sit back and let things happen as they may, but I highly advise against that. I've done that far too long in my own life only to sit back and wish I would've taken life by the horns and did things my way. When you want something bad enough, you'll have to fight for it five times harder than your peers and with less room for error. I wish I could promise that you won't have to deal with racism, unjust criticism, or overwhelming pressure to change the world every day. It's what I deal with each day, even in 2017. It's the optimism in me that wants to see everyone win and do great things. I don't want you to feel that burden but if you're anything like me, it will happen without even thinking about it. I pray and hope that I'm there with you each step along the way.

First lesson I want you to know: the world is not a constant variable and is always rapidly changing. As you grow older, I will strive to make sure you grow up as a man separate of worlds ways, but knowledgeable of the inner workings of society. I would never want you to be burdened with trying to fit into a society as unstable as this one, and I can only imagine how much more change is to come. I want you to stand out and find yourself however that may take place. I will urge you to possess a keen social awareness because you will have to deal with stereotypes of varying degrees because of the American culture you will be a part of. You will smash through walls and set new boundaries previously set by our forefathers. I live in a day and age where barriers are still being shattered and there are still "firsts" occurring even in the 21st century. Our country just closed the book on the first black president in this nation's history. It's not to shock you or provide a sense of hopelessness, it's to empower you and encourage you to unleash that inner potential and reach far beyond the stars. We are descendants of true royalty and that's not to say we should become entitled or spoiled, but to remember not to settle for scraps when the world can be your oyster. (Dads not fond of oysters unless they're fried lol) I won't need to bring up all the history of what your ancestors have had to fight against to rise because an oppressed culture can't fully break through if they continue to focus solely on the pain of the past. Don't forget it, but don't dwell on it either. Being informed and urged to progress will he the ways our culture will strive and flourish in the future.

Stereotypes will be a major part of many of your struggles and successes. Ever since I can remember, I was always the biggest kid amongst my peers and the way our society is wired, big kids are either bullies, softies, or dumb. I constantly faced scrutiny and disregard by peers, staff, and other adults until they took a moment to realize the type of child I was. It was early in life that I learned that I'd either be written off or be backed into a corner. So I was always out to prove to the world that I'm no mistake and I'm not just another statistic. Even as an adult, the world's view of me is that of a large intimidating black male. Nothing more than that. First impressions have gotten me far in life and I feel they will do the same for you. My intellect, character, charm, personality are all immediately disregarded and it's saddening that our society operates this way. But tough times don't last, tough people do.

So I write all this to say hay I want you to always strive for excellence because society won't expect it from you, but that doesn't mean that I'll accept society's standards for my son. That turned out to be my greatest motivator because I was counted out before the battle even began. Don't let these setbacks turn you into such a cold-hearted person like I allowed it to happen to me. There are great people waiting for you to walk into their lives and that can't happen if you try to shield yourself from everything. I did it to myself for far too long and nearly missed out on the very blessings that will ultimately bring you to me. I'll be there with you every step of the way, never doubt that.

I love you son.

One soul. 2 personas. A constant battle wages to ensure both have their moment in the sun. Calculated and rational versus bold and brazen.

The pieces presented will illustrate them both, I'll let you determine which one you think it is.

More stories from Perplexed Ponderer and writers in Families and other communities.