A Day Late But, A Dollar Over

by EJ Baumgardner about a month ago in parents
Report Story

Ode to the Pain of Not Knowing You 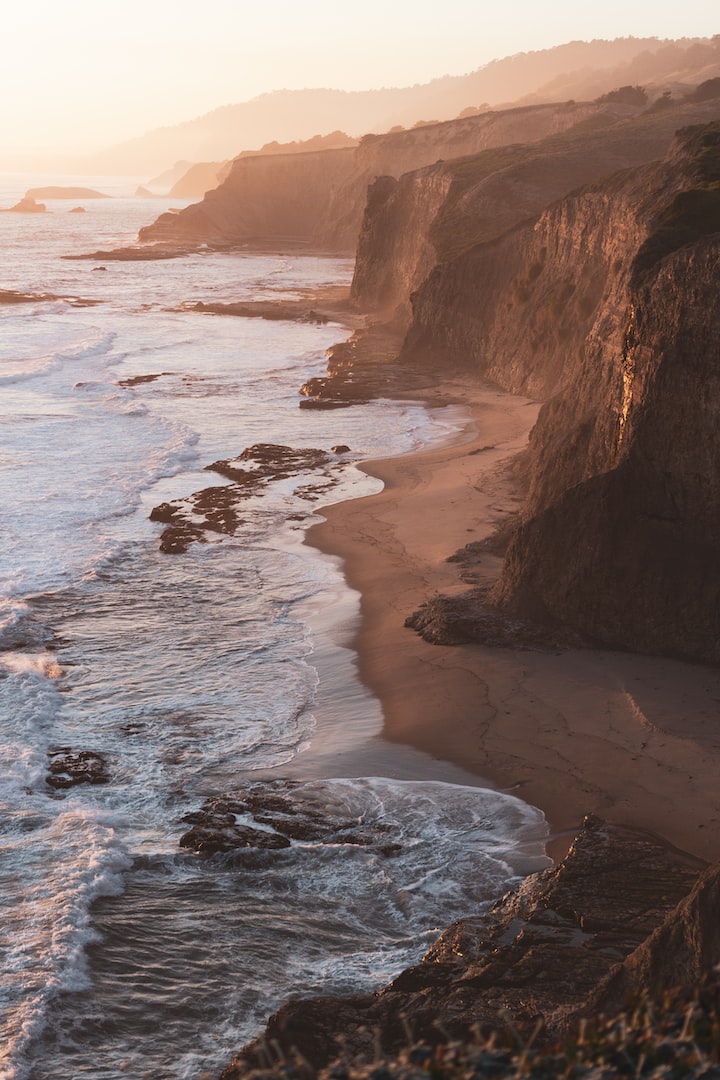 Photo by Craig Melville on Unsplash

You are the hero I have always needed. You are the sort of person I aspire to be. Kind, caring, compassionate, thoughtful, and brave. You are so knowledgeable about so much I once thought I understood but find myself confused by as time passes. The older I grow, the more I realize how often you’ve been right all along. I wish we could have had more time together when I was growing up.

I missed you so terribly throughout those years; more than my little heart could bear. I didn’t understand why you and Mom weren’t together. I couldn’t. I always wished she was married to you, instead of him. He wasn’t a good dad to us. A lot of bad things happened. I’ve tried to leave the memories behind me, but I know they’re still there. I’ve buried them in a deep fog. Some seem ever ready to leap from the mists and shadows, waiting to remind me of the things I have done everything I could to forget. The harder I push them away, the closer they come.

I don’t blame you. From what I remember, neither did Mom. She didn’t think very highly of you, but she was never vindictive. I think she just wanted to find a good life for herself and her children. We stumbled through, as best we could. It took me a long time to realize she was just lost and hurting, trying to navigate society with three kids in tow. Even longer for me to understand just how difficult that could be.

I have learned so many lessons over the years, and I know I have many, many more still to learn. Having my own children, I can’t imagine the pain you went through for us. To be divorced from your wife, know your children are being abused, but unable to act. That must have been a nightmare for you. Your visits were restricted to rare occasions for so much of our young lives. I cry, just thinking about it. My kids are my whole world; I couldn’t bear to lose them.

Now that we know one another better, I am so proud to know that I am so much like you. From the goofy nature, or musical inclination, to the wacky and wonderful way my brain works. And we seem to have similar values, though you never taught them to me. I think, you passed them on, somehow.

We cling to things, don’t we? Hold onto something and pray that it will pay off. And, when it doesn’t, we just let it go in frustration. Perhaps, we should learn from that. I hope to, one day, find a career doing what I love.

Did I ever tell you about my short-lived time as a local rockstar? It was one of the best periods of my life. There was nothing better than being on the stage and playing my heart out.

A good crowd could give back just as much energy as we gave to them, dancing and cheering as we played. The hot, bright, colorful, flashing lights that danced in time with our music kept me blinded, freeing me up to act however I wanted. I guess, they tricked me into thinking no one was watching. The music that rocked my soul, moved through me, and blasted the venue. It was like we were power-washing bad vibes away. It all came together for the most incredible sensations of my life. Performing was the most intense ride of my life, so far. I even loved the cooldown afterwards, where we packed up our stuff and went home. I could have floated off, glowing with the exhaustion of the show, as we drove along the streets of the metropolis.

When it was good, it was incredible. When it was bad, it was stressful. I can recall so many of them as I look back now.

Our best show had to be either the very first gig, or the one where we played for a girl’s rock camp. Our first show was part of a hyped-up 11 band gig that had the place crowded far beyond the maximum occupancy. We tore that coffee shop to pieces. Figuratively, of course. It’s important to respect your venues.

The girl’s rock camp was a summer program that happened over a weekend, I think. I don’t really know. We only played there once. The crazy thing is that we had just lost our regular drummer because she was having serious issues with her personal life. So, we’d had this mad scramble to find a drummer and practice with them for this gig. And then, they canceled at the last minute.

A friend of a friend saved the day and filled in for us, and it was incredible. She could blast beat like I’d never heard before, and her power just drove us. On top of that, the kids asked us questions in between songs about what it was like to play. That was fun. They were insightful. The best part had to be when they just all started dancing to our music. That was the most engaged audience I’d ever had. Where adults tended to hop awkwardly until the group got big enough, these girls just all started dancing on their own and didn’t join until later. It was so much fun.

The worst, by far, was the time I got left at the venue by accident because I was trying too hard to get this girl’s number. It was the same venue as our first show, even. Both cars thought the other had me. My bass was already tucked safely in the trunk of our lead singer’s car. I came out to the parking lot, unsuccessful in my endeavor, and saw that I didn’t know any of the cars there.

Of course, I had forgotten my phone at home on the charger and couldn’t remember any numbers except my own; fat load of good that did me. And my roommate was on the road, having needed to leave in the middle of the show, and wouldn’t hear my phone ringing at home. I couldn’t call anyone I knew. I didn’t own a car, and most of the people leaving were biking or taking public transport. I had no cash, so I walked home.

Luckily for me, I had already been prone to walking the streets of Minneapolis regularly. I think I get wanderlust. I know you like to walk too. Did you ever get lost in a city, Dad?

I was quickly lost. I had no idea where I was going. I saw sides of the city I never knew existed. At least, they had just put in that new Viking Stadium downtown. I hated that thing, it’s just so ugly. But it was a recognizable landscape. I was able to orient using the stadium and discerned the general direction I needed to go. From there, I wandered for about two hours until I found a bridge, I was familiar with, and then I knew I was only a few miles from home. It took me at least another hour and fifteen minutes to get there, though. I couldn’t imagine having done that while carrying my bass. My arms would have gotten so tired, and I would have probably broken down and cried a few times. At least, I hadn’t forgotten my keys.

My roommate was relieved to see me but thought I had gone home with someone else. I never went back for a number again. I also make sure I have my phone before I leave my house.

The band never really took off, though we were starting to gain traction. I blame myself for us breaking up. I have always had an addictive personality. And I had gotten into some hard drugs before the band really took off. Things got bad, I was always using, and never getting what I wanted from it. I even wrote a song about that. We played it a few times, until our lead singer learned about the double entendre and said she was uncomfortable with it. Things got so bad, that I accidentally overdosed before practice one day. My bandmates saved my life that day. They took me to where I was staying and threw away the drugs. Then they took me to my old roommate’s place; I had moved in with my (now ex) and they got me taken care of. I owe them so much. I quit the band out of shame, feeling like I had betrayed and failed them all. I heard they fell apart a few months later. Shortly after quitting, I packed up my stuff and asked you to help me move out to Colorado.

That was where I met the love of my life. I still don’t know what drove me to do it. I just knew that I needed to leave, to move out-of-state. It was a desperate need of an urge. And then, in just a few months, I was deeper in love and in the most stable relationship of my life.

I like to think that it was destiny, or fate. I’m not sure, though. I think I got scared and bolted when things got difficult where I was with the band. I couldn’t make romance work, and I was so lonely. So, I ran away from those problems. That was a big part of why I got into the drugs in the first place. I wonder what might have happened, had I not listened to my gut and fled. Would the band have stayed together? Would we be on the radio?

Sorry, this got away from me. What I meant to say is that I have treasured the impact you’ve made on my adult life. Hearing you talk about your stories, living your life without fear, I want to be like you. And, I guess, I did it for a while. I had a small taste of courage.

I have always known, if I ever lose hope, that I can look to you. That’s why I asked you to rescue me. I know that I have your support and your love, and I couldn’t ask for more. I should have gone to you when I needed to get clean.

You know, I named myself after you in a way. It’s only a middle name, but I love it. Erica Jordan just sounds so pretty, to me.

Thank you. Thank you for being my dad, though it would have been easier to walk away. Thank you for choosing me. I hope I can be half the dad you are.

A writer through and through, I just want to perfect my craft and build a community. This place would not exist without both, you and me.

More stories from EJ Baumgardner and writers in Families and other communities.